(January 28, 2006) — Black History Month here begins next week on a sad note, given the death of Charles W. Frazier Jr., a local historian who also made history.

Mr. Frazier, who was 84 and a resident of Gates, died Jan. 20 of complications related to diabetes.

Along with his childhood friend Lewis Bracey, Mr. Frazier spent decades collecting and retelling the stories of African Americans in Rochester.

"They had a sort of quiet insistence that you keep alive the memory of those who marked the path," says David Anderson, the head of the Rochester Monroe County Freedom Trail Commission.

Though Mr. Frazier told the stories of other African Americans, his own life was certainly rich in accomplishment and meaning.

Despite prejudice, he paved the way for African-American workers at Eastman Kodak Co.

And he created a legacy of good will and friendship.

Bill Scott of Rochester remembers sitting with Mr. Frazier at the annual Clarissa Street Reunion. "My gosh," said Scott. "Every person who walked in, he knew who they were."

It was Mr. Frazier's style to greet old friends and new friends with a joke.

"He was mischievous, determined to make you laugh," Anderson says. "They could be stale jokes, lousy jokes, but his delivery was always timely."

As lighthearted as he was, Mr. Frazier took history seriously.

He and Bracey, who died two years ago, were partners in Frederick Douglass Associates, a company devoted to collecting Rochester's African-American history.

They spoke at schools, libraries and community groups.

"Chuck could tailor the telling of a story in such a way that seniors would hang on every word. And primary schoolchildren would, too," says Ruth Scott, the former city councilwoman and wife of Bill Scott.

There were at least two African-American Civil War veterans in the congregation when Mr. Frazier was young. They told him stories he would retell decades later.

Mr. Frazier was church historian at AME Zion for many years, eventually writing a history of the church.

"I am very proud to call this my church," he said in 2002. "It produced leaders who changed our lives. Today, I think we are still a shining light."

The two men were also among the first African-American Boy Scouts in Monroe County, members of a troop formed in 1932 by the pastor of AME Zion. Mr. Frazier was a star baseball player in his youth, a member of an all-black Rochester semi-pro team.

In 2001, he told the Democrat and Chronicle's Scott Pitoniak about a time when he hit a home run, only to have it called foul by a white umpire.

Mr. Frazier's teammates calmed his outrage. "They told me there were times we had to be twice as good as whites and this was one of them," Mr. Frazier said. "So ... I hit the next one in the same direction only about twice as fair, and this time the guy had no choice but to call it fair."

A graduate of the old Madison High School, Mr. Frazier went to work at Kodak in 1941, staying there for more than 40 years.

"When he went to Kodak, there was discrimination in terms of the kind of jobs an African-American man could get," says Charles Banks of Mumford, who knew Mr. Frazier almost all his life. "But he got beyond the broom and the mop to do more meaningful things."

"I would have gotten mad," says Mr. Frazier's stepdaughter Imani Dixon of Rochester. "The 'N' word was thrown around. Sometimes people didn't speak to him. He could have shriveled up and died from bitterness, but he didn't."

Mr. Frazier's first wife, Catherine Audrey Frazier, died in 1991. In 1996, he and Rosetta Sanders were married.

"He was noble, he was generous, he was concerned with humanity," Rosetta Frazier said of her husband. "When he passed guys on the street asking for money, he would dig into his pocket and hand them some."

In addition to his wife and stepdaughter, Mr. Frazier is also survived by his sons, Charles W. Frazier III and Carlton Andre Frazier of Florida, as well as his stepson, Arthur Crutchfield, and another stepdaughter, Nellie King, both of Rochester.
Click to expand... 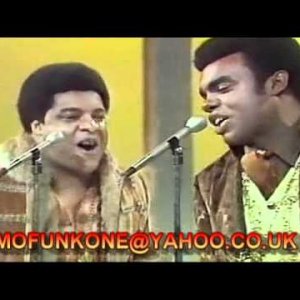