"The Republicans are terrible and the Democrats aren't much better," Barkley told the gathering before signing copies of his latest book, "Who's Afraid of a Large Black Man?"

"I think I would be a great governor."

"My platform is very simple: I'm going to improve public school systems and make neighborhoods safe," Barkley said. "Politicians do a great job of making you argue about things that aren't important. They want you to argue about the war in Iraq, about gay marriage and immigration. I'm against the war, but I support the troops. If gay people want to get married, that's none of my business. Immigrants are great people, working their behinds off.

"But really, America is divided by economics. It's the rich against the poor. And the gap is widening. We've got to find a way to uplift poor people. It shouldn't be the haves vs. the have-nots. My No. 1 agenda is trying to band together the poor people, especially the black people. We have to take better care of our neighborhoods, we have to stop killing each other, we have to stop having babies we can't afford and we have to strengthen education. That's what we have to do."

Peace and Blessings Family ... i found the above article interesting, Mr. Barkley talking of banding together poor people, especially the Black people ... when he married a white woman. Wouldn't marrying a Black woman be a wonderful example of banding together Black people? I guess he has better ways of doing it, than the obvious.

I remember when our Beloved Sister Kola Boof visited with us, and spoke on his book ... "Who's Afraid of a Large Black Man?" ... she said he, Charles Barkley, is afraid of a large Black Man ... because he married a white woman ... insuring that he would not be creating a Large Black Man.

He married a white woman? That's no dealin. I thought of reelin with that feelin, but it's not healin. Gotta think up a way to go chillin with that Krillin. But no matter what I do, I'm sinkin with the pinkin. Linkin? Now you thinkin.

porchinprime said:
He married a white woman? That's no dealin. I thought of reelin with that feelin, but it's not healin. Gotta think up a way to go chillin with that Krillin. But no matter what I do, I'm sinkin with the pinkin. Linkin? Now you thinkin.

I don't understand much of anything you said above. If you want to continue taking part in discussions with us, you need to communicate in a manner that we can understand the point you're trying to make / share.

If you want to talk in riddles & rhymes, confine your comments to the poetry and joke forums please. 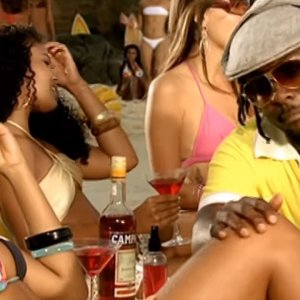