PLEASE LISTEN TO THIS BROADCAST!!

On February 28, 2011 Charal Thomas was shot 12 times by a Fort Worth police officer during a traffic stop. Also, in the vehicle with Mr. Thomas was his three minor daughters ages 11, 8 and 7 and another adult passenger. According to news reports the officer stated he asked Mr. Thomas to exit the vehicle after he found outstanding warrants. When Mr. Thomas refused to exit the vehicle the officer contends he placed his arm inside the vehicle to unlock the drivers side door. That is the point in which the situation turned deadly. The officer then contends Mr. Thomas rolled up the window with his arm trapped inside and proceeded to drive off, at which time the officer then opened fire killing Charal Thomas. The other passengers inside the vehicle were all unharmed but Charal Thomas was pronounced dead upon arrival at John Peter Smith Hospital. The "Stop Six" community of Fort Worth is outraged and demanding answers from the FWPD and city leaders.

Yes, it is always a tragedy whenever a family loses a loved one.

Yes, it is a tragedy for any child to witnes his/her parent's death.

Yes, it is always a tragedy whenever a Black man, woman or child's life is taken by any hand.

But, I'm not gonna jump on the bandwagon with all those who have seemingly "deified" this young man after death and condemned the officer.

IF this man DID roll up that car window, trapping the police officer and DRIVE OFF, then, that officer's life was in danger.

Perhaps instead, he should have shot out the tires of the car...instead of the driver?

Interestingly, the "passenger" who was in the car nor his children have made any comment on if Mr. Thomas rolled up the window on the officer's arm nor on Mr. Thomas' comments/actions to the officer before the shooting.

Reportedly, Mr. Thomas stated to the officer that he wasn't going back to jail and then rolled up the window when the officer reached into the car to unlock the door.

During this stop, he had warrants for his arrest for unpaid tickets.


....The Texas Department of Criminal Justice shows Thomas had a record. He was convicted of drug charges in 1997 and spent time in and out of jail until he was finally paroled in 2007.

Regardless of his past, those who knew him are angry and hurt that he's gone....

No drugs found in SUV that man was driving when shot by police officerPosted Friday, Mar. 04, 2011
By Mitch Mitchell

FORT WORTH -- Police found no drugs in the SUV that a man was driving when he was fatally shot by an officer Monday.

They did seize more than $3,600 that Charal "RaRa" Thomas had at the time of the incident, according to a police report....


...Undercover officers were watching Thomas, who they suspected might be trafficking drugs, and saw him get into the Expedition. They asked a patrol officer to stop Thomas based on two traffic violations they witnessed: turning without signaling and stopping in an intersection, police said.

After the stop, Thomas was found to have traffic warrants. Romer, accompanied by two assisting officers, ordered Thomas out of the Expedition, but he refused and locked the doors. When Romer reached through the partly open window to unlock the driver's door, Thomas rolled it up, trapping the officer's arm, police said.....

He was ticketed for having television screens in his vehicle within the view of the driver and driving without a license, with accompanying fines of $232 and $224, respectively, Vennum said.

Two subsequent warrants for failure to appear had accompanying fines of $270, Vennum said....

I'm left to wonder how the truck stopped after the driver was shot. Did the officer dive thru the broken glass and hit the brakes? Which would prove to be difficult being that the victim is still in the drivers seat! Did the other adult in the car reach over and pump the brakes? Which would prove to be even more difficult seeing as their friend was laying their beside them leaking from the gun shots! Did one of his daughters jump into the front and hit the brakes? Doubtful being that their father was just murdered!

Did the truck run into something forcing it to stop after spinning out of control as the driver took his last breathe?

Unfortunately, the article doesn't say or i didn't see it so i'm left to await what the adult witness has to say if they haven't scared them to death with threats already...As it stands the 'arm stuck in the partially rolled down window' doesn't sound to kosher!

DO you know how hard it is to shoot with your arm stuck in a window and hit ONLY THE PERSON YOU WERE AIMING AT INSIDE A MOVING VEHICLE?

The bullet (s) and glass would have been flying everywhere and the officer himself would have more than likely gotten his arm cut up especially if he's a lefty.

Also, the first post/blog says that the OFFICER approached the vehicle. Then the Newspaper article says he was being watched and the OFFICERS were asked to stop the vehicle by detectives watching. 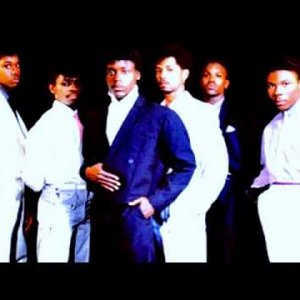