In life we have all kinds of encouters with people and things that give us stress and cause us to struggle. Today I would like to discuss something that troubles me. i don't like beef but beef is hard to avoid when we are so different from one another and each one of us would like to convince the other of our point of view. Which reminds me of what Grand Master Chen Xiaowong one of my kung fu teachers said about Truth. He gave an analogy of truth being a spiral stair case with a pole at its center. Master Chen said the pole is truth and from each point on the stair case we all see the pole differently but we are are seing the truth regardless. As you go up and down the truth changes. In life we evolve, learn more and grow which is the same as moving up the staircase. Our view of the truth changes with us and some one below us or above us may have a different view of the truth but we all are right.

This analogy of Master Chen connected with what my Indian Yogi teacher said once that everyone is doing the best for the level they are on! Some peope are fighting those who they seem as threats to what they hold dear and there are those of us who are letting go of those things because we want to embrace a more holistic view. But it is easy to put a pint into a gallon than it is to put a gallon into a pint. People less spiritually evolved use their claws and teeth and whatever weapon they have available to them to try and stop those who make them insecure. Us spiritual people must put on the armour of God. It is no secret that men love darkness more the light and throughout history and today persuecute all those who attempt to bring light to the world. So this is why such great knowledge that is now being released in this information age is coming out of secret. It is time!

But we will never be without those who make themselves our enemies because they wish to run us away or destroy our voice so that we will not be heard. Master Zhang told me once that there were four great lights in the Ancient world Egypt, India, Greece and China. And he said all of them have gone out except for China. Dr. Micheal Frost shared this with me in his book Choosing Life he wrote that China survived the stamping out of the light because of the huge mountainous ranges that made it hard for armies to travel into and kill the sages. The armies of darkness are the ignorant who strongly believe they are right and don't know what they are doing. That's why Jesus said from the cross "Forgive them Father for they know not what they do! I shall follow the master's words and forgive this sins I now post:

Brother Jamesfrmphilly wrote a brilliant thread over a year ago, that I'd like to share with you:

This website is dedicated to loving, encouraging, embracing, teaching, and building with black people. Therefore when a person comes here (1) Trying to promote a rift between African Americans and Jamaicans. (2) Promoting mixed raced individuals. (3) Making claims that blacks are racist peope. (4) Promoting interracial relationships with black women. One would logically question what there purpose and agenda is. This is especially true when there have been whites who joined this website (that admitted who they were), and espoused the same ideas. If you look closely at brother Jamesfrmphilly's list, it is apparent which I've questioned you!

Who do you think you are?

You dont have a right to tell people who I am because I'm not some droid who follows what you say is the right thing for blacks who are dedicated to loving, encouraging, embracing, teaching, and building with black people should view life.

We are different PanAfrica and antagonizing me is a weak form of jealousy.

I'm a good person trying to steer my people on the path of the light whereinas you are trying promote a militant stance on everything.

But you are not a warrior PanAfrica you are a bully who likes to throw stones but you don't like to catch them.

I am PROBLACK meaning I love who I am and my people.

Hating whites is not PROBLACK anybody can take that stance and be an agent of the govt at the same time.

Love unconditionally is something that can't be faked.

When you love someone or your people and want nothing in return.

I will die for my people but I am not going to hell with you or following down no dark paths because you say it it right.

I've got nothing to prove to you or anyone else only GOD!

My life is for GOD and GOD alone can judge me and say what I am not you PanAfrica.

And quit this antagonzing me being the anti-hero suits you but it aint dedicated to loving, encouraging, embracing, teaching, and building with black people

Brother Akilles ... for the record, you are on the watch list and close to being banned.

It isn't just Brother PanAfrica that's not feeling you.

If staying here is what you want to do, tread carefully.

This thread is closed. 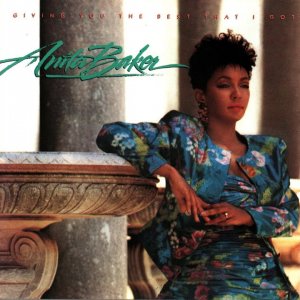