Sami_RaMaati said:
Moving along to "The Hemispheres of the Brain", the salient point is that the brain is divided into two hemispheres-left and right. Among other things, the left hemisphere governs external modes of acquiring knowledge about the world around us and the universe, while the right hemisphere governs internal modes of acquiring knowledge--so called left brain vs. right brained thinking. The left brain processes information in a linear, sequential fashion, e.g., it looks first at A, then B, then C, then D, and so on, and formulates an opinion. The problem with left brain thinking is that it is segregative, and focuses on parts of the whole and external differences between those parts. It is inherently incapable of seeing the relationship between A, B, C, & D to each other and the relationship of each to the whole. An example of left brain ways of acquiring knowledge would be reading books (sequentially putting words together to form sentences, paragraphs, chapters, etc), doing experiments (moving sequentially from hypothesis to testing of hypothesis to drawing conclusions and generating new hypotheses from that), consulting experts, etc, concerning that which one wishes to know. An example of a right brain way of acquiring knowledge would include going into deep meditation, tapping into the highest parts of the spirit where the divine wisdom resides, and intuiting the knowledge from the highest source. This is then assembled into a big picture, a function that the left brain is incapable of. On a more practical level, the right brain processes things not sequentially, but as a unit. In other words, it processes parts A, B, C, & D simultaneously-as in looking at a photograph or a piece of art- and sees the relationship of the parts to each other and to the whole. Men are predominantly left brained, while women are predominantly right brained.

All expressions of a culture depend on which of the two hemisperes of the brain is dominant in the leaders of that particular culture. Afrikan cultures are predominantly right brained, while the culture of the caucasians is predominantly left brained. Thus, white people engage in segregative type thinking, which explains why racism is so entrenched in their culture--they can only perceive external differences between human beings. They also acquire information about the world by external means: reading books, doing experiments, observing by looking outside of themselves and processing their observations in a segregative, linear sequential fashion. Afrikan peoples on the other hand, have cultivated the ability to tap into the divine part of the spirit and intuit knowledge of the universe and the world in which we live. The important point to note about the Afrikans of Kemet (so called ancient Egyptians) is that they were able to arrive at the correct balance of right and left brain thinking. That explains why they were able to get such a huge headstart in developing the hallmarks of a balanced civilization–spirituality, government, social systems that ensured the well being of all, as well as monument building, temple building, art, writing, math, science, astronomy, medicine, law, etc.

A Brief Definition of Religion

Religion, is derived from the Latin re ("again") + ligare (to tie back to). Thus true religions are those which tie its adherents back to their original source--The Creator (by whatever name one chooses to call It).

Trance is tough to define in simple terms, but it involves going deep within oneself. This can be done deliberately through meditation. It also happens inadvertently when we day dream, or get hyperemotional and "snap off" and say nasty things to our loved ones, only to "snap out of it" and experience remorse. If you hear of an elite athlete excelling in a game you're watching on tv, you may hear the announcer say so and so is "in the zone." Being "in the zone" is also a form of trance. If you go into black churches and see all the hootin', hollerin' and falling out, again, that is another example of people being in trance. You may be so egrossed in something, e.g., reading a novel, or listening to music, that you tune out the outside world. This is yet another example of being in trance. The point is, going into trance is a very common phenomenon which the Kamau (so called ancient Egyptians) systematically used to develop themselves spiritually as well as to fashion their societies.

The ability to go into trance at will is a characteristic of right brained (Afrikan) cultures, and is something women are much better at than men. It is what determines peoples ability to communicate with their ancestors, properly known as "ancestor communication" (misnomered "ancestor worship.") Cultures that value the ability to go into trance also value their women highly, since as noted above, women are so much better at going into trance than men. That is why in traditional Afrikan societies (including Kamit) women were so clout heavy. We can also see why European cultures devalue women so much: these cultures have no tradition of trance working, placed no value on the ability to go into trance, and hence looked at women as burdensome liabilities to be tolerated and used for procreation only.
Click to expand...

I have just began to go into trance like states , however i do know that i am not doing it properly. please provide some entry level methods sir. also in reference to connection with past ancestors ie family members do i just think about them or use their name in a matra in order to control my left side and give it something to do. How do i properly connect with my ancestors? I have much to ask them. thanx for advance for input. By the way excellant thread keep up the good work!

kemetkind said:
Also when I first read this sentiment on the european's supposed devaluation of women compared to Africans, at first I went along, but then I wondered, what society today elevates their women more than europeans?
Click to expand...

When the claim is made that European women are elevated, it must be stated in what capacity.

Few women of European descent are treated with veneration, and those that are, are not with an agenda behind it.

White women continue to be objectified, in such a manner that created the Feminist Movement.

The first female elected African head of state has been in office less than a year while euros have had ruling queens scattered throughout their last 400 years.
Click to expand...

This needs to be clarified....

All the Ruling female bodies were widowed to the crown; prior to such, their respective husbands.

The entire list, describes these European queens as "queen consort", or "wife of so-in-so".

No European throne was legitimized without a male ruler to marry the queen.

Regarding the current Queen Elizabeth of the UK, she is merely a figure head of tradition; the Parliament rules the UK now:

The head of state, theoretical and nominal source of executive, judicial and legislative power in the UK is the British monarch, currently Queen Elizabeth II. However, sovereignty in the UK no longer rests with the monarch, since the English Bill of Rights in 1689, which established the principle of Parliamentary sovereignty. None-the-less the monarch is still known as the Sovereign.

This is no different that the current Japanese goverment, wherein the Emperor is nothing more than a figure-head:

According to the Japanese Constitution, the Emperor (天皇, tennō?, literally "heavenly sovereign") is a symbol of the Japanese nation and the unity of its people. He is the head of the Japanese Imperial Family. Under Japan's present constitution, the emperor is a ceremonial figurehead in a constitutional monarchy (see Politics of Japan); in world politics, he is the only reigning emperor. The current emperor is His Imperial Majesty the Emperor Akihito, who has been on the Chrysanthemum Throne since his father Emperor Shōwa (Hirohito) died in 1989.

IN reality, European queens are nothing more than political celebrities, and not positions of power.

This not to be confused with the true power that African women held in ancient matriarchies.


Look at how American women dominate on the world scene when it comes to privilege, opportunity, access, etc (compared to women of eastern or african nations).

What women on the planet today are more clout heavy? (with a clout willingly given by their men).
Click to expand...

Consider how women rose to power in this post-modern world; they were "given" rights along side Blacks, the latter who, in the eyes of the White male, clearly did not deserve it.

Further, women began joining the workforce out of necessity, when men were off fighting wars. This was their (women's) means of assisting the war effort. This was all at the begrudgement of men, both home and abroad.


Is this another one of those stolen legacies where the european has hijacked our ancient truths and left us with their poison, or is it that we're evaluating the european with an outdated model, one which they have long since evolved from.
Click to expand...

For details of this, check out RUNA's book AFROCENTRIC GUIDE TO A SPIRITUAL UNION.

Aight brothers we need to move on to get discussion started on the other chapters....
A

emanuel goodman said:
I have just began to go into trance like states , however i do know that i am not doing it properly. please provide some entry level methods sir. also in reference to connection with past ancestors ie family members do i just think about them or use their name in a matra in order to control my left side and give it something to do. How do i properly connect with my ancestors? I have much to ask them. thanx for advance for input. By the way excellant thread keep up the good work!

If I may offer a suggestion. You can set up a trance state before going to sleep in during your set up stage, visualize any Ancestor in particular or concentrate on the desire to contact the Ancestors in general. Meditate on this for a few minutes and then proceed to sleep. Even if it doesn't happen right away, your contact with the Ancestors will be established and dreams will occur which will allow direct communication. Also, it helps to burn incense such as frankincense and myrrh, sage, cedar, etc.
I hope this helps you.

emanuel goodman said:
How do i properly connect with my ancestors?
Click to expand... 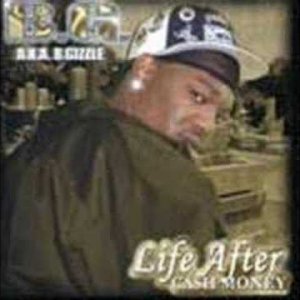