Chad is celebrating the opening of its first palaeontology department - only the fourth in Africa - following a discovery which shook up the understanding of human origins. Until a few years ago, most people thought that human life began in East Africa's Rift Valley.

Famous scientists like Dr Louis Leakey helped make the region famous, and called the area the Cradle of Mankind.

But in July 2002, a fossil was found in Chad which contradicted all previous

The discovery of a seven million-year-old skull, nick-named Toumaï, suggested that the Cradle of Mankind is further west, in the heart of central Africa.

He hopes it will train young Chadians to follow in his famous footsteps.

"For me today is a great day because now you have the first palaeontology department at the University of Ndjamena - it's just the beginning of something.

"Before Toumaï, we thought that the Cradle of Mankind was somewhere in East Africa so now we know that it's wrong, it's not the truth."

The new palaeontology department will have space for 46 students, as well as a high-tech laboratory to analyse the fossils.

The head of the new unit, Dr Mackaye Hassane Taisso, set out his ambitions for the future.

"Listen, Toumaï is seven million years old, so our ambition is to find something older," he told the BBC.

"If we find a fossil about 10 million years old, that would be great. We are placing the bar very high, but we need to."

Although it was Professor Brunet who led the team that found Toumaï, the skull itself was actually unearthed by a Chadian researcher, Ahounta Djimdoumalbaye.

"I first saw it three metres away," he recalls.

"Something was glistening in the sun - it was some teeth. My first thought was that it was a type of small pig.

"I looked at it all over - it was covered with sediment. It was only when I turned it over and I saw these two holes - the orbits for the eyes - that I realised it wasn't a pig, it was a real discovery."

Mr Djimdoumalbaye has a reputation for being a brilliant fossil finder.

Asked if he thinks he can find an even older human fossil, he is bullish.

The discovery of Toumaï turned the scientific community upside down, and researchers are now focussing on Chad's rich fossil reserves.

With the opening of its very own palaeontology department, there is now every chance of yet more amazing discoveries in this, new, Cradle of Mankind.
Click to expand...

I heard about this fossil finding a couple of years back. Chad is a compley place within Africa, it seems to be the place where East Africa meets west Africa. The fossil isn't homo sapiens sapiens and the earliest homo sapiens sapiens thus far have been found in Ethiopia in the Omo Valley and they date back to 200,000 years ago. 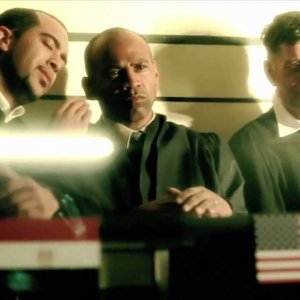