With the latest round of indignation of Catholicism continued inability to deal with child molesters and rapists, calls for an end to celibacy and bringing women into the priesthood are being heard anew. It seems to come at a good time with the church paying out millions in settlements, but bringing women into the priesthood and ending celibacy is to paint over the problem.

The problem is simple. The Catholic Church, as well as nearly any church, is a haven for child molesters and sexual predators. Why? The answer to that question is also simple. What better place to hide than in a position of respectability, and, religion carries that power with it for better or worse.

This news is old news and new news in that it keeps coming back and nothing is ever done to solve the problem. Priest, ministers, preachers, monks and other religious figures who molest children and use their positions to take sexual advantage of others should be reported to the police. It is a crime. No the church should not deal with it. It has had centuries to deal with it and the best the Catholic Church could do was to move the offenders to another parish where they could molest again.

Celibacy is surely an unnatural act considering human nature. However, the rejection of the flesh is indeed a difficult sacrifice, but it is not celibacy causing these problems. Unfortunately, priests have been having heterosexual and homosexual relationships since the church began. There is nothing new in that. In fact, before 1200 AD, priests often had families. However, because of the corruption in the church and the passing on of church properties to a priest’s family at his death, the powers in Rome implemented Celibacy as a condition of being a priest.

In general, those who are sexual predators put themselves in positions where they have access to the prey of their choice and those positions are usually places where they are least expected. Examples includes school teachers, gym teachers, scout leaders, choir directors, camp leaders, the clergy and other positions that are high trust categories for the general public. This is where they hide.

The continued failure of the Catholic Church to take direct punitive action against these predators has led them to the church where they have a safe hiding place and ample opportunities. Perhaps, it is time to deal with the church.
K

Can I say, Amen to all that you have said here...

this is not a new problem by any means, but each time it happens it's supposed to cause a gasp of shock/horror from the public...I don't think so...the general public, not to mention the victims and their families, are sick and tired of nothing being done about most, if not nearly all of these instances...it's a classic case of the ostrich burying it's head in the sand, or the " sweeping it under the carpet" syndrome, and as you said , it is getting old, in fact it's ancient!...

the Catholic Church has placed it's self above the law, and has been allowed to do so by a justice system that rules the rest of society...how many times in how many of these cases has it been heard that the leader of the church knew that the abuse by one of the priests or teachers was happening, but nothing was done about it...or the church has been allowed to say that they will deal with it in their own way...why is the catholic church allowed to hide behind it's religious cloak and be unanswerable to law and order, unlike the rest of society....

as you stated, this is not about celibacy, which I too think is against the laws of nature, but it is all about providing a safe, secure haven, for sexual perverts and paedophiles, to practice these repeated acts of perversion, cruelty, and horror, on innocent children who are available to them at any time...it's like letting a sugar addict loose in a candy shop...and it will not stop or go away until the catholic church is made accountable for it's goings on in the church, as a part of society, not as a separate society on it's own....

They have passed these people along for years, moving them from once place to another after they pronouce them "cured". Even Oral Roberts couldn't heal these people and moving them to fresh hunting grounds is certainly no way to do, especially when they are passed off as shepherds of the flock and instead turnout to be wolves in sheeps clothing.

No, it is nothing new and that is sad. Unfortunately, religion is a willing dupe in this facade as it unwittingly supplies a home for these predators. It is not all their fault because it is natural for the predator to apply stealth in searching for victims. However, what is unnatural is for someone else to knowingly supply victims pretending the predator has become a sheep.

The wolf remains a wolf no matter how much wool it wears. It is a wolf and wolves are carnivorous--they hunt. The Catholic church needs to stand to the answer and that is that it is wrong in its past handling of such cases. Celibacy has nothing to do with it. It is about opportunity.

R. Kelly may be one and if covicted he should do the max--you are so right--they are everywhere they can hide and the best places to hide are in positions of authority--where they are unquestioned and make their own rules--I see no cure for them other than removing them from society or put them in a society that tolerates it--but I don't think that will happen.

when I first read the last part of your response my reaction was that I shudder to think that there could be any society that would tolerate the behaviour of paedophiles...but then on thinking about it, I think we already have a society that tolerates this behaviour...society in general tolerates it because not nearly enough is being done to stop it...

also it makes you think, that if this kind of behaviour is recognised here and is known to happen and still there is not a harsh enough punishment to stop it or at least put a halt to it, imagine the extent of abuse of paedophiles in say, third world countries where media attention and public awareness would not be anywhere as vocal as what it is in other countries....

and I have to agree with Kem that it is not only the paedophiles that need to account for their behaviour, but their enablers as well, who are in fact accomplices or accessories to the crime, and therefore should also be made accountable...

in our society we have paedohphiles putting innocent children through hell on a daily basis, and when it is suggested that lists should be compiled and photos of the paedophiles made available to the public so that you know when they are in your neighbourhood, all the do-gooders say it is unjust because they (the paedophiles) have already paid for their crime....yet they have nothing to say about a childs life being destroyed or taken from them..these victims do not suffer for a short term...they suffer for the rest of their lives, and so many of them never recover or are able to live a normal life....tell me where that is fair... 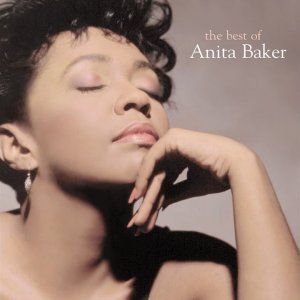