Health and Wellness : Can Drinking Alcohol and cutting back on Prescription and OTC Drugs counter Spike Proteins in COVID19 as well as the Vaccine for COVID19?

Of course this is all speculation and I don't know for sure but I have been reading recently about an enzyme inside our bodies that's located in the liver called Cytochrome P450 2E1. According to an article on washington.edu 'reseachers Develop A New Houseplant That Can Clean Your Home's air' In our bodies 2E1 turns benzene into a chemical called phenol and chloroform into carbon dioxide and chloride ions. But 2E1 is located in our livers and is turned on when we drink ALCOHOL. So it's not available to help us process pollutants in our air.' This is the reason why they modified it in a houseplant. to fight pollution and VOCs. among VOC's in the air are wild proteins that comes from various plants and trees. Of course the COVID 19 virus has various proteins in it's structure. So I would think that a genetically modified houseplant could help clean the air of possible COVID 19 contamination. The 2E1 that's in our bodies would not stop the invasion of COVD19 into our bodies but once the virus activates spiked proteins inside our bodies I would think that it might be possible that the liver could help ease or treat some of the proteins that's spiking in our bodies if it's metabolism is enhanced by drinking alcohol. according an article on sites.tufts.edu 'Cytochrome p450 2E1- When blood ethanol concentration is high the rate of ethanol metabolism by 2E1 increases. and in an article on pubchem.ncbi.nlm.nib.gov 'Cytochrome p450 2E1' A cytochrome p450 Monooxygenase is involved in the metabolism of fatty acids. and of course some fatty acids are in the form of Amino acids. 'When you consume protein and digest it into amino acids, you're obtaining the building blocks for both proteins and, eventually, nucleic acids'-taken from livestrong.com 'Why Humans Need Nucleic acid'. According to wikipedia the structure of a virus mostly consists of the nucleic acid, the capsid as well as the outer envelope. So a charge up 2E1 in the liver should be able to dismantle the virus inside the body by removing the proteins that's inside the virus' envelope.

In an article on sciencedirect.com 'Cytochrome P450 2E1 and it's roles in disease. the level of 2E1 is affected negatively by the rates of oxidation of drugs, particularly acetaminophen and anesthetics. In my eyes this is a big deal because it means that if you are a person that regularly take otc counter drugs or prescription drugs then the rate of how 2E1 in the liver metabolizes toxins is much lower. this could possibly be why so many people in retirement homes have been devastated by COVID19 because I'm sure most of them are on some kind of otc or prescription drug. But of course this is only speculation. I'm sure no studies have been done. But it still kind of makes you think.

Health and Wellness : Effects of drinking one can of Coca-Cola 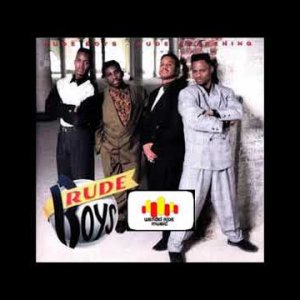