Black Atheists : Can an athiest be spiritual?

I realize this is an old thread but I want to respond anyway. My apologies for the length.

The word "God" in Hebrew is "el" or "elohim", much like "al" or "ol". This word doesn't actually mean "God". It literally translates to "power". So this is why the same word was used for powerful people or people in positions of authority like judges and kings. YHWH even tells Moses, "see I have made thee a god to pharaoh".

So the first thing you have to do is go back and understand what the word God means. Did it always mean what you think it means now? Or did it evolve into a very specific understanding whereas before it was understood more broadly? For example... the word "gay" once meant "happy" but its current meaning is so... widely used now that the previous meaning is now depreciated and fundamentally obsolete.

But if you can understand that things and people can be powerful, and this is where the notion of "gods" originated, then yes, an atheist (such as myself) can believe in different powerful entities. It's only once you treat those entities as personalities and personify them that you attach the notion of worship. I regard our sun very highly as it is, in my opinion, the source of all life on this planet and sustains all life on this planet. Everything is solar powered. The plants take energy from the sun. Animals eat the plants. Other animals eat them. And the circle of life continues as we eat nearly everything, and add the energy they acquired, and the physical material that they grew in order to collect energy, into our own body, and into our own ability to collect energy. We are all energy collectors and consumers.

But is the sun alive? Depends on your definition. I think anything that is animated by energy as "alive" in a very basic sense. But I think the concept of life itself evolves with higher forms of life, until at some point, you get intelligent life; self-aware and conscious. And then at some point we consider them too intelligent to eat and we keep them as pets instead.

Other people saw the sun and said... yep... I feel its heat. I can literally feel its power. And so that is a god. And they honored it. Whether they treated it like a person, I'm not convinced. I think at different places and points in history gods were taught as manifestations of scientific concepts. They were personified as a means of teaching ancient science using a very artistic style which engaged both hemispheres of the brain. Mythologies are much easier to remember.

But then some people came along and they took those metaphoric entities and they said that these stories, which people clearly made up, were literally true. And thus, atheists needed to distinguish themselves from those people who believe in literal gods, being "persons", rather than the forces of nature that they were in ancient times. But this understanding of "gods", like the word "gay", is depreciated and obsolete. And it's really unfortunate because I believe that understanding forms a bond between our past and present science. It doesn't require us to believe that God had a son who he HAD to send to save us from our sins because he would also HAVE to kill us for sinning even though we're still going to die so that he could bring us back to life and in some magical way lose our ability to sin anymore (which violates free will) but
somehow in some way that you aren't a mindless automaton. Well this is what Christians believe the NT says. I don't think it says that at all. I'm pretty sure it expects believers to stop sinning on their own,
because they are "children of God" and because God doesn't sin and because his seed, the same that was in Yeshua/Jesus, is the same seed in all humanity whether it is realized or not. And therefore a "son of God" is one who manifests love as human behavior should be, one to another, and not one who, like Cain, hates his brother.

This is the spirituality (located in 1 John 3) that is missed by the masses in favor of the errant belief that all they need to do is believe and God will fix them and give them eternal life. And it is that chalice, that holy grail, that people are after. NOT GOD. Sorry... but let's be 100% real. God, for most people, is only a means to an end. As an atheist I know I'm going to die and I accept that. Period. So it is how I live this one life... that matters. Because there wont be another shot. And this the basis for my spiritual path and my expectations of myself and my own righteousness. I don't have a god to forgive me for everything I do. I have to choose who I want to be and who I want to be known as being and what kind of legacy to leave behind to my children. 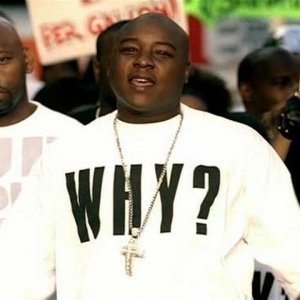