Around 55 people have been killed so far as two population groups in western Côte d'Ivoire started slaughtering each other yesterday. The town of Duékoué is now plagued with revenge attacks between two peoples representing the north-south divide of the country, spurring fears that Côte d'Ivoire's fragile peace process again could be threatened.

In the night between Tuesday and Wednesday, the first well-planned attack on the majority Guéré people of Duékoué town took everybody by surprise. The perpetrators, commonly believed to be from the northern Dioula people, killed 41 people and wounded 61 on the outskirts of the major cocoa marketing town.

Today, as Guéré civilians from the town's outskirts have sought refuge in Duékoué, the fronts between the town's two major population groups have hardened. Armed groups of Guérés and Dioulas are engaging in revenge attacks. At least ten more people have been killed in these attacks since yesterday's massacre, according to local police reports.

The Guéré and Dioula peoples are indeed not clashing for the first time. As is typical for parts of the region, conflicts over land rights have turned violent between "northern" cattle herding peoples and "southern" farming peoples. The farming Guéré people has for decades felt its lands were occupied by foreigners growing cocoa and the Dioula - cousins of the Mandinka from Guinea and Senegal - a Muslim minority people controlling much of the town's trade a cattle raising.

The town of Duékoué is located in the government controlled area of south-western Côte d'Ivoire, closely to the rebel held regional centre Man. While the escalating conflict between the Guéré and Dioula peoples are not a direct product of the Ivorian civil war, it may easily develop into a symbolic fight, reflecting the fronts between the rebel held north and the government controlled south.

According to the UN peacekeepers in Côte d'Ivoire, UNOCI, the massacres of Duékoué are the most serious clashes in the country for several months. Côte d'Ivoire in general is observing a fragile and tense ceasefire, where UNOCI is trying to initiate a disarmament programme. The programme at this stage is directed towards local militias and armed groups such as fractions of the Guéré and Dioula peoples.

The new fighting therefore comes as a big setback for the peace process as it demonstrates the UN's and the government's incapacity of protecting civilians. Militias will further doubt their participation of the initial disarmament programme. There are also fears that the conflict in Duékoué - if not checked very soon - may again radicalise northern and southern groups, thus further slowing down the national peace process.

The UN peacekeepers in Côte d'Ivoire yesterday were the first to warn of the possible negative impact of the fighting. The clashes would be dealing a blow to the reconciliation attempts of the past month, UNOCI said, strongly condemned the attack.

The UN mission further said it had reinforced its troops in the area with mobile patrols and stationary units in the area, which is under Ivorian Security and Defence Forces control. UNOCI yesterday sent a team of human rights experts to the area and called on the Ivorian government to "arrest the perpetrators and try them in conformity with the law."

It’s good to 'see' you give the same attention to Ivory Coast like you give to Sudan!

Kwango, if you wouldn't mind, I'd appreciate it if you would email me. I'd be interested in hearing more about efforts and energies directed at unification of Africans, but feel that that just ain't gonna happen in a "black" or an "african american" forum. Thanks.
K

Brother AnAfrica, give me your email address, I will contact you shortly.

I don't have premium membership, you need to give me an email address.

Kwango_Likemba said:
Brother AnAfrica, give me your email address, I will contact you shortly.

I don't have premium membership, you need to give me an email address.
Click to expand...

mskila[at]speakeasy.net - i'm sorry, i thought you'd be able to click on my name, get to my profile and send an email from there.

Cote d'Ivoire : In Context Series: Deforestation and Agricultural Productivity in the Côte d'Ivoire

Cote d'Ivoire : Cote D'Ivoire's Gbagbo's right;UN should leave/ but the AU should throw him out! 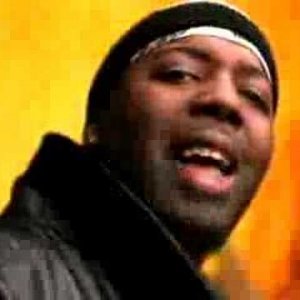