Black People : Bush Provided many with Wealth and Fame

No president in the history of the United States of America

made so many people wealthy and popular and some famous from making films, documentaries, and books about his destruction of peace and civility, on the planet!

reporter; Greg Palast, author of "The Best Democracy Money can Buy" a household name amongst progressives

It also gave Michael Moore, millions after he won the acadamy award for Bowling For Columbine, where
his
"Farenhieght 9/11" was the biggest grossing documentary in the history of the world as well as the top mive beating out all Hollywood fliks concurently showing at the time

The 9/11 incident created;
the impetus for fim makers, prgressives and lovers of truth and peace
to create over 20 different videos exposing thias sham, by Bush Cheney Wolfowitz and Rumsfield

became famous thanks to Bush

then the Iraq war;

and his anti-terror Czar, Clarke came out with a best seller

No End In Sight

became extremely popular all getting millions of readers

got as many hits as CNN, ABC, and the New York Times

then televison, he made so many comedians and night show hosts famous, every time he screwed up a speech, or made some stupid lie or lied about some stupid war, just to get his ratings up and,
that kept these folks ratings up for over 7 years

But let's be honest, practicaly half the white population in this nation where embarassed about this room temparature IQ jerk and his "handler" Carl Rove

about 98% of us where sick of this dude too.

So when folks give you that old sing song
"Oh , well nobody complained about Bush"

Ankhur said:
No president in the history of the United States of America

made so many people wealthy and popular and some famous from making films, documentaries, and books about his destruction of peace and civlity, on the planet!
Click to expand...

Yep, a cryin' shame...BUT then his administration flipped the script so much so, that they live in bankrupt states, in upside down mortgages, hammered in taxes, stock worth going down by the minute...foundations crumbling right before their very eyes, Wow, as they say, what glitters isn't always gold....the wealth of the wicked laid up for the just.

Black People : Bush Jr Vs Obama: Really Who's Fault Was Or Is It?
2 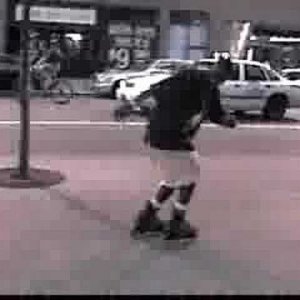