Here it is. The smoking gun. The memo that has "IMPEACH HIM" written all over it.

The top-level government memo marked "SECRET AND STRICTLY PERSONAL," dated eight months before Bush sent us into Iraq, following a closed meeting with the President, reads, "Military action was now seen as inevitable. Bush wanted to remove Saddam through military action justified by the conjunction of terrorism and WMD. But the intelligence and facts were being fixed around the policy."

Read that again: "The intelligence and facts were being fixed...."

For years, after each d**ning report on BBC TV, viewers inevitably ask me, "Isn't this grounds for impeachment?" -- vote rigging, a blind eye to terror and the bin Ladens before 9-11, and so on. Evil, stupidity and self-dealing are shameful but not impeachable. What's needed is a "high crime or misdemeanor."

And if this ain't it, nothing is.

The memo uncovered this week by the Times, goes on to describe an elaborate plan by George Bush and British Prime Minister Tony Blair to hoodwink the planet into supporting an attack on Iraq knowing full well the evidence for war was a phony.

A conspiracy to commit serial fraud is, under federal law, racketeering. However, the Mob's schemes never cost so many lives.
Here's more. "Bush had made up his mind to take military action. But the case was thin. Saddam was not threatening his neighbors, and his WMD capability was less than that of Libya, North Korea or Iran."
Really? But Mr. Bush told us, "Intelligence gathered by this and other governments leaves no doubt that the Iraq regime continues to possess and conceal some of the most lethal weapons ever devised."

A month ago, the Silberman-Robb Commission issued its report on WMD intelligence before the war, dismissing claims that Bush fixed the facts with this snooty, condescending conclusion written directly to the President, "After a thorough review, the Commission found no indication that the Intelligence Community distorted the evidence regarding Iraq's weapons."

We now know the report was a bogus 618 pages of thick whitewash aimed to let Bush off the hook for his murderous mendacity.

Read on: The invasion build-up was then set, says the memo, "beginning 30 days before the US Congressional elections." Mission accomplished.

You should parse the entire memo -- reprinted below -- and see if you can make it through its three pages without losing your lunch.

Now sharp readers may note they didn't see this memo, in fact, printed in the New York Times. It wasn't. Rather, it was splashed across the front pages of the Times of LONDON on Monday.

It has effectively finished the last, sorry remnants of Tony Blair's political career. (While his Labor Party will most assuredly win the elections Thursday, Prime Minister Blair is expected, possibly within months, to be shoved overboard in favor of his Chancellor of the Exchequer, a political execution which requires only a vote of the Labour party's members in Parliament.)

But in the US, barely a word. The New York Times covers this hard evidence of Bush's fabrication of a casus belli as some "British" elections story. Apparently, our President's fraud isn't "news fit to print."
My colleagues in the UK press have skewered Blair, digging out more incriminating memos, challenging the official government factoids and fibs. But in the US press  nada, bubkes, zilch. Bush fixed the facts and somehow that's a story for "over there."

The Republicans impeached Bill Clinton over his cigar and Monica's affections. And the US media could print nothing else.

Now, we have the stone, cold evidence of bending intelligence to sell us on death by the thousands, and neither a Republican Congress nor what is laughably called US journalism thought it worth a second look.

My friend Daniel Ellsberg once said that what's good about the American people is that you have to lie to them. What's bad about Americans is that it's so easy to do.


You'd think this would be EVERYWHERE in the American press.

Except for hearing of it ONCE, nothing.

THEY NOW HAVE PROOF, BUSH HAD AMERICA ATTACK IRAQ UNDER FALSE PRETENSES and nothing!
O

You'd think this would be EVERYWHERE in the American press.

Except for hearing of it ONCE, nothing.

THEY NOW HAVE PROOF, BUSH HAD AMERICA ATTACK IRAQ UNDER FALSE PRETENSES and nothing!

One problem, the people who actually impeach Bush are bought and paid for. Congress and the Senate are a joke. He won't be impeached unless Dems. take back the Congress and Senate. Then maybe. Until then, all the evidence in the world can come out and they'll just have B/S investigation with no accountability being held by anyone. Everyone (who has a brain) knows Bush lied. He's been lying since he got into the white house.
S 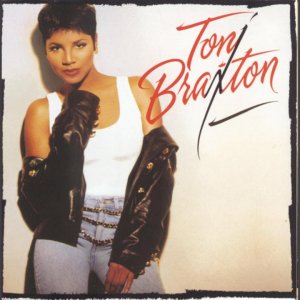