Courtesy of William Holland​
African-American genealogist William Holland, dressed in traditional garb, shows off the ceremonial masks he bought on eBay. He plans to return the masks to the tribes from whence they came during a trip to Cameroon.​
By Alan Boyle, Science Editor, NBC News
When family researcher William Holland flies back to his ancestral homeland in Cameroon next week, he'll be bearing gifts: ceremonial masks that were taken out of Africa decades ago, purchased by Holland in online auctions, and now destined to be returned to the tribes from whence they came.

"You're always supposed to give back," Holland said. "Even if you have nothing, at least try to give something to somebody so they can move ahead, even if it's something as simple as a book. Now I'm able to do what's right and return these items that were stolen...."

....Holland has spent more than a decade fleshing out his ancestral connections. He's used documents, DNA tests and extensive interviews to trace his family back through the slave era in the South, back to Cameroon in West Africa, and maybe even back to Syria in ancient times. He's learned how people from Cameroon's Oku clan were kidnapped by slave traders in the 1700s, rounded up and sent to America. Those were the people who passed down their genetic heritage to Holland.

Now he's giving back, thanks in part to eBay.

The Atlanta businessman's project began when he learned about a statue of Ngonsso, the founder of Cameroon's Nso dynasty, which was taken from the country in the early 1900s during the colonial era and ended up in a German museum. Cameroonian officials have been working for years to get the statue repatriated, and Holland was looking for ways to support the campaign. During his research, he and his contacts in Cameroon came across items of cultural interest that were coming up for sale on eBay auction sites.

"Throwing knives, caps, many things from the palaces are on sale here in the U.S.," Holland said.

Holland decided to spend his own money to buy some of those items, including the masks. "One has been identified as an Oku mask, the other is Nso," he said. The Nso mask, depicting a colorful elephant, was said to be used by a secret society in their ceremonies, while the humanlike Oku mask was worn during funerals....

Over the past year, William Holland's African-American family tale has grown in the telling, thanks to genetic testing and a whole lot of trans-Atlantic travel. The latest twist is a doozy: The Georgia resident has turned his research into a story that goes back to the seventh century.

Holland says he has found links to ancestors who lived in the Cameroonian region of Oku, who were captured by neighboring tribes and taken as slaves in Virginia. His story illustrates how the descendants of slaves can go beyond a painful chapter of American history and find their place in the broader sweep of world history. But the outcome isn't as precise as a paternity test.

And it's not just an academic exercise. We're talking real families here. A year ago, Holland thought the genetic linkages showed a strong tie to royalty in a Cameroonian region known as Mankon. But after additional genetic tests and consultations with historians in Africa — including Samuel N. Wambeng, Nji Oumarou Nchare and Aboubakar Mgbekoum — he has focused on Oku instead. In fact, some of the people living around Mankon just might be the descendants of tribes that were involved in the slave trade.

"In Mankon, there were people who were dealers in trading people," Holland said. "They didn't trade their own people, but they were trading people from outside their community. So now it makes sense that I was not directly related to the palace in Mankon. Did my people come from there? No. Did they pass through there? Yes."

Courtesy of William Holland​
Atlanta genealogical researcher William Holland, left, stands alongside the Queen Mother for the Ghanaian village of Adidokpoe-Battor (center) and William Akpaglo. The two Williams share genetic markers, suggesting that they are distantly related.​
​
By Alan Boyle, Science Editor, NBC News
Based on his genetic profile, William Holland considers himself a descendant of noble families going back more than a millennium. Between then and now, however, his ancestors were dispersed around the African continent — and some of them were brought to America as slaves. That's the branch of the family to which Holland and his family belong.
Now, Holland is bringing the centuries-old saga of his family full circle by inviting his long-lost relatives to come from Africa to America. If Holland's plan works out, African royalty will meet face-to-face with the descendants of slaves and slave owners in Virginia.
....The genesis of Holland's plan goes back to the trips he's taken over the past year to fill in the gaps in his genetic heritage. Y-chromosome tests suggested that his ancestors were related not only to a royal family in the West African nation of Cameroon, but also to a noble family in Ghana, hundreds of miles away.
"I'm overwhelmed now," said Holland, who is the great-grandson of a slave who found himself serving in the Confederate army during the Civil War. But Holland isn't too overwhelmed to make a kind of sense out of his tangled genetic tale.
This month, during a visit to his genetic relatives in Ghana, Holland pieced together a story of a grand migration. A comparison of his Y-chromosome markers with those of the families in Ghana and Cameroon suggested that their most recent common ancestor lived perhaps 50 generations ago, or roughly 1,000 to 1,500 years ago. His Ghanaian hosts, members of the Akpaglo family, told him that their ancestors migrated southward from Sudan and settled in the Oyo Empire. Holland assumes that his Cameroonian ancestors were part of that migration as well.
"From there, they split up," he told me. One ancestral line eventually took root in Ghana, another in Cameroon. Holland has now been to both nations to track down his pedigree. Armed with the genetic results, he was initiated into two African families.
In Cameroon, Holland was given a royal name ("Ndefru"). In Ghana, the Akpaglo family gave him three more African names during a seven-hour ceremony. Holland's new names include Togbe ("old wise man," even though Holland is in his 40s), Korsi ("born on Sunday," which he was) and Degboe ("brave person who went away and returned").....
...COMPLETE ARTICLE HERE:
http://cosmiclog.nbcnews.com/_news/2011/02/28/6156374-black-history-saga-comes-full-circle?lite 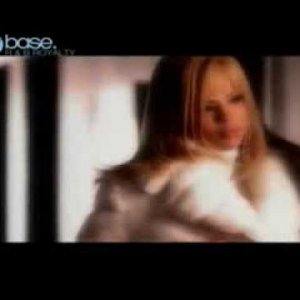