Please support destee.com, the oldest, most respectful, online black community in the world - PayPal or CashApp - Thank you.
Donate
D

Check this ARTICLE OUT.

LOOK, AFRICA is undergoing a TRANSFORMATION of a LARGE KIND...

Let look at what this BRAZILIAN is SAYING...

Mombassa said that he was confident revellers enjoyed his performance because "music is a universal language".
Click to expand...

LANGUAGE that is UNIVERSAL....

"Brazil is the melting pot of all cultures and there is no racial hatred in our country," explained the artiste, who added that he was happy to be back in Africa, which he considers his spiritual home.
Click to expand...

NO RACIAL HATRED...I thought CONTINENTAL AFRICANS on the WHOLE do not ENGAGE RACIAL MATTERS but so called TRIBAL MATTERS takes HIGHER PRECEDENCE.

This BRAZILIAN says RACIAL so does that mean the EUROPEAN will be in AFRICA more and more becoming the FATHER in the MOTHERLAND. There lies a MYSTERY...

Africa is just a SPIRITUAL HOME which MAY means the BODY or PHYSICAL is DEAD. Those BLACK PHYSICAL BODIES can TRANSFORM into a WIDE RANGE of BRAZILIAN RACIAL CLASSIFICATIONS. Interesting MYSTERY indeed.

He said Brazil was the first country in the world to abolish slavery in 1888. The affable singer startled Showtime when he pointed out that the black people in Brazil have kept the African tradition more than Africans in Africa. "When our people arrived in Brazil, they stuck to traditional African religions and culture and did not allow themselves to be completely swamped by Christianity. It is amazing how in Africa, many people seem to have forgotten their roots," said Mombassa.
Click to expand...

This is what OUR PEOPLE here in the NATION likes to hear. Continental Africans needing to DRINK their OWN BLOOD but BRAZIL is certainly eating the MEAT of TRUE AFRICAN TRADITION.

Brazil is said to PRESERVE other IMMIGRANT CULTURAL TRADITIONS too. Like Japanese Portuguese Lebanese etc.

This correlates with that ARTICLE about AFRICAN AMERICANS finding TRUE AFRICAN CULTURAL CONSTRUCTS in BRAZIL rather than AFRICA.

One of the religions transported across the Atlantic Ocean by slaves to South America is voodoo, which is widely practised by blacks in Brazil. He said he practises a religion "influenced by Catholicism" and African ancestral worship rites. These two 'religions' have greatly influenced his music because he blends hymns with the drums of umbanda, which are mainly used by blacks in their religious festivals.

Mombassa said another sign that blacks took a part of Africa with them to Latin America is that when they were forcibly shipped to Brazil, they settled near hills like their ancestors back in Africa and to this day they still keep the tradition. He also pointed out that most of his Afro-Brazilian counterparts are Yorubas from Nigeria.
Click to expand...

I dont want to go further but there seems to be a FITTING PROCESS going on. Which DIASPORAN GROUP of the AMERICAS will set the TONE of CONTINENTAL AFRICANS in LARGE PART. There's NORTH AMERICANS, there's the CARIBBEANS, and there's the BRAZILIANS.

This is a ALL or NOTHING DEAL. You can't TAKE a PIECE here of what's GOOD and DUMP the BAD. You get the WHOLE PACKAGE.

What a MYSTERY INDEED.

Who ever WINS I don't CARE. Europeans will be the FATHER in that MOTHERLAND anyway it seems.

Botswana : In Context Series: A History of Botswana's Seismic Network 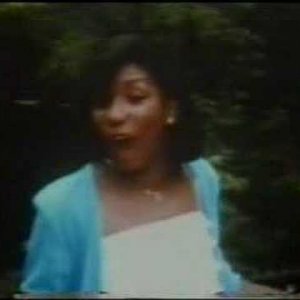