Kazra Moore, an African American college professor is commissioned by Native American elders to travel the planet and search for the Keys of Destiny.
He travels to Ireland, Ethiopia, Zimbabwe and Korea unveiling the ancient mysteries and battling the Illuminati secret societies. Resurrecting ancient dramas only known to myth and legend, the story unveils the ancient African mystries of Egypt, Ethiopia, Mali and Zimbabwe. It delves into the lost knowledge of the 'ancient ones', sacred sites, shamans and interdimensional worlds. In Ethiopia Kazra battles demons and hideous creatures from the underworld. In Zimbabwe, the saga climaxes in the mountains and caves of Inyanga when he and the key keeper wrestle an evil sangoma or shaman armed with vicious little tokoshi goblins. What then follows is a series of unbelievable events....


KEYS OF DESTINY, is what you get when you combine THE DA VINCI CODE with Carlos Castaneda’s shamanic world of esoteric feats and magic. Adding the emergence of global changes of human consciousness as in Redfield’s CELESTINE PROPHECIES.

Dr. Kazra Moore is an African American professor based in New York City who is plagued by the number eleven and obsessed with the year 2012—the year of the apocalypse as prophesied by the Mayan civilization. In the Keys of Destiny, author Adin Kachisi sends the highly inquisitive professor on a journey around the world in search of the lost crystal keys required to perform a cleansing ceremony called the Purification. Without the keys and the successful execution of the ceremony, the Earth and mankind will be lost. Much is learned during the professor’s travels and his life is frequently placed in harm’s way, but it is all for the world’s survival.

At ground zero in New York, a member of the Illuminati Order of Kingu, a secret cult society, releases an otherworldly beast from a portal accessed through the remains of "The Sphere" sculpture that was once centrally located at the site of The World Trade Center. The beast is Zamarial. He is on the hunt for the keys of destiny. After a discussion with one of his favorite students, Rick, Kazra leaves his wife in New York and travels to Cartersville, Georgia to meet Rick’s Uncle Yuccah, a mystic man from the Creek Indian tribe. There Kazra learns more about the Mayan prophecies and the Purification ceremony that will save the world from itself. Kazra is informed of the crystal keys that are necessary to complete the Purification. The professor’s role in the hunt for the three missing keys was predicted. It is Kazra’s destiny to take this journey.

After a short return to New York to explain his mission to his wife and with little information to start with, Kazra travels to Ireland, Ethiopia, Zimbabwe, and Korea where he meets many learned scholars of ancient and mystical history who guide him to the key keepers of each crystal. The professor is also faced with dangerous nightmares and continuous attacks on his life in his waking hours.

Kachisi is the author of three previous books (Beyond the Tenth, Tears of Ether, and Depth of Melancholy) and a native of Zimbabwe. The extensive research Kachisi conducted is evident in the discussions about religion, history, and architectural contributions that Kazra has with several of the people he encounters on this expedition. Often the relaying of facts is a bit daunting. In some scenes, the author appears to be overly enthusiastic about sharing every morsel of information he has acquired. But in other parts of the story, when paired with broader concepts of race and class, power and conquest, the material allows the reader a clearer understanding of the purpose of the professor’s mission.

In addition to imparting a great deal of history, the plot infuses lessons about the behavior of humans in relation to the destruction of the world as it is currently known: "Prophesy is not written in stone, but on sand. It’s a warning of what will happen if people do not change."

"Keys of Destiny is a well written, fast moving story that will entice the reader hungry for intricate details of ancient history, shocking adventure, and broadly imaginative ideas of the future. This is a must read for science fiction connoisseurs.

wow...Thankz for the info ..
Poetic flow, Poetry of a poet! Be a Premium member today and enjoy all the fruits . 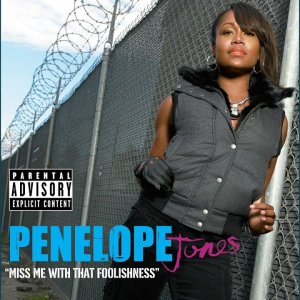