Brother AACOOLDRE : Book Of Malachi's Ovens of the Jews in NT

MALACHI’s OVEN OF JEWS IN THE NT:

There is an inclusion By Josephus of a Malachias as one of the twelve Jews who “signalized” themselves. The name Malachi is Hebrew for “my messenger” and was a synonym for the prophet Elijah. This meaning comes from the book of Elijah, in which God states, “behold, I send my messenger (Malachi) who shall prepare the way before me”. Elijah (Malachi) was believed by the messianic Jews of the first century C.E. to be about to return to earth as a forerunner of the messiah (Ben Sira 48:10-11).

The authors of the New Testament (commissioned by the Catholic Trinity of Vespasian, Titus and Domitian) created John the Baptist to be Christianity’s Elijah, that is, the messenger who heralded the Messiah’s “coming”.

“Why then do the scribes say that Elijah must come first? Jesus answered and said to them, “indeed, Elijah is coming first…” (Matthew 17:10-11)

Like Elijah, John is said to have worn a leather girdle and a “cloak of hair” (4 Kings 1:8 & 1 Kings 19:13). Like Elijah, John also traveled along the banks of Jordan near Jericho (4 Kings 2:4-15). The last of the books of the prophets is the book of Malachi then enters the book of Matthew. As scholars have long recognized, the authors of the Gospels used that book, with apocalyptic sayings of a messianic forerunner, as the basis for john the Baptist’s descriptions of a Day of Judgment.

In the Book of Malachi it states:

Behold the day cometh, burning like a furnace (Oven) and all the proud and they that do wickedly are stubble and the day shall cometh that shall set them aflame, saith the lord of hosts, and shall not leave them Root and branch (Malachi 3:19). Titus cuts down the fruit trees see (WOJ 5,3,106-107 & Luke 13:6-9)

[We must understand that a Dry tree, root and branch (Isaiah 56:1-5) was symbolic of a cut off penis. Jesus/Lazarus were castrated and their male members were roasted in the same manner as Passover roast and cooking of Mushrooms Exodus 12:1-11; Exodus 16:11-36; John 6:48-56; Rev 2:17. The Christian heaven is of eunuchs is also in part for another reason of Osiris being cut up by Set and his penis being ate by a Nile catfish see Matthew 18:1-11 & Matthew 19:11-12]

The author of the Gospel of Matthew makes John the Baptist paraphrase Malachi:

The axe is already laid to the root of the tree and every tree that bringeth not forth fruit is hewn and cast into the midst of the fire…And his fan is in his hand and he shall winnow his threshing-floor and gather wheat into his garner and the chaff he shall burn with unquenchable fire (Matthew 3:10).

However, John adds his own political perspective to Malachi, warning those who believe they have nothing to fear from the Day of judgement because they are the “children of Abraham, Isaac, and Jacob”-that is, the Jews-should be aware that their “Jewishness” does not make them safe. John states (with a play on words) “God is able from these stones (abanim) to raise up children (banium) unto Abraham”. John the Baptist thus shares with Jesus a “vision” of a coming apocalypse for the Jews. From my perspective, however, the more important point is that John is saying that “God” can create “Jews” at will, the same idea that Josephus is relating with the story of the battle of the Temple, (destroyed in 70AD) during which “the positions of the men were undistinguished on both sides, and they fought at random, the men being intermixed one with another”. Abanim and banim continues the wordplay regarding “son” and “stone”-that is, Ben and eben –that exists in the New Testament and War of the Jews (see Josephus war of the Jews 5,6, 269-274 and Luke 19-40-44)

John the Baptist also paraphrase the Book of Malachi when he states that though he (John) baptizes with water there is one “coming” who is mightier and will baptize with fire.

[It is of interest that Titus is the only person, other than Jesus, who is referred to in the New Testament with the phrase “Coming of” see 2 Cor 7:6-7 also see the Title of Book 5 of War of the Jews uses the phrase of Coming of Titus to besiege Jerusalem. Some of the Catapults that were used by the Romans were called “Scorpion” to fire stones/eggs (Luke 11:5-12 ;Rev 9: 3 & WOJ 6, 5 288-314) and “Quick-fire” to throw fire missiles.

This prophecy in Malachi, once again when taken literally, came to pass in a manner that would be scornfully humorous to the residents of the Flavian court. That is, Titus did indeed “baptize” with fire.

They…set fire to the houses whether the Jews had fled and burnt every soul in them (War of the Jews 6, VIII, 404). Then we see the vicious mockery and parody: “As it was in the days of Noah…in that day, he which shall be upon the housetop” (Luke 17:26-31) 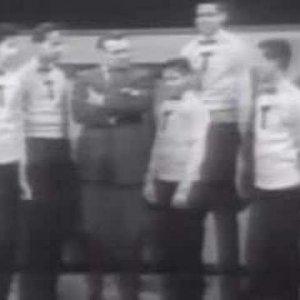