The rates of suicide among black females are the lowest in the nation. Now Veterans Affairs officials want know why and how it can help troops.


Black women have the lowest rates of suicide in the country, and although it’s not completely understood why, Veterans Affairs officials hope to re-create elements of black female culture that may help stop military veterans from killing themselves.
(Related Gallery: A Look at Military Suicides)

Women - particularly black women - provide each other social support and encouragement categorized by the opportunity to speak honestly with their peers, said Jan Kemp, mental health director for suicide prevention at the VA.

“The sense of community among themselves, and the ... built-in support that they get from each other is something we’re paying a lot of attention to, and trying to find ways to emulate,” Kemp said. “I think often that veterans and men don’t have that same sort of personal support, and we have to build that for them,” she said.

In general, white men are more likely to commit suicide than people in other groups. The suicide rate among white men was 25.96 per 100,000 from 2005 to 2009, according to the Centerns for Disease Control and Prevention. By comparison, the rate for black women was less than three suicides per 100,000. Government data for suicide deaths among military personnel is not available by race.

Combine that with the stress that the wars in Iraq and Afghanistan have put on troops, and the risk of suicide increases. “We’re working with the highest-risk group in the nation,” Kemp said.

Stories abound of vets dying at their own hands after slipping through the cracks in the care network or not seeking help because of the stigma surrounding mental health issues.

In April, Spc. Rico L. Rawls Jr., 22, reportedly shot himself after he led Georgia State Police on a high-speed car chase. At the time, Rawls was wanted in connection with the shooting death of his wife, Jessica T. Rawls, of South Bend, Ind.

“My son-in-law Rico came back from Iraq a different person. We asked, pleaded, and begged for help for him, but no one listened,” Rawls’s mother-in-law told an Indiana TV station in a written statement. “The pre-Iraq Rico Rawls would not have done this.”
In another case, Kim Ruocco’s husband, John, killed himself in February of 2005 while awaiting a redeployment to Iraq, according to MSNBC. “He was so ashamed of being depressed and not being able to do his job,” Ruocco told MSNBC. She believes her husband was going to seek treatment, but “when he sat there and thought about what it meant to get help, how people who see you, how young Marines viewed him, how his peers viewed him ... he thought the problem was him.”

Kim Ruocco, 49, is now the national director of suicide education and outreach for the Tragedy Assistance Program for Survivors, a group that provides counseling resources for suicide survivors and facilitates support groups for family members. The organization works to provide the social support similar to that prevalent among women - particularly among black women - for the loved ones of veterans and active duty personnel who die by suicide or in combat.
READ MORE: http://www.nationaljournal.com/thenextamerica/culture/black-women-key-to-easing-military-suicides--20120612

.o0( Maybe because yall were born crazy and cant be run crazy )

For that matter, I wish that some would stop citing the 'Black/White Doll' study as an example of black self esteem.
Hello...the damned study was conducted in 1947. The initial assumption have long since been considered 'overstated'. Incorrect.

***************
Minus the fact that women have a support system, i.e., each other... the black community tends to be deeply religious. More than most groups, I'd wager. I can see some leaning on 'their faith' in trying times.
You know the first thing that black folks do when the going gets rough?
Pray to Jesus to 'fix' it.

I can understand the increased strain on males. Women aren't on the front lines....

White people?
I'm not sure. I know some things but I usually tend to pay special attention when it comes to my own. I don't know enough about the inner workings of their culture to say much.

Other than that? This media is so anti-military.

Would it kill this media to report on a positive story where the military's concerned?

I guess they simply don't understand the power of melanin huh? They can imitate us but they can't be us. That's the real lesson here and one which despite all that they do simply can't be copied.

I've known about the low suicide rates among black people for awhile, especially among black women; and I do believe shame and faith does play a strong part in it.

To start, for black men especially, they already have to hold this certain image in life among their peers showing themselves not being a punk; that means facing down what isn't always easy to face down, and killing yourself can be seen as an "ultimate punk move" as if you're running away scared of what you shouldn't be scared of; plus, if you dead, you can't come to your own defense for why you did it(killed yourself), so I think it shows forth being a better man to "man up". At least, that's what I've observed.

For women, it's not so much punk, but the"weak woman" image always trying to be avoided. It's like this, "my mama was a STRONG black woman, and she taught me to be one, so you better be one, ya hear me girl? And I bet' NOT catch you giving up or I'll beat yo' behind so hard, yo children gon' feel it!" So, we walk away from that "I've nothing to live for" attitude trying to uphold what our mama's did teach us when we get caught up in hardship.

Faith, I believe plays its part because, even from of old when the slaves were on the plantation, faith was what they all had to look to for their final redemption. A slave master could take a woman's (or man's) clothes, food, children, husband, (or wife,) and beat them near to death and then salt their wounds til they were numb, but as hard as they were beat up and tore down, ol' massa couldn't take their faith, couldn't lay hands on it if he tried, and that right there could keep a woman(or man) from ending it all when it looks like that's where it's headed anyway. Just faith for justice, redemption, and also reunion; so staying through all the pain is worth it for all that is yours to be rightfully gained again. 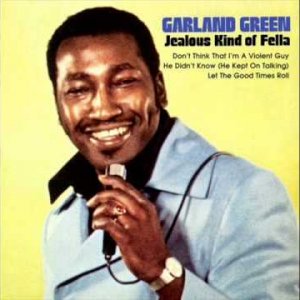