103 ao kiji said:
I been hearing this a lot lately, it's been going on though, somebody played a video for me of a 13 - 14 year old girl being followed, but there were cameras around her house, so the men noticed this and backed off, this shouldn't be able to happen, there has to be severe consequences to act as a deterring force for any of those who try to harm our little queens: who are guiltless, they're just babies
Click to expand...

We have a criminal in the White House. A criminal who disrespects women, discribing how he reached under and grabbed their privates. He's disgusting. Bs rolls downhill.
More to be expected.

IFE said:
We have a criminal in the White House. A criminal who disrespects women, discribing how he reached under and grabbed their privates. He's disgusting. Bs rolls downhill.
More to be expected.
Click to expand...

The thing is goddess Ife, black women should be put out of everyone's reach, above everything and only equal to her knight:the black male. Us men should have you put up in palaces charting the future of our race, not worrying about how you'll protect yourselves from outsiders who are unworthy for you to even p*ss on, when I call y'all queen, and goddess that sh*t ain't just to sound cute, you are truly divine creatures above these other fleas in this world, now it might sound harsh but it's the reality, our current situation might not reflect it; we've been here since planet earth existed, billions of years later here we are, we are the only race that has ancestors, everyone else forefathers: their history doesn't go back far enough. No one can truly understand our profound origins, we are the children of the gods, why do you think everyone insists on abusing an already defeated, and demoralized enemy, why beat a dead dog? Never look at things with a fundamental, and narrow mind, see the chessboard in it's entirety, not just what the enemy wants you to see, we are an ancient primordial race who outlasted the dinosaurs

I saw a story about this last week. It's very disturbing. Not buying the police saying it's not trafficking or some instances of organized (one or more individuals) kidnappings. They are desperately attempting to down play the reality of this grave situation in order to not cause panic and to (and probably foremost) save face in a situation where they have made zero progress to resolve this horrific situation... 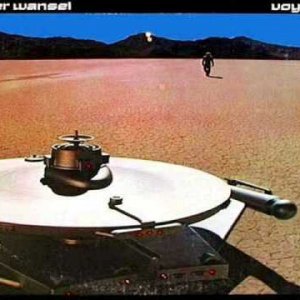