WHITE RAGE: The unspoken Truth of our Racial Divide

When I first read the Title it immediately alerted my memory to the opposite Title of a book written in the 1960’s called Black Rage . It was written by the late William Grier, the father of a well-known comedian and native Detroiter, David Alan Grier.

White Rage is a cause and effect of Black Rage. So much attention is on the flames of Black rage that everyone has ignored the kindling. Anderson makes it clear that since 1865 and the passage of the 13th Amendment, every time African-Americans have made advances towards full participation in our Democracy, White Rage is the reaction-usually in the courts and legislatures-has fueled a deliberate and relentless rollback of their gains. The end of the Civil War and Reconstruction was greeted with Black codes and Jim Crow. The Great Immigration to the North was physically opposed in many Southern states, and blacks often found conditions in the North to be no better. The 1954 Supreme Court outlawing school separation of money was met with White Rage of closing down of public schools into education deserts. The Civil Rights Act of 1964 and voting Rights of 1965 triggered a coded but powerful White Rage response-the so-called southern strategy and the Phony War on drugs (Blacks) and imprisoned millions of African-Americans that were manufactured out a devious and self-serving ends.

Ida B. Wells was editor and journalist who recorded the white rage of lynching black men because they made progress by owning their own houses and business with dreamed up charges of raping white woman to cut them down from their britches. But during slavery rape was the white man’s rite of passage they flip on black men after the Civil War. To them a black man looking at a white woman’s dress on a clothes line was an attempt to grasp white civilization with his Supper-sperm of reckless eye-***.king. It’s the white myth of the abused becoming the abuser. Just look at all the varieties of colors in the black community and you can see how well the white man had thoroughly infiltrated our woman’s beds during slavery. So Jesse Jackson is rightly calling Police who kill unarmed black men a new form of public lynching. When you’re in a coffin nobody makes progress except for the Funeral Director. By 1920 1,000 blacks were lynched per decade.

The Election of Barack Obama heralded more racial divide and precipitated a rash of voter suppression laws in Southern and swing states, and the Supreme Court gutting key provisions of the Voting Rights Act of 1965. The White Rage of White Republicans want to white wash as many legal black voters with petty technicalities and loopholes they exacerbate as voter-fraud. For example: A black woman who lives below the poverty level sells a 20 year car for scrap metal for $200 and overlooks reporting this to her overseer is endanger. Petty white rage will exploit this and try to turn it into a “Wellfare Queen of the Nile” on the government doll.

The masses of black people do not have trained eyes and are unable to detect White Rage for what it really is by its masking itself into other forms. However, Carol Anderson lowers the boom on their criminal activity. Carefully linking these and other historical flash points when social progress for African-Americans was countered by deliberate and cleverly crafted white rage and opposition, Anderson pulls back the veil that has long covered punitive actions allegedly made in the name of protecting democracy, fiscal responsibility, or protection against fraud. We must equip ourselves with knowledge to combat all these ravishing racist backlash to the racial progress of the 1960’s.

Black Rage of riots, shooting police stops the unveiling of its cause and effect of White Rage. MLK once said: “Negro’s (Black) discontent (Rage)…they give the White majority an excuse, a provocation, to look away from the cause of the riots-the poverty and the deprivation and degradation of the Blackman”. King also made a remark that “nonviolence thrives best in a climate of justice”. When a reporter asks FBI Hoover said it was all about Law and order not Justice see film documentary (The Black Panthers: Vanguard of the Revolution 2015). King went on to say “if an oppressed people’s pent up emotions are not nonviolently released, they will be violently released”. Ambition for a blackman is white rage for a white man.

If we didn’t have political parties as they exist now racism and white rage would be handicapped. Democrats and Republican don’t compete with each other by telling the masses of the people how they will serve them and improve their condition. They fight each other in reality on who will be the biggest hoe to International Corporations who believe their workers should be destitute. We will never make progress if one political party thinks its cool for 63 individuals can and should own more wealth than ½ of the 7 billion people who live on planet earth. These international business crooks/politicians have excelled at the practice of oppression and exploitation and keeping poor whites and blacks at eachothers throats. The middle class too scared to help, ( to replace not reform the beast), in fear of losing their bread crumbs.

We have three groups who argue within the two parties that Ibram X. Kendi writes about in his new book Stamped from the Beginning: The definitive History of racist Ideas in America. Kendi proves that racist thinking did not arise from ignorance or hatred, but created and popularized to keep discrimination and racial inequities alive.

1. Segregationist who blame Black people themselves for racial disparities due to genetics, inferiority falsehood because we all have the same four blood types and a scientific, DNA Eve from Africa. Segregationist hate racial amalgamation, the very process in which they came into existence between a black Adam and a black Eve. Segregationist use test scores to advance eugenicists programs which attack black male sperm and female eggs. The same people who push sterilization also push abortion and popularize gay lifestyles in Hollywood and in the media when they represent only 1% of the population. Black peoples number 1 problem is not sex but elementary reading, writing and math skills.

2. Antiracist who point to racial discrimination but some go over the border like Louis Farrakhan’s reckless pronouncements but he should be in category 1. Antiracist want the overhauling of racist policies. We want to assassinate Tarzan who colonizes our schools, business and politics in our communities. We want to control Local Chief of police and sheriff to end the enslaving Justice System and equalization of wealth and power.

3. Assimilationists who argue for both blaming black people and racial discrimination. They try their best to help filter culture and jobs downward to the masses. Assimilationists become hated because they are often seen as neutralized.

One way of making progress is the taking heed and listening to the advice of Martin Luther King Jr ideas on Reparations. In Playboy magazine Alex Haley, the author of Roots, asked MLK:

Haley: Do you feel it’s fair to request a multibillion-dollar program of preferential treatment for the Blackman, or for any other minority group?

King: I do indeed…I do not intend that this economic aid should apply only to the Blackman; it should benefit the disadvantaged of all races”.

This should be the master plan. And we should exclude all the white rage coming from the demagogues of White politicians or the Black rage coming from Prophet’s of Rage like Louis Farrakhan and other religious ideas that polarize progress. We want to turn American on and start using its most wasted resource-black, brown and poor peoples. We want to go from Outrageous to out-righteous. We need to come together just like some of the Confederate soldiers deserters who joined enslaved Africans to wage revolts against their common enemies: wealthy planters who now have evolved into those same 63 individuals who own ½ of the 7 billion peoples wealth on earth.

Brother AACOOLDRE : You ready for the Shotgun Blast on Black History???

Brother AACOOLDRE : Black History moment: the poem that got Obama in trouble 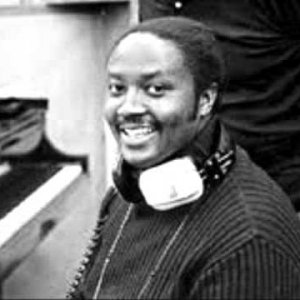