What is it about some Black People claiming to be in pursuit of Black Power, without the garment of Black Nationalism, because Black Power, without its Garment Black Nationalism, is running around claiming to be what it is not, because you see, Black Power is the antonym to Black Nationalism, the two are not synonymous to each other but the two is relative to each other, Black people can not have one without the other if you desire and the two to remain standing with Divine respect and dignity, and power without respect and dignity afforded to it, then it is not power in the Raw form of its Divinity, and any power that come without Nationalism to a people, is processed power and whoever is doing the processing , there is where the power reside.

There has not been a presence of Black Power not since the Black Nation became an imitation of itself, and a people without authority and control over Land, is a people without Power, because it is Nationalism ( the sacredness of Land ) that give credence to people power, and since the Talk is about Black Power and such talk is absent of the talk of Black Afrikan Nationalism, such talk and claim of interest in accumulating Black Power is a hoax.

Black Power is not synonymous to a social construct that is out of Harmony with Black Nationalism, it does not involve its action for purpose of pursuing the Social integration and assimilation into another Nation environment, and expect that Nation with a history of lying and deceiving Black people to share their power with the very people they now control, because as it is now, to attempt to imply that Black Power is an attainable goal in America for black People, is to demonstrate just how remote Black people are in having Divine Thoughts, and without the quality of such thoughts, Black Power become no more than a chant and not a serious effort to obtain such Power.

The Honorable Marcus Garvey shared with us this infamous fact, that a Race of people who have no power and authority, is a Race of People without Respect, and without self respect, power will allude you, so today power allude Black people because today, Black Afrikans have no power, thus no Respect, a sign that Black People do not control anything in this world today, not even our Lives, and without control of your Life, you most certainly have no control over the Land Black People now reside in, and that include the continent of Afrika as well.

In America you have two type of Negroes, you have the Negroes who are in soft pursuit of Black Amalgamation with White America and everything else in between that is not of the Root of our Divine Cosmic Black Universal Ancestors, and you have the Hard Hot pursuit of the Militant Negroes in pursuit of the same as the Negroes in Soft pursuit, the former using the approach of submissive engagement and the latter using the approach of radical engagement using the hoax of Black Power, while in an assimilation pursuit in America, having nothing to do with Black Afrikan Nationalism totally, which is without compromise.

You can not blossom the flower of Black Power using the fertilizer representing a variety of Human Being endeavors, there are to many representing the Trinity of Evil, vain ego, envy, jealousy in such a presence, you mean to tell me that such a claim, is that Black Power in its pure Nationalistic form can emerge out from a intermixing of Socialism, Capitalism, Communism, autocracy, Judaism, Christianity, Islam, etc; and each remain viable in such a pursuit?

Black Power demand unanimity in its presence and action, maintaining a relationship with Black Nationalism.

In the pursuit for Black Power proper, you can not surround Reparation with all sorts of distraction and organization pet projects, that in itself is self defeating, showing that the call for Black power is no more than a hoax, because if there is not a pragmatic Divine Spiritual connection to Afrika and Black Afrikan People emanating from the Divine Mind Thinking of Black people, then all else fail to meet the Demand of Black Power Proper, which must be wearing the garment of Black Afrikan Nationalism, beloved

I desire that all who meet under the banner of Black Power, do so with a Divine Purpose in Mind Thought, having only One Aim, One Goal, it being the reunification of the Black Afrikan Nation and to cause Afrika the Continent, to be that Divine Afrika continent again, Nationalized by a Black United State of Afrika Continent.

I Bow Having Respect For All Serious and Self Unaware Black Afrikan People, they who are in pursuit of Black Power Afrikan Nationalism. 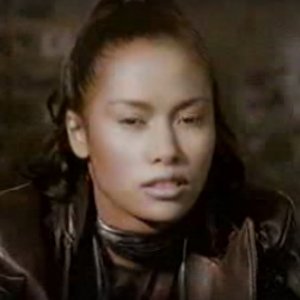