To hear him tell it, Joe Mamo’s move from Ethiopia to North Dakota in 1981 was accidental.

Mamo’s father, Yenberber Mamo, was a public transit mogul who manufactured buses and ran the first fleet to provide service across Ethiopia. The operation made his father’s Mamo Kacha bus line a household name in the East African country. It provided a nice life for his family. But it rendered him distinctly unpopular with the Marxist junta that ruled Ethiopia between 1974 and 1991. The elder Mamo was jailed two or three times by the regime. Some of his property was confiscated. As his son approached draft age, the patriarch looked for ways to send him overseas.
That’s how Joe, at the age of 13, found himself attending Catholic boarding school in North Dakota.

“He didn’t know the difference between North Dakota and New York City. We didn’t know until we got there,” says Joe Mamo, whose given name is Eyob. But he got used to the cold winters and moved to Chicago after graduation. While he attended community college there, he got a job pumping gas.

By 1987, Mamo had moved to Washington, where an old friend had settled among the region’s large Ethiopian community. This too was “an accidental move,” he says. “I didn’t know Washington that well but I liked it here because it was much more diverse than Chicago. There’s a lot of Ethiopians, a lot of different cultures.” And while Mamo remained far from home, it turned out that his entrepreneurial DNA was still intact in North America. “I always wanted to be a businessman like my father. The only business I knew was a gas station, so I decided to lease a gas station,” Mamo says.

Mamo scraped together his savings and a little money from his father for a down payment. Within months of arriving in Washington, he signed a lease on his first station, an Amoco on South Dakota Avenue. His two brothers were his only employees, Mamo says; they all worked 18-hour days.

Mamo still owns the station, which now operates as a Shell. Over the next quarter century—and in a manner more deliberate than accidental—he has built a network of stations around the region, acquiring them slowly, at first, and then, starting in 2009, at high speed. Riding a wave of industry transition, he went on a buying spree that expanded his empire from 25 to around 240 stations. Nearly half of all stations in the District are controlled by Mamo; he runs a quarter of the region’s stations.

thanx for sharing this inspirational story!

thanx for sharing this inspirational story!
Click to expand...

You're welcome. But seeing as how this thread has gone largely unnoticed, I suppose most of the folks here would rather bicker about how the white man is holding them down instead seeing how fellow Blacks have overcome obstacles and refuse to be limited by others.

let me take that seat over there, gainst the wall...im wid ya, knowledge

thas good ish right there....
i hope that i can find a business eventually to get into...
cause working for the man...u r never going to really get paid ur worth if ur black....
unfortunately... 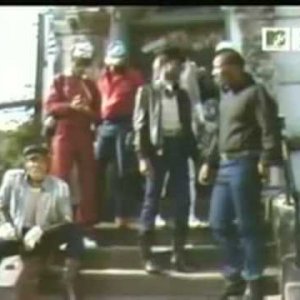