THERE'S a new breed of property developer out there - young, feisty, and upwardly mobile. People like Jim Prevost, and Jomo Ntombela are buying up properties in and around the city that no one else is interested in. Block by block, they are beautifying the city, turning ugly, forsaken buildings into places people are queuing to live in.

Prevost and Ntombela have a lot in common. Both are in their 30s. They enjoy running in a direction most others are too scared to venture near. They get immense satisfaction from transforming ugly, slovenly buildings into beautiful ones. They are both adamant they will never rent out an apartment they could not live in themselves. And both are bidding for some of the 28 inner city buildings up for grabs on the Johannesburg Property Company's Better Buildings Programme.

Prevost, who owns Omni Properties, moved from the US after accompanying the mayor of Atlanta on a trip to South Africa in 1995. He fell in love with Joburg, which in his view "has everything the US has". "It was easy to make the transition because there's nothing missing here," he says, determined to stay "for the long haul". Although he was in real estate in the US, Prevost started out in the entertainment industry here, feeling somewhat daunted by Joburg's complex demographic landscape.

But soon the property bug bit him and he began buying, starting in Norwood and Orange Grove. His modus operandi is to fix up a property in an area in decline and lure people back again. "Once they're on the other side of the wall, they're not concerned about the area anymore. I'm offering accommodation with top finishes, expensive tiles, nice paint and new bathrooms." He was inspired by his first house sale - a renovated 1929 Orange Grove home he sold to an 80-year-old man and his wife, who sold up in Northcliff to move back to the place he was born. Now Prevost is convinced that the renovations he has made to several properties in Orange Grove have contributed to the increase in property prices in the area.

Prevost gets a kick out of anticipating the trend. "In every major city I've lived in the upwardly mobile have moved north while the lower-income have moved into the south. But there's always a return to the central city - that's where the amenities are. Here I can experience four or five different climates a few minutes away," he says, speaking from his Orange Grove home. "If I live in Fourways I have to do everything there." Omni Properties owns buildings in Yeoville and is pitching for two of the 28 on the Better Buildings Programme. One of these, Prevost plans to turn into middle-income loft apartments, selling for upwards of R150 000. "My goal is to bring the middleclass back to the inner city," he says. The loft apartments will come with a gym and recreation room, as well as secure, underground parking.

my hat off to these two for moving in a positive direction .......
Poetic flow, Poetry of a poet! Be a Premium member today and enjoy all the fruits . 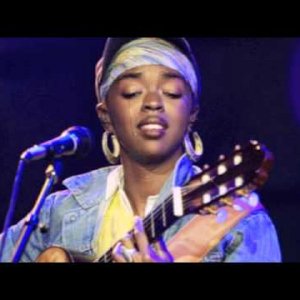