Chief Elder Osiris : Black People do Not "Want" To Knowthe Divine Truth, Why?

Black People don't want To Know the Divine truth, Why?

Keep Sharing The Divine Truth and Maybe, Just Maybe Somebody Black Might Hear You.

Using Any Means Required Of us to Be successful, because losing should not be an option with Strong Divine Black Minds.

I have ignored all silence and sly criticism, vane ignorance that have come from many of you so call Black Afrikans, and I am able to maintain my focus, because I know why it is that Afrika is as it is today, why Lucifer must not ever allow Afrika to become for the Black Afrikan again, and why Lucifer work 24-7 to keep Black people enclosed with the Mind that is constipated, which is what keep Black people from knowing and releasing the Divine truth that is required for Black people to know and understand about our Black selves.

The act of Black genocide come in all phases of the Black life, beginning with the lack of the aligning of the black mind, it cause disease Socially, Economically, educationally, politically, and such is what infect Black people with the deadliest of virus of all, Religion.

So, it does not matter how much talk that come from Black people showing an interest in being opposed to what has and is happening to Afrika today, and the fact that Black people are being ignored, disrespected by the way Lucifer is moving boldly into Afrika, and is moving to openly gain control of Afrika, economically, politically and religiously, serve as evidence that Black Folks now function with a constipated mind.

Such an act by Lucifer can be done, because Lucifer know that he has succeeded in causing a great divide among Black people every where we are.

So dismiss them and also dismiss all that Lucifer the Human being has lied and deceived you about life, your Black life in particular.

Now is Time for Black people need to listen to and accept the divine truth about the present state of condition that Afrika is in, and the fact that Black people been made not to have a Divine spiritual connection with each other and also, not with Afrika.

Black people been have made to be the most arrogantly ignorant of all people toward the Divine Truth, and it is the Divine Truth that was first carried by your Black Divine Mind.

Black people are in in such a constipated Mental state, until seeing is used to identify the Divine Truth, and until black people become willing to take a divine mental laxative, which will return black people divine mind back to black people, a mind that Profoundly reason, Think rationally, and use Natural logic when assessing the cause and effect that have black people to be living and acting in such a way which prove that the mind that Black people now been made to use, live on a diet of Lies and deception.

Lies and deception is what cause the constipation of the Mind of black people today, preventing the Divine Truth to be known, and to be able to flow smoothly in the Black Mind.

Now, what is it that identify Black people with a Divine mind intelligence?

Well, there is more of an accurate measuring rod that identify ignorance, which is absent of intelligence, that which can be used to identify the liar and deceiver, its motivation is religion.

Black people are so stuck down, so deep in Lucifer religion, until it constipate the Divine Mind of Black people, preventing Black people from being able to Profoundly reason, Think, Know, and Understand all that revolve around and inside of the black Body life mind.

Listen, it make no difference how much that certain caliber of black people who make claim to be intelligent, and use Lucifer so call educational credentials to support their claim, measuring their so call intelligence by how many and the quality of alphabets that follow after their name, indicating an academic accomplishment, which suppose to equal to a high sign of intelligence you have.

Beloved, there is no intelligence of any divine value, that will have you bowing to Lucifer religion, and it is divine intelligence that requires and qualify you to Think, that is if you desire to have a free flowing divine mind, one that does not get constipated with Lucifer mental food of lies, deception, belief, faith, hope, want, vanity of ego, envy, jealousy, stuffed with a dessert of arrogant selfishness.

Here you have certain black people who love to flaunt their degrees, using them to symbolize their intelligence, and what do you have coming out such a constipated Mind?

The belief that Jesus came to this Planet for the specific purpose to become a martyr, to give his life so that you may have a shot at obtaining eternal life.

Such a belief and action is coming from a mind claiming to be Intelligent, and intelligent demand that you do not become a prisoner of ignorance, whose handcuff is Lies and deception.

Religion capture only arrogant ignorance, it is dope, a Drug that will have you acting as dope.

Have you ever stop to see your black Afrikan selves, when in full throttle in your Religious mode?

The Drug of Religion, become so embedded in a constipated Mind, to the extent that all of your religious life decisions are based upon your religious belief, which is the structure of life designed by Lucifer the Human Being.

So, Hell no, you Black people can not get up enough energy that is needed to save Afrika, and to come together for the purpose of formulating a strategy and plan that will guide you in the way to triumph over Lucifer.

Religion have you black people functioning under fear, and fear is the victor that cause ignorance.

So, there is in no way can black people wage a war of self defense, of self-determination, of self awareness that will have you with a Goal of obtaining your ancestors Reparation, you not knowing that just the act of demand, will serve as a weapon capable of freeing Afrika and Uniting the Black Nation.

Listen, Organization arrogance, conspicuous action, vanity, envy, jealousy, ego, all are attributes that cause the ignorance of Black people, and organization failure.

It is vane religious arrogance that have black people operating with a constipated mind, and not a Divine Mind.

In order to be able to get Lucifer attention, and Lucifer has presented before you somebody that look like you, and since Lucifer know that he has trained black people to look and not see.

When Black People look at Obama, then to Black people, Obama become transformed to become the religious personification of Jesus, to black people.

So, here is religion, it maintain control over the constipated mind of black people, having us to become docile and complacent in our waiting on a Religious promise.

You mean to indicate to me, that is a sign of intelligence in use by Black people, it is not, and I do not care what stratum of academia you make claim to occupy, because your religion magnify your lack of use of intelligence to protect your black Life.

Where there is massive out pouring into the streets by organized well mental balanced black people, Lucifer become compel to respect black people.

The only thing is that, there must be a world massive out pouring of black people, such action to be well planned and orchestrated in Harmony, order, and all must be, mentally Balanced.

Reparation being the rallying cry and Afrika being the goal, and Black People unity being the accomplishment.

Take it Or Leave it.

Just as I Came in Your Presence, Suddenly, So Will I Leave For now, With Divine Love For Afrika And for Black People.

Will I return, Only Our Divine Ancestors Know. 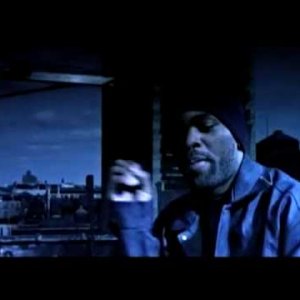