A007 said:
What I mean by "challenge" is to cause them to question and eventually change their current "brainwashed" state in favor of a more factual, less oppressive, enlightened way of thinking that will lend itself to us truly becoming FREE!
Click to expand...


A007 said:
Maybe I need to find a new word because "challenge" seems to have a negative connotation when addressing my people.

What I mean by "challenge" is to cause them to question and eventually change their current "brainwashed" state in favor of a more factual, less oppressive, enlightened way of thinking that will lend itself to us truly becoming FREE!

Is there something wrong with this?
Click to expand...


Without a doubt A007, I agree with you finding a new word besides the word, challenge, and I am happy that you and jamesfrmphilly have work things through. Just in case and for your quick review are links to the problems you and I encountered over the word, challenge:

And, even I must admit to being concerned and worried, i. e., because it should be us doing the critiquing, not air criticisms about each others approaches to answering the question being asked by the way of the topic this thread was and is being asked...

But, it is also a new opportunity for me to answer some of my own questions, as well...

So an obvious question I need and I want others to help answer for me:

What does the typical one of you here mean when you say and write, you're trying to 'plant seeds', etc.?

The ideal is one and all already come in via being on the same level of awareness etc.:

The reality is there are always some things we need to learn and others need to teach us too!

So any and all feedback will be appreciated and welcomed...

chuck said:
What does the typical one of you here mean when you say and write, you're trying to 'plant seeds', etc.?
Click to expand...


For instance, my thing is Astrology, most Christians say Astrology is evil and say they want nothing to do with it. Yet, if you ask them what sign they are, they will tell you what their sign is. They don't want me to take it deeper with them by doing their chart and if they do let me do their chart, they disagree with the reading, or, they say things like "Hmmm". So with those people, I play with them for a while but then I let them alone because when and if they want to come around, I will have given them enough knowledge about the subject matter to help them get started. That is, if, they want to get started. I let the truth speak for it self. I know that the reading based on their chart or Sun sign is at least 95% accurate and no one can really deny the truth, unless, they are extremely stubborn and want to cling to their old ways of thinking. Never the less, I did my part.

jamesfrmphilly said:
no, i am not. can you show where in the bible it speaks specifically against white supremacy?
Click to expand...

I just logged in. That is a loaded question because this is all over the Bible. But, the reason why it is difficult to understand has to do with a deliberate mis-interpretation of the Bible during slavery times. But here is a start.

Another word is 'Ash' or 'As' as in 'Asshur' versus 'Shur' [Assyria-versus-Syria].

Terah sided with the Assyrians and AbraHam came from 'an Hamitic mother'! AbraHam was 'A Ram'! His name was Abram! The Ram is the number one 'sign' of Hamitic people 'Khnum'; the Ram!

Terah lived almost as long as AbraHam did, yet AbraHam left Assyria and his generations later became inter-mixed with the aboriginal people of Mizraim Ham! After 400 years in Egypt, the Israelites came out of Egypt with a lot of Hamitic blood. Now this is just for starters.

Terah died only ten years before AbraHam died but yet, AbraHam never went back to see his father, so says the Bible. He sent his servant into Assyria to find him a wife for his son because he did not like the Canaanite culture.

Let's talk about another of my favorites; Nebuchadnezzar. His very name means 'Dark Cloud'! He was a Chaldean. The word 'Chaldean' refers to 'Blacks' of Cush Ham. Nebuchadnezzar overthrew the Assyrians [White Shur] and then, he sent his forces down to come against the Jews because they kept intermixing with the Assyrians and Canaanites in Phoenicia. The Jews made his borders weak because they Chaldeans had to overthrow the Assyrians. Jesus named Cush Ham as 'number 1'! The Golden Kingdom!

Okay, and here is another one; Let's talk about the word for the tribes of Joseph; 'Nebataeans'; the word-name 'Nebataea' comes from much more ancient Hamitic names and the root name 'Nebat' means 'Black'. After the 'Ten Tribes' were overthrown for intermixing with the Phoenicians and Assyrians so much, they would flee from their captivity into Turkey and hide out in rocks and caves and their names became shortened to be known as 'Bat men'.

Black People : Tiffanie Drayton is a 'Black American Refugee.' Why she left the U.S. to pursue dreams elsewhere 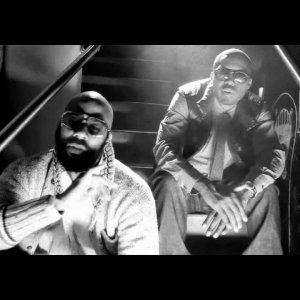