Black Americans in California, Oregon, Washington State are among the the majority of older, poorer and People of Color suffering the most in continuous heat waves, according to scientists and some news reports.

"Urban areas are known to be hotter than more rural ones, but the research published Tuesday in the journal Earth's Future provides one of the most detailed looks to date at how differences in heat extremes break down along racial and socioeconomic lines," according to National Public Radio.

"The authors used census data and measured land surface temperature with satellite imaging and focused on 1,056 counties that are home to about 300 million Americans. They found that in more than 70% of those counties, neighborhoods with more people of color and lower income people, 'experience significantly more extreme surface urban heat than their wealthier, whiter counterparts,' " the NPR said.

"The study found that in areas with higher rates of poverty, temperatures can be as much as 4 degrees Celsius, or 7 degrees Fahrenheit, warmer during the summer months when compared with richer neighborhoods. The same held true for Americans living in minority communities when compared with their non-Hispanic, white counterparts," NPR added.

And there may be no end in sight.

Fires and devastating heat waves are raging across the Western United States, leading climate experts to worry it has become trapped in a cycle of extreme heat, droughts and fires, according to Washington. D.C.'s The Hill.

“For our most vulnerable, disadvantaged communities, this also creates compounding health effects,” Jose Pablo Ortiz Partida, a climate scientist for the nonprofit Union of Concerned Scientists, told Britain's The Guardian newspaper. “First there’s the heat. Then for many families their water supplies are affected. And then it’s also the same heat and drought that are exacerbating wildfires and leading to smoky, unhealthy air quality.”

These combined extreme conditions have already had a detrimental, and even deadly, effect, leading to an influx of heat-related illnesses, as well as deaths, The Hill said. 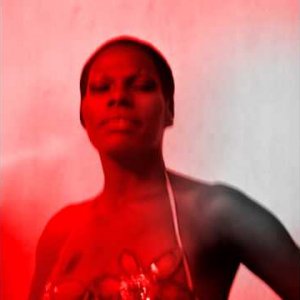