My father was arrested and sentenced to prison for 40-60 years for a crime he did not commit,he was charged with breaking and entering two counts and CSC 3 counts,the two ladys Jennifer Bluestein and Susan Wright never picked my father out of a line up,Bluestein actually said it was a White man with long brown hair at first then later changed it to a black man.

These two women also picked the same EXACT mask and said the perpetrator wore it during both of there crimes,now the mask was collected also other things that had hair on them,when tested not only did it exonerate my father,it also exonerates ALL BLACK MEN from these crimes.

Not only that the Head Sargent and Deputy Chief in charge of these crimes were both responsible for the police department that arrested my father being disbaned because of Corruption! They also both went to prison for years for selling drugs. So they couldn't be trusted and it's proof they did my father wrong.

Also the head detective in charge witheld the DNA evidence only turning in 3 sheets of it when there were 10 pages,the DNA was never presented nor was the people who did the testing ever called to speak on the DNA during trial.

Those are the very obvious and strongest points of my fathers case,I sum it up in the video below,it's only 12 minutes but filled with all the evidence you need to see thank you!


His petition is here:
https://www.change.org/p/michigan-g...-crimes-an-african-american-man-didn-t-commit

And there is wayyy more evidence and detail in the link,please support and share if you can!!

Take the next step by sponsoring this petition on Change.org to give it more exposure. Your contribution of $5 or more will feature the petition to dozens of like-minded change makers and drive it toward victory.
Last edited: Sep 25, 2016

Explain what you mean ... message you ... to sign the petition.

Clyde C Coger Jr said:
Explain what you mean ... message you ... to sign the petition.

I wasn't able to post the link because they won't allow me to,so if someone wants to sign it they have to message me
D

Arianne said:
I think he might want us to like send him a private message or something to sign his petition. I tried researching what little he told us but this is all I could find, maybe he could let us in on a little more concrete stuff.

I believe he said his fathers name was David Shelton, correct me if i'm wrong but if that's the case his father is not on their existing list which is quite extensive.
Click to expand...

No that's not true.

The people who get EXONERATED only pop up on that website,there are tons,thousands of people the innocence project works for,you gotta think there's a innocence project or two in almost every state,multiple lawerys/students at each school handling cases,you really think everyone of those people make the site?

Not being mean just telling you what it is,my father has Thomas Cooley Law School working for him,in Lansing,Michigan.
D

Clyde C Coger Jr said:
Explain what you mean ... message you ... to sign the petition.

I can't send you a message until I reach the 25 post mark,so just hold tight 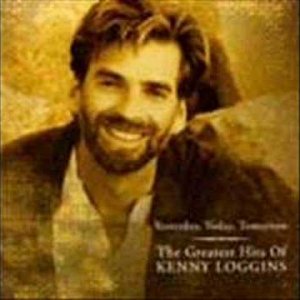