Black Money Business Jobs : Black Georgia will be at $1 trillion by 2010

I dont know what is going on but the media is giving either too little or too much on dollar figures on black-owned firms. Just like the greater society media its either one big grab extreme to very little attention with our issues.

$1 trillion dollars of Black Georgia people buying power by 2010. That's four years away and Georgia economy for black people must be GREAT and getting BETTER by the days. There must be plenty of black billionaires Forbes richest list happen to miss.

Georgia was home to the fourth-most black-owned businesses of any state in 2002, according to data released April 18 by the U.S. Census Bureau.

The "Survey of Business Owners: Black-Owned Firms: 2002" report also reveals DeKalb County had the 10th-most black-owned firms of any U.S. county in 2002.


New York had the greatest number of black-owned firms with 129,324, followed by California with 112,873, Florida with 102,079, Georgia with 90,461 and Texas with 88,769. These five states accounted for about 44 percent of all black-owned businesses in the United States. The 2002 Survey of Business Owners defines black-owned businesses as firms in which African-Americans own 51 percent or more of the stock or equity of the business.

DeKalb County, with 19,428 black-owned firms, ranked 10th among U.S. counties in the same period. DeKalb's black-owned firms accounted for 22 percent of all such businesses in Georgia and produced $934 million in sales and receipts in 2002.

Revenues generated by the nation's 1.2 million black-owned businesses rose 25 percent between 1997 and 2002 to $88.8 billion , while the number of such firms grew by 45 percent in the same five-year period.

"It's encouraging to see not just the number but the sales and receipts of black-owned businesses are growing at such a robust rate, confirming that these firms are among the fastest growing segments of our economy," said Louis Kincannon, Census Bureau director.

Minority economic growth is happening across the board in the state. In March, a Census report showed Georgia had the second-fastest rate of growth for Hispanic-owned businesses between 1997 and 2002, according to U.S. Census Bureau data released March 21.
D 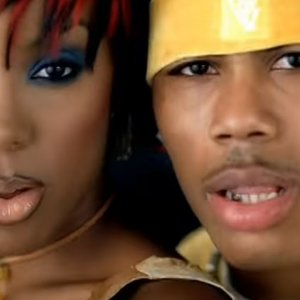