I often wonder why it is that Black Folks of more troubled Time was more Mental active in dealing realistically with the condition they were suffering from, yet they had no illusion of who it was and is, that was causing their lives to be a living hell and they were all Time ready to listen to those among them that was unquestionable sincere in educating and organizing them to become a force for Change from those Hellish conditions they suffered, and they were not confused about what was the Cause that was generating the action that was preventing them from Living a Life of Peace, prosperity, and Divine Bliss, and they had no illusion about those people that was demonstrating to them, that they had no respect for Black so call Afrikan People.

The Honorable Marcus Garvey was able to organize those Black so call Afrikans of his Time, because those Black Folks was tired of being treated as white folks animals or lower, so they made themselves available to the call and teaching of the Honorable Marcus Garvey and that is why Garvey was able to amass a Movement of Black so call Afrikans people that numbered in the ten of Million, defying the action of Willie Lynch, as if to say to Willie Lynch, they were Black Folks that was beyond being made over again by someone less than the animal they call their best Friend, with a behavior of that they call the Devil, Satan, and Lucifer.

Our Black so call Afrikan Ancestors was no doubt a different quality of Black People than we are today, claiming to be so modern and intelligent, yet is not qualified to recognize a Liar and a Thief, A Deceiver and a Believer, or a master illusionist as being the primary cause of Black Folks condition in the world, yesteryear's and today..

Now here we are, in another phase of our decline, a phase that Garvey defied and began to put into motion that which defied living a Black Life Divided, a Black Life that is steeped in a mental action that create an illusion about those that oppress us and about the Black experience of today, as the devil teach Black Folks to covet individualism over Group Dynamics, a collectivism that will once again bring about the Reunification of the Black so call Afrikan Nation, a position that require the action of a Divine Black Mind, that same quality of Mind that last was used to Reunite the Black Nation.

Black Folks today, caught up in the willie Lynch syndrome, we know nothing about Truth and Reality, we of the willie Lynch Mentality now go about our lives living in a fantasy of illusion, resolving to accept the crazy notion that it is meant for Black Folks to be treated as a fool, misinformed about GOD, Universe, and Self, believing that improvement and advancement is better for Black People than Liberation, Freedom, and Independence, putting all of our Trust not in our Black selves but in those people who at the first Time laying eyes on Black Folks, made a commitment to Lie and Deceive us and to do all that they could to keep us deft, dumb, and dependent upon the very force that made a vow that they would make it so no one would ever Believe that there was something of Divine value, described as Good, that have ever come from Black so call Afrikan People, thus out of Afrika.

There were periods of Time that our Black Ancestors would not tolerate nor listen to such foolish Lies and would know the value of our Black self and the True Nature of our Being and did set out to defy evil and repel injustice and with such a Divine Mind, did in fact became a Nation with and of respect, and Black so call Afrikans, during those interval of Times, did flourish with its Divinity intact and with a Spirit that did conquer the devil evil, those of those Time were True Divine Black so call Afrikans, a people that could not be hood winked by living a life based on tradition and performing rituals of life sacrifice in the Honor of GOD.

There was Interval of Time when black people could not be confused and tolerated no abuse from anybody, they knew the difference between Profound Truth as oppose to Profane Truth, they knew there were no substitute for Divine Justice as oppose to Human injustice and calling such Justice.

Our Divine so call Afrikan Black Ancestors knew that politics are a creation of a liar and abuser and that only lies and acts of deception serve as politics attributes, our Divine so call Afrikan Black Ancestors were aware of the evil that is inbred in the strategy and plan of integrative assimilation, discrimination, unjust prejudice, all tools of a force committed to destroying the Divine Mind of Black People and that is what qualified our Ancestors of yestertime to get up every time they were tricked into disobeying the Divine Knowledge and such a Time has come around again that will allow the True Divine Black Nationalist to defy evil and repel the willie Lynch Negro today.

In the Yesteryear's of our Ancient Divine so call Black Afrikan, what made them different from today so call Afrikan is that the Yesteryear's Ancestors was endowed with a Divine Mind that motivated them to Know and understand the Truth about GOD and to be led by the Divine Spirit to understand the True Nature of the Universe and to be wise enough to know the Black Self, such Knowledge and understanding, make for you to become Wise about all that is Known, within and beyond the Universe.

So Wisdom of Yesteryear tell the True Black Nationalist of The Honorable Marcus Garvey Divine Spirit, that it is Divinely Time for Afrika and Black Afrikan People to be United once again, something the Willie Lynch Negro today, will not obey 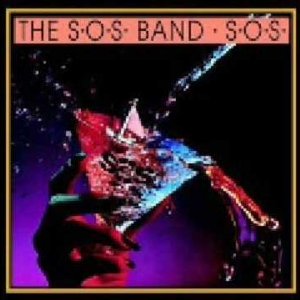