Egypt : Black Egypt The Cover Up

"and your point is?"

Read it again and answer the questions. I'll wait.....

"Germany was in pretty bad shape after WWII. does that mean they were never powerful?"

Xeon said:
"What would you accept as proof that Egypt was black and powerful?"

I never said there were no blacks in Egypt. I know there were. That's not an issue with me. I was interested in "your argument" as why Egypt was totally Negroid and nothing else. For the record: I know there has been historical omissions of black involvement in Egyptian history. I am aware of this. And no, I'm not interested in ersatz links and someone else's beliefs -tell me in your words!
Click to expand...

Wont argue with that....as it seems to be an admission.
It should be noted that when most "Afro centric pugilist" say Egypt is Black or all black what is meant is that it is an African Ruled Civilization that sprung from an African source or peoples.

Yes, I have seen and examined all the literature of the hyper Afro-centric pugilists (who are just as bad as those they claim white washed the ethnicity of ancient Egypt). As you know, much of it (assertion of total Negroid constituency) has been disputed and dismissed by scholars as Negro fantasy and faux pas feel good therapy. But you know what? I could care less. The touting of past glories to deflect and camouflage the current condition of entropy and mass failure does not work for me. Why? It has nothing to do with the contemporary abysmal state of black Africans!
Click to expand...

There is no denying that Egypt was whitewashed....
The question of ancient Egyptian ethnicity has been settle by Cheik Anta Diop at the UNESCO peopling of Egypt Conference.....They were African.


I have asked this question and no one has given me a cogent nor compelling answer yet: What does it matter what race the Egyptians were because when the Europeans came to Africa to collect blacks salves (who were sold to them by black Africans!) -where was this mighty advanced Nubian civilization? Why was black Sub-Saharan Africa a defenseless birds nest on the ground for white colonizers? You speak of a so called uber advanced black civilization while the entire black African race (all of West and East Sub-Saharan Africa) was anemic and powerless against white European colonizers and enslavers! How did this happen?
Click to expand...

It matters, because if it did not, we would not be having this conversation and Europeans would not have whitewashed them white.
By the time the Europeans were able to reach Africa Nubian civilization was in decline.
It was not only African Civilization that was defenseless against European aggression so was the other great Civilization of India, China and Japan....virtually the world
My own understanding of why the world fell before European aggression was because of The Gun and Gunpowder to which the European made innovations which put them ahead of the world in weaponry.
Weaponry and in particular the Gun is responsible for the rise and continued dominance of Europe

But again, I'm not interested in going back and forth about so-called black African antiquity. I need someone to answer this question: Name one major technological advancement in medicine, science or engineering that is "purely" and "directly" the product of black African innovation -that has occurred in the last 200 years?
Click to expand...

First you name one that is purely and directly European?

I ask this question not to be evasive but to find out what parameters you are working with?
First Because the word "purely" is subjective especially when comes to science, is a field in which much borrowings occur
Second "directly" is also problematic because most inventions are advances of early technologies.

EXAMPLE Of Possible problems arising from your question.
For instance what if its a black man in Europe or a white man in Africa who would you credit....Europeans or Africans?
If Africans are using knowledge gain from Europe and make an advance is that purely African?
and is the reverse True Europeans using Knowledge gained from Africa is that purely European?
what if an African technological Advance was made in 1816 but a similar European one was made in 1814...does the 200 yr demarcation still holds?

Now what I think you mean is An African in Africa using purely African Knowledge making an advancement...so I say to you show me a European in Europe doing the same first.
With all the technological advancement that Europeans have made that should be quiet easy.


Name one scientific creation that the rest of the world utilizes that was created by black Africans in the past 100 years. And give the name of one non-black country that is dependent on black African financial, military, medical and technical assistance. No personal attacks, acerbic name calling, deflection, evasive rambling or excuse making -JUST ANSWER THE QUESTION!
Click to expand...

No..... I will not just answer the question because it is a trick question

Those question are trick question cause no matter how or with what I answer...there will be room to question and cast doubt.
So first I ask you to provide me with an example of a Non-African country doing the same in terms of fulfilling your criteria.

GLASNOST - TRANSPARENCY
I know what you are trying to say Africans in the past 200 yrs have contributed little or nothing to civilization!.....Do you agree that Europeans powers have been Overtly racist toward Africans for the Past 400 yrs? would you agree that Europeans powers still retain control over information and its distribution more than anyone else? would you also agree that 200yrs is a relatively short period of time when measure against how long man is reputed to have been around?

Xeon said:
"Germany was in pretty bad shape after WWII. does that mean they were never powerful?"

Xeon said:
"and your point is?"

Read it again and answer the questions. I'll wait.....
Click to expand...

not answering anything. what is your point?

Egypt : BLACK EGYPT: KNOWLEDGE OF SELF 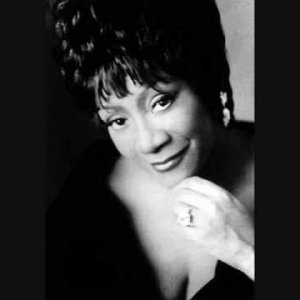