Strabo (64Bc-25AD) said at least two times in his world famous book Geography that the Jews and Egyptians were one and the same and went hand and hand. Don’t take my word for it hear it from the horses mouth. Strabo states:

“The Jews, who are also Egyptian in origin as I have already stated in my account of them”-Strabo Geography Book 17.5 And one more again:

“Jerusalem represents the ancestors of the present Judaeans, as they are called, as Egyptians”

Now lets back Strabo up with some minted coins of Peter & Paul during Emperor Trajan times. Trajan who fought in Judea and destroyed the Jews of Egypt and a Medallion supposedly depicting Paul & Peter.


A representation of Paul & Peter at St Catherine’s monastery in Egypt backs up Trajan’s medallion.

Let's not forget that Paul was mistaken for an Egyptian by a soldier. The Jews looked very much like the Egyptians. It is the same as saying Jamaicans and Haitians.

Brother AACOOLDRE : You ready for the Shotgun Blast on Black History??? 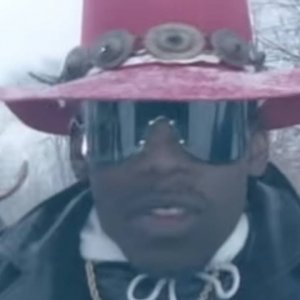