They are referring to some the evangelists in the christian church esp. those who supported the previous president. So much for separation of church and state...

THE PROSPERITY GOSPEL BY CATHLEEN FALSANI

In the Gospel of Saint Matthew, we are told that Jesus said, "You cannot serve both God and money" and, "It is easier for a camel to go through the eye of a needle than for a rich man to enter the kingdom of God."

The "prosperity gospel," an insipid heresy whose popularity among American Christians has boomed in recent years, teaches that God blesses those God favors most with material wealth.

The ministries of three televangelists commonly viewed as founders of the prosperity gospel movement - Kenneth Hagin, Kenneth Copeland and Frederick K.C. Price - took hold in the 1970s and 1980s. One of the oldest and best-known proponents of prosperity theology, Oral Roberts - the television faith-healer who in 1987 told his flock that God would call him home if he didn't raise $8 million in a matter of weeks - died at 91 last week.

But the past decade has seen this pernicious doctrine proliferate in more mainstream circles. Joel Osteen, the 46-year-old head of Lakewood Church in Houston, has a TV ministry that reaches more than 7 million viewers, and his 2004 book "Your Best Life Now: 7 Steps to Living at Your Full Potential," has sold millions of copies. "God wants us to prosper financially, to have plenty of money, to fulfill the destiny He has laid out for us," Osteen wrote in a 2005 letter to his flock.

As crass as that may sound, Osteen's version of the prosperity gospel is more gentle (and decidedly less sweaty) than those preached by such co-religionists as Benny Hinn, T.D. Jakes and the appropriately named Creflo Dollar.

Few theological ideas ring more dissonant with the harmony of orthodox Christianity than a focus on storing up treasures on Earth as a primary goal of faithful living. The gospel of prosperity turns Christianity into a vapid bless-me club, with a doctrine that amounts to little more than spiritual magical thinking: If you pray the right way, God will make you rich.

But if you're not rich, then what? Are the poor cursed by God because of their unfaithfulness? And if God were so concerned about 401(k)s and Mercedes, why would God's son have been born into poverty?

Nowhere has the prosperity gospel flourished more than among the poor and the working class. Told that wealth is a sign of God's grace and favor, followers strive for trappings of luxury they can little afford in an effort to prove that they are blessed spiritually. Some critics have gone so far as to place part of the blame for the past decade's spending binge and foreclosure crisis at the foot of the prosperity gospel's altar.

Jesus was born poor, and he died poor. During his earthly tenure, he spoke time and again about the importance of spiritual wealth and health. When he talked about material wealth, it was usually part of a cautionary tale.

Cathleen Falsani is the religion columnist for the Chicago Sun-Times and the author of "The Dude Abides: The Gospel According to the Coen Brothers."

Was Jesus the Messiah?​

The question “was Jesus the messiah?” requires a prior question: “What is the definition of messiah?” The Prophets (Nevi’im), who wrote hundreds of years before Jesus’ birth, envisioned a messianic age as as a period of universal peace, in which war and hunger are eradicated, and humanity accepts God’s sovereignty. By the first century, the view developed that the messianic age would witness a general resurrection of the dead, the in-gathering of all the Jews, including the 10 lost tribes, to the land of Israel, a final judgment and universal peace.

Some Jews expected the messiah to be a descendant of King David(based on an interpretation of God’s promise to David in 2 Samuel 7of an eternal kingdom). The Dead Sea Scrolls speak of two messiahs: one a military leader and the other a priest. Still other Jews expected the prophet Elijah, or the angel Michael, or Enoch, or any number of other figures to usher in the messianic age.
Stories in the Gospels about Jesus healing the sick, raising the dead, and proclaiming the imminence of the kingdom of heaven suggest that his followers regarded him as appointed by God to bring about the messianic age.

More than 1,000 years after Jesus’ crucifixion, the medieval sageMaimonides (also known as Rambam) laid out in his Mishneh Torahspecific things Jews believe the messiah must accomplish in order to confirm his identity — among them restoring the kingdom of David to its former glory, achieving victory in battle against Israel’s enemies, rebuilding the temple (which the Romans destroyed in 70 CE) and ingathering the exiles to the land of Israel. “And if he’s not successful with this, or if he is killed, it’s known that he is not the one that was promised by the Torah,” Maimonides wrote.

Words taken from the article What Do Jews Believe About Jesus

I want to present a hypothetical question to the congregation.
If you were to suddenly discover that what you were being taught in the Christian faith was not truth and that Jesus never existed how would that impact your life?


The Epistle of Paul the Apostle to the Hebrews

11:5 By faith Enoch was translated that he should not see death; and was not found, because God had translated him: for before his translation he had this testimony, that he pleased God.


7:1 For this Melchisedec, king of Salem, priest of the most high God, who met Abraham returning from the slaughter of the kings, and blessed him; 7:2 To whom also Abraham gave a tenth part of all; first being by interpretation King of righteousness, and after that also King of Salem, which is, King of peace; 7:3 Without father, without mother, without descent, having neither beginning of days, nor end of life; but made like unto the Son of God; abideth a priest continually.


What does it mean to "translate" someone? How could Melchisedec not have a father and mother?

What if Enoch and Melchisedec are the same person in the same body and Enoch was simply translated through time? No need to be born and too big anyway. He tells everyone his name is Melchisedec. Explains two biblical peculiarities.


Melchisedec is mentioned in another thread that ended in 2013 and involved reincarnation and saying that JC was Melchisedec.

Black Spirituality Religion : - People ask "'why is the bible full of contradictions?"

Great are the words of Isaiah. Chapter 33 continued: speaking of the wicked... 7. "Behold (look) their (Godless governments) valiant ones (strong leaders) cry without: (perplexed not knowing what to do in their fall) the ambassadors of peace (all those calling for the end of bloodshed) shall...

Black Spirituality Religion : Why Do Black Americans Put So Much Faith In Christianity?
10 11 12 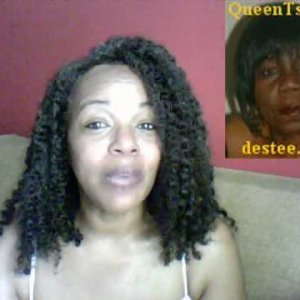