YOU CAN’T BE BLACK, ‘WOKE’ AND CHRISTIAN Cheyanne Ntangu​

White Jesus hasn’t done anything for us, according to the pro-black non-Christian communities as they call for an awakening among their fellow people.

They urge them to put the crucifix and holy oil away because Christianity is not for black people as it was brought by the slave master to Africa to oppress Africans, and we should opt for our own African gods.

And if you don’t, unfortunately, you’re not ‘woke’ enough.

Pantheist and student, Pauline Aphiaa, 20, told us: “[if black people] wish to set their eyes on a higher power and bend their knee to pray to and worship something then perhaps our own African gods are the best way to go. At least we thought of them ourselves, we worship them ourselves, we tell their stories ourselves, they are gods made by us and for us and I think that’s the best it’s ever going to be.”

Aphiaa explains the newly coined term ‘woke’ as being “educated. I’m not talking about the education you receive, but the self-education you have taught yourself.”

Being ‘woke’ relates to one being aware of what is going on in community, in terms of social inequality, racism and also being aware of oneself and one’s heritage.

“[It’s] the understanding of the world, and people without being ignorant. The injustice, true history, racism, sexism and having the desire create a difference to change inequality and educate people,” she adds. 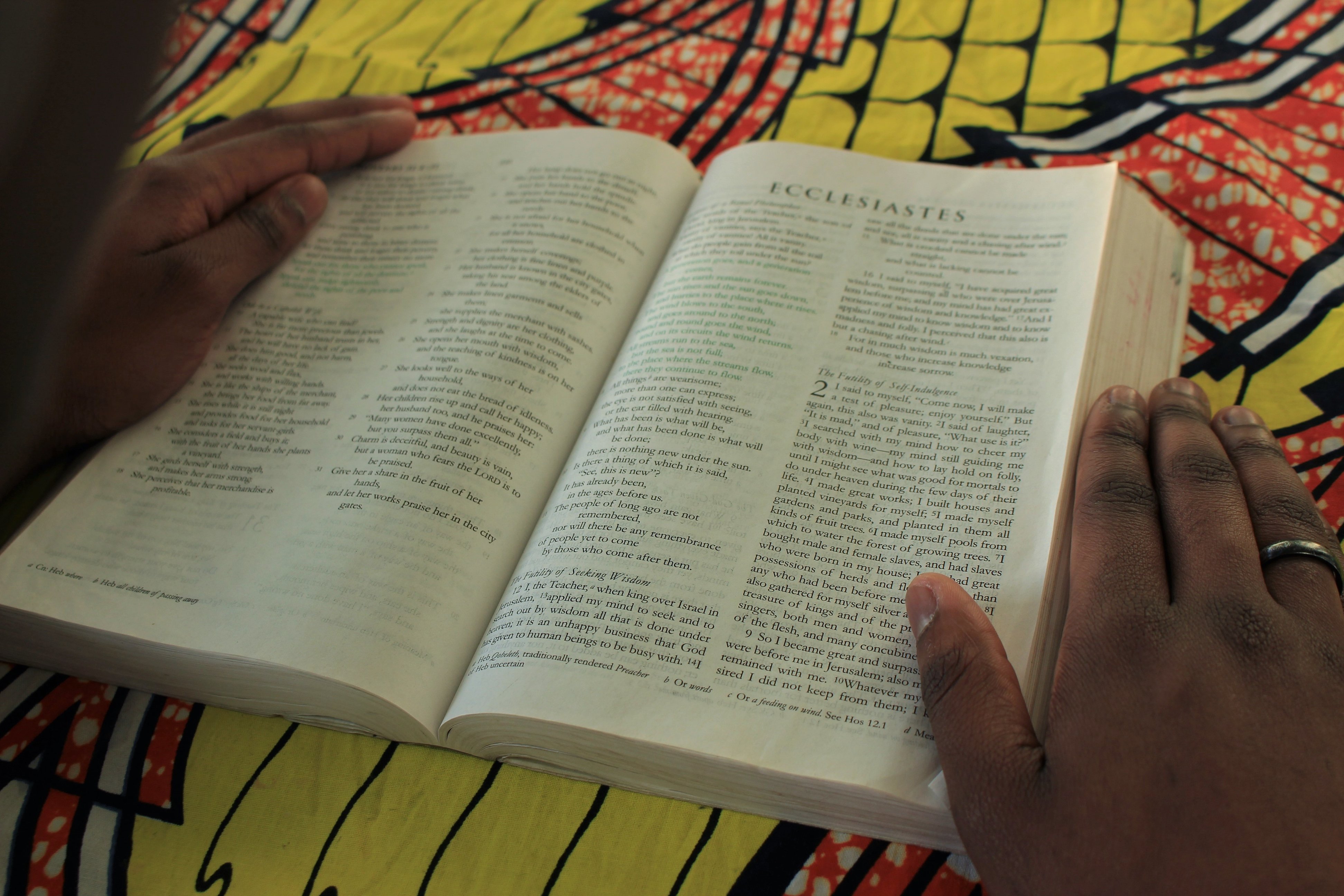 Artefact – You can’t be black, ‘woke’ and Christian

The church has always been a part of the identity of the black community but how has the Christian God benefited blacks?


African people in the United States have long been brainwashed to believe that Africa held nothing of value. Our long-established societies, cultures, religions and customs were presented as savage, heathen. We were told to be grateful for our enslavement. We were told that enslaved Christianity was better than living as free African people. We were terrorized into giving up our names and much of our spirituality.

Black Christians, your Bible tells you how important it is to honor the God of your fathers Abraham, Isaac and Jacob. Your Bible emphasizes that Jesus is of the house of King David. You are Christians because the Apostle Paul connected you to that ancestral line, though you were a gentile, and thus would otherwise have no seat at their Jewish family table.

Those connections are there because ancestral lineage matters. You have been told to respect other people’s ancestral stories, but to dismiss and even demonize your own. You are discouraged from even knowing about your African history. This is the insidious result of a white supremacist Christianity that permeates American soil.

“I am not your mama’s preacher. I honor the great rituals of my childhood faith,” she said. “But now that I have decolonized my religion, I have a duty and an obligation to present our ancestral wisdom and Indigenous spiritual practices in a way that is fully integrated with who I am.”
“When you adopt an African-centered practice, you realize how deeply embedded it is in your being,” she said. “In this moment, African descended people have had enough of trying to contort to a system that was built to annihilate us. If we are going to be truly free and liberated, it has to include our religion and spirituality (of our ancestors).”
During slavery, any deviation from the Christianity of the slaveholder was forbidden and considered illegal. The establishment of hush harbors, a secluded area in the woods where slaves would meet in private, provided opportunity for them to worship as they wished, but always under potential threat of punishment.

Al D said:
It is what they are teaching in the Christian religion, is it not? They also teach folks to worship and pray to a god that they have created. Jehova, Yahweh or what other name they use for identification as well as gender.
Click to expand...

"It is what they are teaching in the Christian religion, is it not?"

In the Anti-Christian religion, Idolatry is taught, but again, that is NOT in line with the scriptures.

"They also teach folks to worship and pray to a god that they have created. Jehova, Yahweh"

Who created Jehova, Yahweh? The scriptures state that Jehovah/Yahweh created Modern mankind beginning with Adam. The secular scholars all across the international scientific world states the same; that modern mankind come from one African male individual. No one created Jehovah; that has never been proven by any mankind.
***The Star of Bethlehem***

Al D said:
The post does not reference to indigenous religions of any peoples. It's speaking directly to the so-called Christian religion and namely Black christians. If you are a Black christian then it is speaking to you.
Knowing the history relating to the volume of unspeakable acts of torture, murder, coercion as well as wholesale massacres of indigenous peoples and the enslavement of an African people how could any person esp. a black person embrace this fallacy of a religion?

Since you mention Africa and it's religious beliefs. Here are a few excerpts taken from The Spirituality of Africa

GAZETTE: How would you define indigenous African religions?

OLUPONA: Indigenous African religions refer to the indigenous or native religious beliefs of the African people before the Christian and Islamic colonization of Africa. Indigenous African religions are by nature plural, varied, and usually informed by one’s ethnic identity, where one’s family came from in Africa. For instance, the Yoruba religion has historically been centered in southwestern Nigeria, the Zulu religion in southern Africa, and the Igbo religion in southeastern Nigeria.


For starters, the word “religion” is problematic for many Africans, because it suggests that religion is separate from the other aspects of one’s culture, society, or environment. But for many Africans, religion can never be separated from all these. It is a way of life, and it can never be separated from the public sphere. Religion informs everything in traditional African society, including political art, marriage, health, diet, dress, economics, and death.

This is not to say that indigenous African spirituality represents a form of theocracy or religious totalitarianism — not at all. African spirituality simply acknowledges that beliefs and practices touch on and inform every facet of human life, and therefore African religion cannot be separated from the everyday or mundane. African spirituality is truly holistic. For example, sickness in the indigenous African worldview is not only an imbalance of the body, but also an imbalance in one’s social life, which can be linked to a breakdown in one’s kinship and family relations or even to one’s relationship with one’s ancestors.

GAZETTE: How have ancestors played a role in traditional societies?

OLUPONA: The role of ancestors in the African cosmology has always been significant. Ancestors can offer advice and bestow good fortune and honor to their living dependents, but they can also make demands, such as insisting that their shrines be properly maintained and propitiated. And if these shrines are not properly cared for by the designated descendant, then misfortune in the form of illness might befall the caretaker. A belief in ancestors also testifies to the inclusive nature of traditional African spirituality by positing that deceased progenitors still play a role in the lives of their living descendants.

GAZETTE: Are ancestors considered deities in the traditional African cosmology?

OLUPONA: Your question underscores an important facet about African spirituality: It is not a closed theological system. It doesn’t have a fixed creed, like in some forms of Christianity or Islam. Consequently, traditional Africans have different ideas on what role the ancestors play in the lives of living descendants. Some Africans believe that the ancestors are equal in power to deities, while others believe they are not. The defining line between deities and ancestors is often contested, but overall, ancestors are believed to occupy a higher level of existence than living human beings and are believed to be able to bestow either blessings or illness upon their living descendants.

Here is the link in case you would like to read the full interview of Jacob Olupona, professor of indigenous African religions at Harvard Divinity School and professor of African and African-American studies in Harvard’s Faculty of Arts and Sciences, recently sat down for an interview about his lifelong research on indigenous African religions. "The success of Christianity and Islam on the African continent in the last 100 years has been extraordinary, but it has been, unfortunately, at the expense of African indigenous religions," said Olupona. 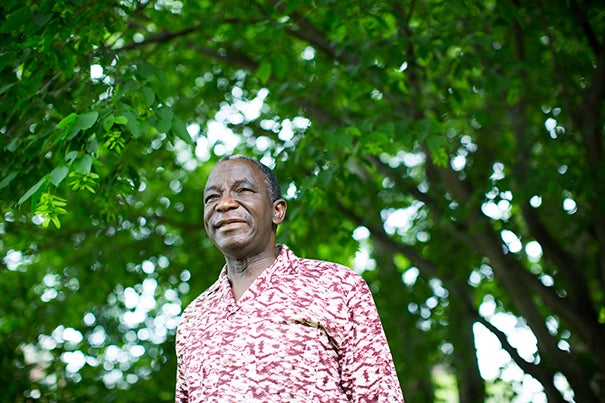 The spirituality of Africa

"Knowing the history relating to the volume of unspeakable acts of torture, murder, coercion as well as wholesale massacres of indigenous peoples and the enslavement of an African people how could any person esp. a black person embrace this fallacy of a religion?"

What time period are you referring to? Are you referring to prior to modern mankind or after? What does any religion have to do with Black people 'Indigenous peoples' killing each other, enslaving each other, unspeakable acts of torture, murder, coercion against each other? How is it that Black people welcomed White Supremacy into their lands and then blame this on religion or White people. Nobody forced them, initially, to welcome White supremacy and then start Black on Black hatred and violence against each other. That has nothing to do with any type of 'original religion'; that is simply Black Hatred.

So much Black Hatred--Black Self Hatred-- and disrespect.

"Since you mention Africa and it's religious beliefs. Here are a few excerpts taken from The Spirituality of Africa

GAZETTE: How would you define indigenous African religions?"

I am NOT concerned with anyone's right to believe in their type of African religion(s) except that it represents peace. I am referring to the positive African men (and women) in that continent who worship God in the name of his precious son, Jesus Christ!--but also others as well if they speak of peace. Those wonderful Black African men, leaders, are doing great things in their governments! Praise God. They give me hope. They have their governments, their own lands and they respect each other and come together and respect other Africans too, who may have different beliefs as well, but they agree and defend their human rights to be people of African descent. They give me hope!

I appreciate the AU headed up by Ethiopia! I appreciate the Oromo people! I appreciate so many other wonderful Black leaders, women and men over there who hold onto their ancient religious beliefs that speak of peace, love and respect towards other African people. And that is what Jesus Christ came for-PEACE!!! 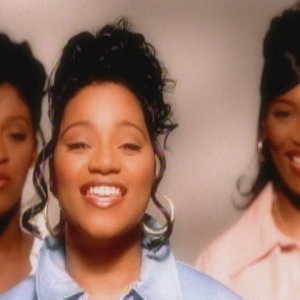