I was watching the Olympic track and field competition the other day and I just happened to notice that the majority of black athletes when interviewed most would say first I want to give thanks to jesus their lord and savior and athletes from other ethnic groups never once made a reference regarding giving thanks to any type of entity. Most of them took full credit for all the hard work that they had put in and it was finally paying off. Maybe they'll burn in Purgatory, I don't know.
Then I thought to myself, yeah man, you know as far back as I can remember black folks were always giving thanks to their lord and savior jesus christ and all praises and glory to their so-called god.
Now I ask, why in the heck is that? Never mind, don't answer it, I'll answer it for you, ( Because they have been brainwashed and Indoctrinated into believing in a fallacy and they are afraid to cast any doubt on this dogma and doctrine or question it ) . We have been taught to be humble and docile and not to take credit for our own accomplishments. Be they great or small. One needs to recognize that we are all endowed with certain abilities and the harder that we (not jesus) works at those abilities the greater we will become.. That essence of greatness resides in all of us and I will tell you that it does not come from a fabricated christian god or savior.

Doctrine ( a belief or set of beliefs held and taught by a church, political party, or other group )

Dogma ( a principle or set of principles laid down by an authority as incontrovertibly true ) This my friends is the foundation of The Christian Religion which by the way was established and built by actions of unspeakable horrors and crimes against humanity.
Last edited: Jul 18, 2021

Jesus is not an historical figure. He is for all practical purposes a copy from the story of The Babylonian Christ. In the British museum, today there is an ancient tablet dating back to about 2000 BCE well before the life of Jesus.
This Babylonian tablet tells of a story dating some 2000 years before Jesus therefore The Christian Passion story is just a copy of The Babylonian story. Below you will find the undeniable similarities of both stories...
The Assyrian-Babylonian Bel Myth Parallels to the Christian Jesus Myth

You folks may also want to pick up a copy of the book (Christianity Before Christ) there have been many Christ figures before this so-called Jesus.

It is also easy to steal a story and peddle it off as your own if one has the power and control over folks mind in order to do it. Once the mind is controlled the dominance is thorough and obedience complete. Folks need to have something outside of themselves to give them hope and strength and if that is taken away there is nothing left for them. Or so they think. I do believe that there is a power that is inconceivable to the human mind that has given us this existence, however that power isn't in the bible or Christianity. That power is of man and only exists through compliance of it's flock.

Here is another Savior God that existed before the Jesus savior god
This particular Savior God god is Krishna who existed somewhere around 3000 years ago give or take.

Despite their differences, Hinduism and Christianity have great similarities. And this is particularly prominent in the case of the life and teachings of the two central figures of these world religions — Christ and Krishna.

Hinduism and Christianity have many things in common​

Despite their differences, Hinduism and Christianity have great similarities. And this is particularly prominent in the case of the life and teachings of the two central figures of these world religions — Christ and Krishna.
Similarities in just the names of 'Christ' and 'Krishna' have enough fuel for the curious mind to prod into the proposition that they were indeed one and the same person. Although there is little historical evidence, it is hard to ignore a host of likenesses between Jesus Christ and Lord Krishna. Analyze this! 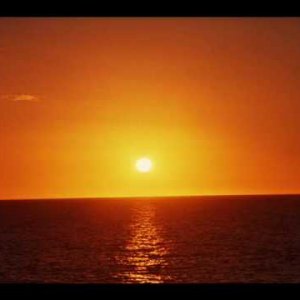