You can't actually own a person.
Only in from the mind of a psychopath or criminal could there break forth the notion of "buying", "selling" and "owning" another human being as if they were property.

It's an absurdity. A farce. It cannot be.

You might wield the physical power to impose the trappings of such a travesty upon your victim -- but then that simply makes you a criminal -- and they your victim.

Nothing more, nothing less.

You still can't actually own a person.

Likewise, there was no such thing as a "slave trade". You can't actually "trade" human beings either. Let's stop talking about this massive, multi-century criminal undertaking as if it was some type of 'commerce' or 'economic activity'. It was kidnapping. It was human trafficking. It was torture. It was murder.

It was CRIMINAL ACTIVITY.

These people weren't 'businessmen'. They were members of a multi-century criminal syndicate that ran unopposed because there was no one there to oppose them. Criminals who were never brought to justice.

And where were all of these alleged great European "intellectuals" of the time, when they were needed? Those fantastic and eloquent men of honor that I can't seem to find anywhere but in the movies? Why didn't they expound [to these criminals] upon the errors of their ways -- and put a stop to unpardonable sin?

Did the cat have their tongues for 400 years?

Likewise, there were no black American "slaves" in America. Let's stop using those ridiculous terms, those absurd euphemisms that the sociopaths who perpetrated these crimes chose to use. They don't deserve that type of accommodation or leniency.

Let's also stop saying that black Americans were the "descendants of slaves". There was never a nation in Africa called "slave-land", populated by people called "slaves", who were freely available for anyone to abduct and commit atrocities against as they pleased; and whom intended should procreate and give rise to later generations that would be referred to as "the descendants of slaves".

Or should we then refer to the children of sexual assault victims as "the descendents of rape victims" ? And continue to refer to them as such, generation after generation?

"The charming town of Kingston was founded in 1934, by the descendants of rape victims".
Hmmm... When you put it that way, its pretty clear that this wouldn't be healthy for the self-image of those poor Kingstonians at all, would it?

'Captivity' (because 'captive' is a more fitting term for such a condition than "slave"), is something that happened to black Americans -- It's not who they are.

In fact, the term "slave" is entirely inappropriate for use in reference to what was done to black people in America. Its a term that allows those who committed those crimes escape conscious responsibility for having done so.

It's a word that implies a state of being -- rather than a state of having been done unto.
The term slave, by its connotation in the American cultural consciousness, assigns shame to the victims, rather than assigning responsibility to those those who perpetrated the crimes.

This is why the words "slave" and "ni**er" roll so easily off of the tongue of a racist. He or she, in speaking such, believes that he's insulting black people -- when in reality he is actually recounting the crimes of his own ancestors. Black Americans, in turn, perceive the malicious intent in the way these epithets are being used toward them, and therefore take offense -- needlessly -- since the shame is not truly their own.

If a racist were forced to replace either of these epithets with the words "captive", "victim of human trafficking", "rape victim", "assault victim" or "sodomy victim" (many black men were sexually assaulted rectally by their white male captors in a depraved form of sexual abuse called 'buck breaking'), then they would be far less inclined to spew their venom.

Because if there was a victim of a crime -- then there must surely have been a criminal -- and they would not want to call attention to this fact, for obvious reasons.

for the most part ---there were already Africans in AmeriKKK loooong b4 the slave trade got started.
"The First Americans Were Africans: Documented Evidence --by Dr. David Imhotep

Fine1952 said:
for the most part ---there were already Africans in AmeriKKK loooong b4 the slave trade got started.
"The First Americans Were Africans: Documented Evidence --by Dr. David Imhotep
Click to expand...

Who Was the First African American?
100 Amazing Facts About the Negro: We know his name, and that he arrived well before the Mayflower

... As a matter of fact, Africans arrived in North America more than a century before both the Mayflower landed at Plymouth Rock and before these Angolans arrived in Virginia. What’s more, we even know the identity of the first documented African to arrive ...

Initially, it wasn't criminal and people made quite a bit of money off of it. Thus, it was an economic enterprise. In fact, 70% of this country's GDP was directly based on slavery. That's why it's bloodiest war was fought over it

Semantics. Call it what one will the affects of it were/is very real.

Black History : End of a decade: What the 2010s, Obama, Trump and Black Lives Matter meant for Americans

Black History : 'We have a long way to go:' Descendants of first black Americans on race relations 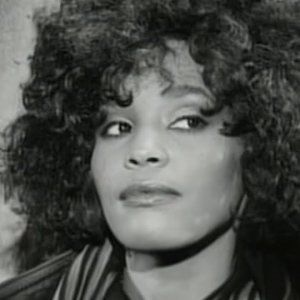