Black Afrikana Ain't Concern About Black Afrukans No More
Chief Elder Osiris Akkebala
Let me state this right out of the gate of the Divine Truth And Reality, my concern is not about everybody making claim to be victims of Racism, Unjust Prejudice or another part of your ethnicity, my concern is about Black Afrikans because today every Tom, Dick, and Harry regardless of ethnic identity now make claim to be Afrikan, especially if living in Afrika without the code that verifies you with the right to be identified as Black Afrikan historical.

You must reject America and rise up to be accountable to your self and together we will be with a soul that will guide you to your freedom away from an environment that has nothing but pain and suffering to offer to you, but together away from America with our Enslaved Ancestors Reparation/Repatriation in our possession and we back to where we were taken away from, then the power of the soul will become the verification of your freedom beloved.

So, here I am able to make the statement without hesitation or self-condemnation that Black Afrikans are not concerned about Black Afrikans since we are able to witness an open day execution of a young Black man and remain calm.

I remember the time of the sixties and seventies which I experienced and participated in actively when Black was beautiful and the term relationship of sister and brother had Revolutionary meaning and if you harm one of us you harm us all and no evil against Black Afrikans are to go unpunished and we revered that creed.
Not so today, you can't get Black Afrikans to become excited over the fact of the committing by America against our Enslaved Ancestors the crime of Chattel Slavery against our Afrikan Ancestors and here we are today acting as if there is an expiration date for that evil America done against our Enslaved Ancestors.

Yet you can act to be surprised when modern-day execution in broad daylight with an audience is taking place by those who make claim to represent law enforcement are committing the crime as your Black behind gaze being surprised as if such action against Black Men is not common when you know it is.

As the world turns so must you be qualified to meet the challenge of its action, be it against you or for you, Black Woman and Man. and remember if we remain divided we will continue to die a death of agony for where there is no loving concern for each other, it widens our Divide and our Division is Lucifer strength over the Black Afrikan world, beloved.

C
Black People : Ain't Nobody That Is Against Reparation/Repatriation Doing Or Giving Anything To Black Afrikans That Is Worthwhile To Your Liberation!!! 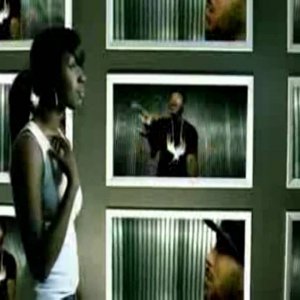