jamesfrmphilly said:
IMO :
all 'currencies' are based on agreement by a group of white people that they are to be used as an instrument of trade.
none have intrinsic value. their value is in the consensus that they will be accepted. white people set value.
Click to expand...

Let's discuss value. What is valuable to you? Especially in this digital age. Privacy is high on the list. Bitcoin provided that. Before bitcoin no one could send money electronically without someone else knowing. (Bank of America, Chase etc) People found this valuable. Now people have compared precious metals to bitcoin. Let's do that. Gold is valuable because of the resources and time it took to first find it, dig it up and refine it.

Compared to Bitcoin, in order to mine a bitcoin, you need to find it with a computer and the internet. Your computer uses processing power and electricity to dig up a bitcoin. So your internet bill, the cost of a computer, and the electricity used to power your computer are all real tangible costs that are put into bitcoin thus making it valuable.

Next thing to evaluate is, what is money?

Money is divisible, doesn't break down over time and easy to transport. Gold and silver meet all of these.

Bitcoin is divisible, it doesn't break down over time and it's easy to transport (via phone, flash drive etc).

As a matter of fact you can break down bitcoin down to the millionth of a percent and any computer in the world will know it is a bitcoin but if you did the same with gold you couldn't tell the difference between it and a speck of dust.

Now some people are concerned that bitcoin can be hacked. It can't be hacked. The trading exchanges like Mt. Gox or Binance or Coinbase can be hacked. But Bitcoin and other cryptocurrencies can't be hacked. The code that was used to build bitcoin is of public information and people have tried cracking the code and no one has been able to crack bitcoin. Unlike, Citi Group, Experian, Nasdaq, Target, Sony, TD Ameritrade, Uber, have been hacked. Institutions that have the means to prevent such things have been hacked but not bitcoin.

Bitcoin is going to change our definition of money. Hope this provides more clarity to those who want to know more about bitcoin.
Bridging the digital divide one day at a time through our black business directory.

Black Money Business Jobs : U.S. Economy Collapse: What You Should Know in Case of US Economic Collapse

Black Money Business Jobs : What Should I Charge? 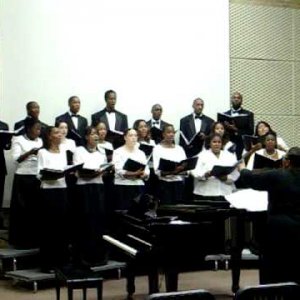