Gates , the multibillionaire, who planned and implemeted this "James Bond movie villain" scheme to save heirloom seed in a top security vault, in Antarctica

now says he is Mr altruistic, for planning to give Gentically Modified mess to Africa???

On this God-forsaken island Bill Gates is investing tens of his millions along with the Rockefeller Foundation, Monsanto Corporation, Syngenta Foundation and the Government of Norway, among others, in what is called the ‘doomsday seed bank.’ Officially the project is named the Svalbard Global Seed Vault on the Norwegian island of Spitsbergen, part of the Svalbard island group.

The seed bank is being built inside a mountain on Spitsbergen Island near the small village of Longyearbyen. It’s almost ready for ‘business’ according to their releases. The bank will have dual blast-proof doors with motion sensors, two airlocks, and walls of steel-reinforced concrete one meter thick. It will contain up to three million different varieties of seeds from the entire world, ‘so that crop diversity can be conserved for the future,’ according to the Norwegian government. Seeds will be specially wrapped to exclude moisture. There will be no full-time staff, but the vault's relative inaccessibility will facilitate monitoring any possible human activity.

Did we miss something here? Their press release stated, ‘so that crop diversity can be conserved for the future.’ What future do the seed bank’s sponsors foresee, that would threaten the global availability of current seeds, almost all of which are already well protected in designated seed banks around the world?

Anytime Bill Gates, the Rockefeller Foundation, Monsanto and Syngenta get together on a common project, it’s worth digging a bit deeper behind the rocks on Spitsbergen. When we do we find some fascinating things.

Colonialism is not dead

— Bill Gates and the biotech juggernauts are doing their best to keep Africa dependent on imported technology, just like in the bad old days of colonialism.
In the latest iteration of “the rich world knows best,” it is Bill Gates in the company of the few, huge private biotech firms that have joined the long (sorry) list of those that think they know best how Africa should grow its food. If the history of colonialism and subsequent development practice has taught us anything, it is that all interventions
must strengthen resilience, encourage diversity and be locally appropriate. The biotech seed proposal for Africa fails on all three counts.
A February 17 Des Moines Register article implies that the U.S. model of crop production
will be exported to African nations by giving biotech seed to African farmers. Exporting a model developed specifically for the U.S. to the 47 countries of sub-Saharan Africa is bad enough; worse, this model is focused largely on high inputs for monoculture corn and has caused enormous problems in the United States. Why would we want to export it?

Concerning Bill Gates. This man has now "openly" joined the oppressors and carrying out their plan. This is his duty now for the help given to him with creating the world's most used operating system from the worst operating system ever developed by yes stealing and reverse engineering.
//
The oppressor does not let ANYONE get rich without incorporating them into their system and expects some type of payment afterwards.

//Those who refuse either does not get rich at all, and if they succeed, they are either killed or their character assasinated in the public eye, and suddenly they have massive debt.
//
See, money can be a threat to them if the person does not join them. 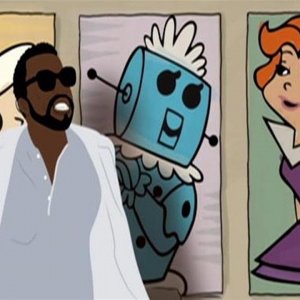