Nobody can speak for a people all by themselves but a person can point out what is not looking like a positive path and I feel like Cosby did that to an extent not a whole. Yes ebonics are a poor and sad choice of grammer and we should try to uplift the education values in our community's. The Fat albert show was not a good show as in grammer but in message and we must rember that we needed that show at that time and we controled nothing that was placed out at that time. Let's not pick eachother apart but uplift and find ways to solve a problem instead of throwing stones.. we all live in glass houses at times.
A

HODEE said:
Very good point AUM. Cosby did make the " Fat Albert" cartoon series. He brought that straight out of how he grew up and the kids around him. In that cartoon. He ( Bill ) spoke proper english, yet he exploited the dialect of those he knew and grew up with.

Blacks learned english from poor speaking southern slave holders. We have improved considerable compared to how and what we were taught. Today if you go to the south. You will find broken english. So what do we call southern white’s language that isn't correct? ( Caucabonics )

The famous poet. Paul Lawrence Dunbar spoke and wrote in both broken english and proper english. If Americans and Bill Cosby have a real problem with how we speak. That's their problem. Not ours. The point was made, by
Chief Elder Osiris " Tell me what will it profit Black poor people to learn the America phonetics, will it cause a rise in their Scio- economic status in America by doing so or will it cause them to sound more white American or become more respected? "

No it won't give us more jobs, more respect or more standing on an economic level. Bill Cosby is trying to distinguish himself, and lower the embarrassment he feels when asked by his counterfeit friends. About the language they hear coming from other blacks and how eloquent he speaks. He has lost something here. He may never recover, whether it makes a difference or not. Bill has fallen in the eyes of many.

" Linguist William Labov carried out and published the first thorough grammatical study of African American Vernacular English in 1965.
In the late 1960s and early 1970s, his studies of the linguistic features of Black English Vernacular (BEV) were also influential: he argued that BEV should not be stigmatized as substandard but respected as a variety of English with its own grammatical rules, although speakers of BEV should be encouraged to learn standard American English for interactions in society at large. "

" A linguistics professor at Washington University created the term Ebonics in 1973, then detailed it in his 1975 book, Ebonics: The True Language of Black Folks.
African-American Vernacular English (AAVE), also called Ebonics. Black English, or Black English Vernacular (BEV) is a dialect of American English. Similar to common Southern US English, the dialect is spoken in many African-American communities in the United States, especially in urban areas. It has its origins in the culture of enslaved Americans and also has roots in England.
Sociologists, linguists and psychologists generally believe that it is common for oppressed people (as, for example, African slaves in the Americas) to adopt a radically different dialect from their oppressors. This is done to subtly rebel against the oppressor and his culture, and to differentiate themselves, as well as to foster pride among their community. Slaveholders generally considered the changes in speech to be due to inferior intelligence.

Most speakers of AAVE are bidialectical in that they command Standard American English (SAE) to some degree in addition to AAVE, switching between using SAE forms and AAVE forms depending on social context. "
Click to expand...

Very good point AUM, he did make the fat albert gang indeed he did
i like python and khasm replies as well
so right now i have nothing to add....
Peace
Angel

originally, I read about this topic in an article on blacknews.com. what surprised me was the fact that the NAACP didn't fully adrress Cosby's remarks. Instead they only adrressed the statistics of of welfare recipients, when they should have said more. other than that- everything else is already well put!
A

daroc said:
originally, I read about this topic in an article on blacknews.com. what surprised me was the fact that the NAACP didn't fully adrress Cosby's remarks. Instead they only adrressed the statistics of of welfare recipients, when they should have said more. other than that- everything else is already well put!
Click to expand...

Interesting. I believe Cosby is a BIG donor to the NAACP. Do you think this has something to do with their passivity in dealing with "mistuh Cawby"?

Chief Elder Osiris : USATODAY. COSBY ISN'Y ALONG IN ASKING BLACKS TO OWN UP TO THEIR PROBLEM. 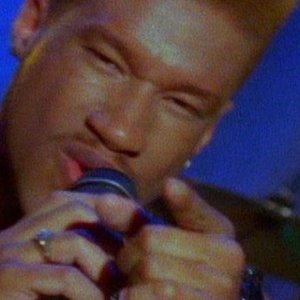