The basis of so many discrepancies in the Bible is the fact that of the 47 men appointed by King James I of England to translate the Bible (ca. 1611), only 3 understood Hebrew...and 2 of these died before the Psalms were translated...(This information can be found in the Royal Masonic Encyclopedia.) The following are some Biblical discrepancies worth pondering:

There are actual forgeries in the Bible. The last 12 verses of the Book of Mark (16:9-20) were not contained in the original Greek manuscripts, neither were the verses in St. John 7:53 and 8:1-11. I John 5:7 is also a forgery, in addition to the words “blessed art thou among women” in Luke 1:28. The Greek manuscripts were translated into English circa 1611, and these forgeries were inserted by the devious translators for a specific purpose...

The Dead Sea Scrolls, the most important discovery in many centuries, will completely change the traditional understanding of the Bible, because they will account for the 18 years (i.e., from age 12 to 30) missing in the life of Jesus, and offer new light on the period just preceding his birth...

The Jews, having no names for north, south, east or west, expressed the idea by words signifying before, behind, right and left, and very often confounded the terms exoterically, thus making the blinds in the Bible more confused and difficult to interpret. Add to this the fact that out of the 47 translators of King James' Bible, only 3 understood Hebrew, and of these 2 died before the Psalms were translated, one may easily understand what reliance can be placed on the English version of the Bible.
A

The Christian concept of the Trinity originated in Africa. In ancient Egyptian eschatology the original Trinity is: (1) birth, (2) life, and (3) death, the primary three-in-one. Birth is represented by the father, because there can be no birth without the father; life is represented by the Sun, because there can be no life without the Sun; and death frees the spirit entombed in the flesh, thereby enabling it to return to the Source from which it emanated. These and many other profound teachings were perverted through misinterpretation and mistransliteration, done mainly by the Jews, who developed their own version of the Trinity as we know it today: “The Father, the Son, and the Holy Ghost.”
A

Parts of the Book of Proverbs came from the ancient Egyptians of Africa. According to the eminent Egyptologist J.H. Breasted, The Wisdom of Amenemope - the written works of the great Egyptian Pharaoh who reigned during the time of Solomon - was translated into Hebrew, and an important part of it found its way into the Old Testament. Whole sections of Proverbs 22:17 and 23:11 are largely drawn verbatim from The Wisdom of Amenemope. The Hebrew version is practically a literal translation from the Egyptian...
S

According to David Icke (The Biggest Secret) "The True Authorship Of The New Testament" by Abelard Reuchlin, first print in the U.S. in 1979. It talked about an inner circle or inner ring, the most exclusive club in history, who knew the 'Great Secret'. In this circle were those religious, political and literary leaders, who knew the truth about Jesus, but did not want anyone else to know. What struck me was that this book came to the same conclusions that I had. The Gospels are an invention designed to manufacture a new prison-religion. The book doesn't get into all the symbolism I have documented here, but is does name the family and others who wrote the New Testament and the codes they used to 'sign' their authorship. One of these codes, interestingly, is the number 40 I highlighted earlier. Forty was also represented by the letter M, as in Mary. From Reuchlin's book: "The New Testament, the Church and Christianity, were all the creation of the Calpurnius Piso (pronounced Peso) family, who were Roman aristocrats. The New Testament and all the characters in it -- Jesus, all the Josephs, all the Marys, all the disciples, apostles, Paul, John the Baptist - all are fictional. The Pisos created the story and the characters; they tied the story to a specific time and place in history; and they connected it with some peripheral acutal people, such as the Herods, Gamaliel, the Roman procurators, etc. But Jesus and everyone involved with him were created (that is fictional!) characters."
C

Since you believe David Icke, a television reporter and journalist, [NOT EVEN A HISTORIAN] about things that happenned 2000 years ago.

I was wondering if you also believe that the Earth was created by Alien Alligators? A reptile race.

You can go to his website which will tell you all about the Alien Alligators.

For every argument for Jesus there is someone crazy with a wacky counter argument.

People would rather worship Alligators than worship God.

Black Spirituality Religion : Is This Present Coronavirus Outbreak a Part of Biblical Prophecy (the Pale Rider)?
8 9 10 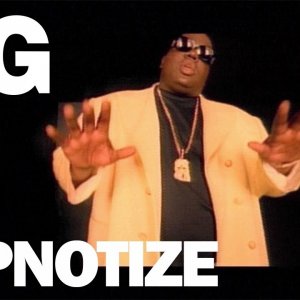