Benin is the home of Voodoo. The ancient animist belief was taken by slaves from this tiny West African state to Haiti and New Orleans. Benin is the only country in the world that officially recognises Voodoo as a state religion, affording it the same national status as Christianity or Islam.

But, as Unreported World reveals, Voodoo is trapping thousands in poverty and causing some families to sell their children in to slavery. Seen by its adherents as traditional belief that connects them to their land, culture and ancestors, Voodoo is a complex set of beliefs and obligations that, it is claimed, has helped enforce religious and social order for more than 4,000 years. However, as reporter Evan Williams and director James Brabazon discover, it is frequently perpetuated by threats, fear and even the kidnapping of young children.

Their journey takes them to Abomey, the ancient capital of the Kingdom of Dahomey and a traditional centre for Voodoo worship. Here they discover that children as young as two have been identified by priests as the next generation to be initiated into secret religious rites.

Many are forced into so-called Voodoo Convents for expensive initiation ceremonies fuelled by animal sacrifices, and their impoverished parents must pay if they are ever to see their children again.

I hope no one actually believes this non-sense being reported by White folks.
I


Knowledge Seed said:
I hope no one actually believes this non-sense being reported by White folks.
Click to expand...

one or 2 lil bruh. Thanks for sayin it so I did not have to.

Knowledge Seed said:
I hope no one actually believes this non-sense being reported by White folks.
Click to expand...

How quickly we are to forget

The his-story lesson that we have learned eh white man? Let us remember the works of the late Charles Dickens, who produced novels that are still required reading in many schools. Novels that depicted the barbaric, unsanitary, and cruel conditions of pre-industrial England, where children were sold as indentured servants to factories. In fact I recall, learning in social studies that the current child welfare laws of Canada came directly as a result of the harsh conditions faced in Britain and eventually prohibited because of revolts and uprisings.

Charles' father was imprisoned for owing a relatively small sum, and his family was forced to join him. Because of his own experiences and the stories he saw around him, Dickens wrote primarily about the social conditions of the poor and working class.

Before the Bankruptcy Act 1869 abolished debtors' prisons, men and women in England were routinely imprisoned for debt at the pleasure of their creditors, sometimes for decades.[13] They would often take their families with them, the only alternative for the women and children being the shame of uncertain charity outside the jail, so that entire communities sprang up inside the debtors' prisons, with children born and raised there. Lucinda Cory of the U.S. Bankruptcy Court in Rhode Island writes that other European countries had legislation limiting imprisonment for debt to one year, but debtors in England were imprisoned until their creditors were satisfied, however long that took. When the Fleet Prison closed in 1842, some debtors were found to have been there for 30 years...

By 1641, around 10,000 people in England and Wales were imprisoned for debt.[15] Helen Small of Pembroke College, Oxford writes that, under George III, new legislation prevented debts of under 40 shillings leading to jail, but even the smallest amounts could quickly exceed that once lawyers' fees were added on. Under the Insolvent Debtors Act 1813, debtors could declare themselves insolvent and request release after 14 days in jail by taking an oath that their assets did not exceed £20; but if any of their creditors objected, they had to stay inside. Even after a lifetime in prison, the debt remained to be paid.[16] http://en.wikipedia.org/wiki/Marshalsea​
"

An excerpt from The Sadler Committee:
At the time when you were beaten for not keeping up with your work, were you anxious to have done it if you possibly could?
--Yes; the dread of being beaten if we could not keep up with our work was a sufficient impulse to keep us to it if we could.

When you got home at night after this labour, did you feel much fatigued?
--Very much so.

Had you any time to be with your parents, and to receive instruction from them?
--No.

What did you do?
--All that we did when we got home was to get the little bit of supper that was provided for us and go to bed immediately. If the supper had not been ready directly, we should have gone to sleep while it was preparing.

Did you not, as a child, feel it a very grievous hardship to be roused so soon in the morning?
--I did.

Were the rest of the children similarly circumstanced?
--Yes, all of them; but they were not all of them so far from their work as I was.

And if you had been too late you were under the apprehension of being cruelly beaten?
--I generally was beaten when I happened to be too late; and when I got up in the morning the apprehension of that was so great, that I used to run, and cry all the way as I went to the mill."​

We ought to include the system of tithes established in both England and France. "The "dîme" was originally meant to support the local parish, but by the 16th century many "dîmes" went directly to distant abbeys, monasteries, and bishops, leaving the local parish impoverished, and this contributed to general resentment. In the Middle Ages, some monasteries also offered the "dîme" in homage to local lords in exchange for their protection"
http://en.wikipedia.org/wiki/Tithing#England

It is so obvious that the author of this "documentary" has as his intention to create opposition and outcry against voodun. Instead of focusing on the obvious need for development and access to market opportunity, the fool almost endorses the state of poverty, and then criticizes how the people spend their hard earned money.

Religions and faiths all over the world offer services and vigils that require money. Back in the day when women had no right to hold property, and they were not able to marry, the church became their haven. Their inheritances were often given to the church in exchange for sanctuary and an education. In fact, most educated women in the 16-17th centuries were educated through the church, with a dowry being paid to it. This was of course only for the upper classes, as poor women and children were at the mercy of the streets. 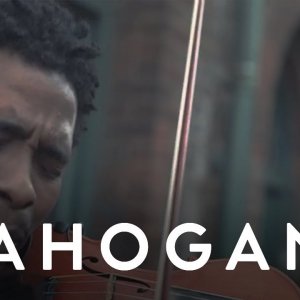