Please support destee.com, the oldest, most respectful, online black community in the world - PayPal or CashApp - Thank you.
Donate
S

Seneb said:
Peace you right my brother this is a wicked serpent.We can take the same example with the Kongo Kingdom:Even though the King of this kingdom converted to Christianity,thus converted his subjects to the religion the Portuguese have started to capture people,when the King complained about this they tried to kill him and finally they overthrew him and put in place a puppet.I got a lot infos on this particular subject but in French,i will try to find some stuffs in English.
This country called Portugal has done so many damage to our people,we often sleep often,these people will pay a high price for what they done to our motherland!
Click to expand...

Upon asking the definition of rely. The source gave me as alternatives. Define religion. is this not what religion is. something relied upon to depend on and repose? Repose the Sprit. Calm down. Only then can one be overtaken and controlled.

No one should ever be reposed. Controlled and collected to the degree that they give the will and right to freedoms.

Freedom to choose to not choose. The choice always being theirs.

Africa at this time in the CONGO and BEYOND. Is waiting on our intent
Today as with days past. They are waiting on our new gathered strengths to help. Help free ourselves by helping free ( them ) our roots.

The break up of Africa was intentional. It had to be it was decided. The nation had to be broken and divided among the nations whom gathered to steal its wealth and resources.

This division was mapped out and categorized in a book written by Frederick K. L. Schuman
a professor of Political Science in 1937 which is contained in the second edition of
" International Politics. "

Then there were Minor Powers

A League of Nations mandate refers to a legal status for certain territories transferred from the control of one country to another following World War I, or the legal instruments that contained the terms for administering the territory on behalf of the League.
" If you know something is wrong or bad.

Seneb said:
Thank you very much because most of the time they show us africans who said "oh yes we did it,we sold our own people".These sisters said something that is fundamental:initially there were resistances.The white man make us believe that he was hanging around africa with his boat and that africans was waiting in the beaches with slaves,smh...The white man knew what he was doing... In fact the problem is that the power struggle was not in the favor of africans due to european guns,so some africans were forced to make wicked deal to save their people;some of the so called kings who sold us were puppet created by the beast as it is today with these traitors who ruled most so called african nations.
Click to expand...

Oh!!!! Pleeeaaase!!! Come off it. Like all slavetrading states, Benin is and was a pagan paradise. Why do people keep regurgitating the same old non-sense? Any intelligent person can see that slavetrading, like all trading, is and was a two way street. Both sides were guilty. Until we face this and many other cold, hard facts of history, we will never solve our problems as Africans.

G
Benin : Title: Journey to the Motherland: From San Francisco to Benin City 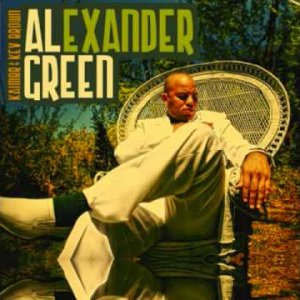