Last christmas after I learned about the pagan roots of that holiday and made the decision not to celebrate it I still went to church to support my sister whose new born baby girl was being dedicated that day. Even though it was hard to sit there listening to the ignorance with which they proclaimed that "Jesus is the reason for the season"--listening to them criticising businesses for saying happy holidays instead of merry christmas when it is the church that doesn't know they are actually celebrating Deis Natali solaris Invincti (the birthday of the invincible sun) still I knew I was there to suppost my sister and if this is what made them happy why should I destroy it.

Seems like my brother in law was making an extra effort to get me to say merry christmas. Because I was right in the buckle of the bible belt and the people in that town had a track record of dealing with unbelievers in a somewhat dastardly way I had not told anyone why I was not going to church. But I had to hold on to some level of dignity. I refused to be cowed into letting them control my tongue. I don't think it was lost on anyone that I was not saying merry christmas. Their need to hear me say the right things and the relief I knew they would feel if I said them only reinforced my opinion that church is not the place for true spiritual growth.

Just now I was on the phone with my mom and she was telling me that I needed to start going to churchan again quoting scriptures and what not. Because I did not respond with much enthusiasm she asked me if I agreed and again I tried to respond with silence. I am not eager to break my mother's heart. My stepfather just opened up his own church increasing the social and financial pressures to believe a book I've found to be flawed and a religious system which only pretends to follow that book,

If I thought it were just a matter of educating them--of pointing out what I've found I could do that. Then if they did not see things the way I do we could agree to disagree and that would be that. But that can never be that if you believe anyone who doesn't believe what you do is going to hell. So my mom kept asking me if I agreed with her. If I had been talking to anyone else about anything else I would see this question as a desire to find out where I stood. But in this case I just felt pressured because I knew there was only one acceptible answer. So finally I said I did not care to talk about it right now. Then she actually asked me if I still believe in God.

You know I was deep in the matrix myself so I know how christians think. That is to say I know the pseudo-thought conditionings that keep them from really thinking. One day I will have to tell my mother and them what I have found in the bible. It seems pointless because they are always bragging about how much they read it. I am convinced they read with their eyes closed. Like the brotha here who pointed to Genesis as proof of Jesus' divinity. There was no proof, just the interpretation that he brought to those verses. As a christian I have brought the same interpretation to those same verses refusing to accept the reality that they could be and have been interpreted in many ways depending on the presuppositions of the reader. So it is not just about education. A person has to come to a point where they are dissatisfied with the dichotomy between what they know and what they believe and will no longer insulate those beliefs against the knowledge that refutes them. Until my family get to that point hopefully I will be able to resist the pressures from their needs for verbal reassurance.

By the way my mother did apologize pointedly for not putting my name on the cd as an executive producer and acknowledged that I must have felt betrayed. She is going to redo the covers. So that issue no longera lies between us.

Hopefully this issue will be resolved as well. Hopefully it will not be as emotionally charged as I think it will be.

What are your thoughts about the need humans have for others to believe what they believe and how we deal with the pressures and live by our convictions without destroying those we love?
If you've been wondering where all the Black fantasy writers are, be sure to check out:
Rhonda Denise Johnson The Writer who Paints Pictures with Words
The cover for The Crossroads of Time was designed by Brotha Rapchild, a professional graphics designer, and video editor for the above trailer.

Speaking for he Child: An Autobiography and a Challenge, depicts my personal experiences going through public schools and facing adulthood with a progressive visual and hearing impairment.
http://rhondadenisejohnson.com/speaking
I

What are your thoughts about the need humans have for others to believe what they believe and how we deal with the pressures and live by our convictions without destroying those we love?
Click to expand...

People seem to have to share a common ground in order to feel secure,whether it be physical,spiritual,or psychological.It is true that we as humans need each other to survive but within our common planet there are smaller groups that can help sustain us in a certain aspect.(ie destees.com)

Belief can be the one thing that divides us.Considering how belief is not based on facts,or what is observed as true, but interpretation.

The people we call family need to be awoken to the truth or something similiar like facts,especially when it pertains to religion or spirituality.The awakening process starts when people have an urge to find the truth or when they are young,possibly children.

I guess people feel the need to create a field of like minded others around them to make there beliefs seem true since others would believe the same.

You may not destroy the ones you care for if you tell them something that they do nor beleive in,if you show them (indirectly)than you may lead them to a path of true revelations.

The ones we care for can be destroyed,but only if they are not aware of it or apathetic of such.What must happen (I have family that acts the same way as some of yours in terms of how they treat me and others) is that they must be taken down and rebuilt in a way so that the flood of dogmatic religion does not overtake them again.

african proverb:It is hard to awaken those who do not know they are asleep.

You have mad wisdom. Thank you for sharing. Keep it up you will soon be one of my many teachers.
I

You have mad wisdom. Thank you for sharing. Keep it up you will soon be one of my many teachers.
Click to expand...

I guess you can say that wisdom manifests itself in words when someone surrounds themselves with wise people like yourself.

As a christian I have brought the same interpretation to those same verses refusing to accept the reality that they could be and have been interpreted in many ways depending on the presuppositions of the reader.
Click to expand...


Actually, no, the Holy Doctrine can't be interpreted in many different ways as if it's open like that. There are correct interpretations, and misinterpretations. Depending how far along one is on their journey, and how much it is they are supposed to understand can play into what's interpreted correctly or not.

Also, one shouldn't be going at it alone, of course. But someone more well versed in the faith should be there, and if not because of the many hypocrisies of men, one should be deep in prayer to the Father in the Name of the Son for this very understanding.

I can understand the not saying "merry christmas" though, and how people try to force it from you when you recognize what that holiday really means. And it's great that you stand by your convictions in that, especially as a female, because we're often attacked, more so than men I believe, when people feel we're not believing right.

As Christians, one should know all they celebrate, because if it does not truly go back to the worship and fear in the Father, then it's not to be celebrated. All believing should know that.

So long as we search for the Father with a true heart, we'll find the truth in our KING, the Most High. We'll know He's our salvation, and He's sent His Way that we might attain this, by the cleansing of our sins, by the Blood of His son's sacrifice. And just as He was resurrected to life eternal and ascended, so shall we know eternal life after resurrection, and have a place in the Kingdom of our Father.

A
Black Spirituality Religion : What scriptures in the Old Testament support the belief that women are more emotional than men and m

Black Spirituality Religion : What are your thoughts on whether metaphysics is inconsistent with your current belief system?
16 17 18

Black Spirituality Religion : Islam teaches belief in the Bible (How can a Muslim not believe in the Bible?)
9 10 11 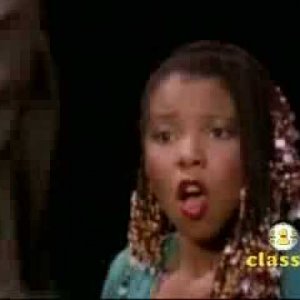