Senegal : Being African American in Senegal

When I arrived in Senegal I imagined that I was going home because that’s what everyone called it. Family members and church women in bright colored dresses all exclaimed, “You get to go back! You get to see Africa and you get to see home!” This idea of home is what drove me to take a gap year in the first place, but the thing about returning somewhere is that it is always completely different than you remember.

Hi Liberty. I think it is unfortunate how so many African Americans have this romanticized view of Africa. Home? Our ancestors may have come from there, HUNDREDS of years ago, but it is a foreign world for us and the native Africans do not always view us as one of the family 'returning.' Having lived in southern Africa for a number of years, I learned very quickly that culture, language and wealth clearly separate us from the native Africans. In southern Africa and other areas, there is a general term which translates to "white-man." This term is often used for whites AND black Europeans/Americans. The term is largely culturally and not necessarily about race.

I have seen so many African Americans return to the states realizing just how different and disappointing their experience has been while there. They wanted to feel like they were going home, but it wasn't. The didn't speak the language(s), didn't know the customs, didn't have the same appreciation for the lifestyle presented to them. But, for those of us who were not so romantically duped, we experienced a people, language, culture rich with community, simplicity and beauty. We managed to make connections w/o trying to force it.

theThirdPig said:
... I learned very quickly that culture, language and wealth clearly separate us from the native Africans. In southern Africa and other areas, there is a general term which translates to "white-man." This term is often used for whites AND black Europeans/Americans. The term is largely culturally and not necessarily about race ...
Click to expand...

Here's more insight into the other areas:


I don't know about in Ghana, but Ghanaians in the States called African Americans - those doncatti people.
https://destee.com/threads/african-americans-repatriate-to-ghana.79546/#post-860122

Liberia was a starting point that went bad, it has to be set straight, and until we face the grim reality of this music, all else fails ... the Return of Obruni.
https://destee.com/threads/african-americans-repatriate-to-ghana.79546/#post-860251

Obruni has a couple of meanings. Originally used for Europeans, the term has transcended race to include white thought and lifestyle. Calling an African American obruni doesn't necessarily mean that the local population doesn't think or know a person is Black, even Western influenced Ghanaians that live abroad are sometimes called obruni.
https://destee.com/threads/african-americans-repatriate-to-ghana.79546/page-2#post-860283

You must log in or register to reply here.
Similar threads
Black People : THE HIDDEN COST OF BEING AFRICAN AMERICAN
Africa : If you say being gay is not African, then you don't know your history
Black Spirituality Religion : Alexxys Tylor Endorsing Non-African Women Being Initiated Into Mamiwata Vodoun
Black People : Do You Identify With Being An African?
Africa : Ignore the article, and talk about African children being teased!
Black People : TThere Is A Fundamental Difference In Being A Civil Rights Advocate Than Being A Revolutionary Freedom Fighter
Black People : You Have Been And Still Is Being Lied Too
Black Poetry : Being hot from the hood is not good in any manner a plenty bandannas are worn by many car parked at the club but got a bad spark plug and my heart l
Black Spirituality Religion : Being a former church goer/christian ...
Black Entertainment : Liberian girl's song about COVID-19 being played on radio
Black People : Being Divinely True And Real
Benin : Daagbo of Ouidah being called "His Majesty" and "global leader of Vodun?!?"
Black People : Too Serious Being Black
Black People : The Black Tax: The Cost of Being Black In America
Black Poetry : This is hot and fly and it will occupy some dumb eardrums and some fear come from being haters, need elevators to take them all the way up like FAT J
Black People : Why Do Black Afrikans Allow That White Racist Unjust Prejudice Luciferian Human Being Set The Agenda For Black Commentary And Activism???
Black Entertainment : Snoop Dogg Shows Black Love By Thanking His Wife For Being With Him "Through The Ups And Downs Smiles And Frowns"
Black People : White Woman Identified After Being Filmed Saying She Wants To Kill N******
Black People : VIEW THIS... No need to Buy! Info that is so Enlightening to WELL Being!
Black Parenting : BEING CONSTANTLY ON THE CELL PHONE IMPACTS YOUR CHILD
Pets / Animals : Black the Rottweiler - talking to him about not being a Rottie that attacks / kills their owner
African American History Culture : Hundreds of black deaths in Summer of 1919 are being remembered
Black People Politics : You're not considered a human being, so how you gone get them to give you reparations?
Black Positive People : Dishwasher Awarded $21.5 Million for Being Made to Work on Sundays
Black Education / Schools : Mental Health and Well-Being by Design: Leveraging and Scaling High Impact Solutions to Support Comm
Black Poetry : Got a proud walk but loud talk in the library is not good seeing crazy and by being lazy could ruin
Black People Politics : Florida Ballets being illegally tranported.
Black Poetry : This one boy try remain like a train being late while seeing cake rolling down the track while holdi
Black People Politics : How Can I Fight for Your Baby - When My Baby is Being Shot in the Street?
Black People Politics : On this day of nationwide protests over mexican children being separated from their families ...
Black Poetry : Life's Autonomy being
Black Sports : Being black in Russia: World Cup 2018
Black People : BLACKS BEING TARGETED BY BOMBER IN TEXAS
Black Poetry : Drug slanging by new kid man hanging off the bridge like leaves on trees beg for his life like being
Health and Wellness : BREAKING News From CDC! Americans Are Being POISONED!
Libya : Africans are being sold at Libyan slave markets. Thanks, Hillary Clinton
Internet Technology : Neo-Nazi Website The Daily Stormer Is Now Being Hosted on Island With Mostly Black Residents
Chevron Dove : BEING BLACK or BROWN’ Is it Self Hatred or SELF-ish Preservation?
OldSoul : A slavery 'game' being used in schools
Black Sports : Colin Kaepernick Isn’t Being Blackballed Because He Knelt for Anthem - Rule violates 1st Amendment
Black People : CHARLOTTESVILLE NAZIS BEING IDENTIFIED AND FIRED THRU THE NET
Black People Politics : What's wrong with being friendly with Russia? What exactly is the fear?
Black Women : Party Of One: Three Black Women On Being Single And Satisfied
Black People Politics : 10-Year-Old Starts Empowering Clothing Line After Being Bullied For Her Dark Skin
Black Sports : Lue Reacts to LeBron Not Being Named MVP Finalist
Black Poetry : Outlaw: Being A Leader Ain't Easy
Black Education / Schools : University Miss Black pageant winner criticized for 'not being black enough'
Black Poetry : Outlaw: Just Being Real
Black Poetry : Being A Silent Multimillionaire (will make you look crazy)
Black People : today-show-viewers-react-to-tamron-hall-being-replaced-by-megyn-kelly
Share:
Facebook Twitter Reddit Pinterest Tumblr WhatsApp Email Link 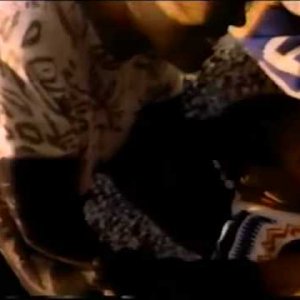