Black Short Stories : before it was a poem

Please support destee.com, the oldest, most respectful, online black community in the world - PayPal or CashApp - Thank you.
Donate
D

For most people, poems start in their brain. Thinking of some concept they feel is groundbreaking or half way witty. It’s almost as if the light bulb sparks the wheels in their brains and they construct what actually has the potential poem.

I had many of these, in-between my first full length feature and the poetry slams I have won over the past few months. I think from about October of 2005 to about January of the next year I spent countless hours constructing and rehearsing “SLAM” poems that worked as sort of a braggadocio for me. Telling crowds why I was the superior poet and in some cases why my opponents were no where close to my level.

That’s where I think most poets and artist alike steer wrong. The limelight and attention causes your ego to inflate, and ultimately your poems suffer to such an extent that they loose themselves.

That’s where the story of this poem actually begins. The poem, started one night in March after I finished competing in the Last Poet Standing (Kansas City.) I had been eliminated early and was growing quite frustrated with myself as I always do. I went home and decided to work on myself, and hopefully find my work somewhere along that journey. Passing KCI on my way back to my apartment in St. Joseph I got the urge to leave poetry alone all together. It seemed like I was always competing for recognition on the local slam circuit and with all of my traveling expenses, and registration fee’s I was losing more than I was winning.

I was running out of gas so I decided to stop at the quick trip in Platte city. While I was there I picked up a pack of black and mild’s and a lighter. I figured, “hell it cain’t get worse.” I had lost my job and had nothing planned for what I would do in such a situation, school wasn’t looking to good and I just wasted forty bucks that I didn’t know how I was going to replenish. As soon as I got out of the lot, I lit the pipe cigar. I think it was after my second or third exhale that the first lines, Some days I get so frustrated with the rat race/that I contemplate jus’ givin’ back my track shoes popped in my head.

I remember thinking; this poetry sh*t has got me nowhere thus far, so it’d be better to stop while I’m ahead, on the rest of the ride home. I turned up my maroon 5 CD and just blocked out any further thoughts on the poem. I eventually pulled off the highway and went back to my apartment to get some shut eye.

That’s probably why I don’t attribute this poem to myself. I was trying to rid my life of the craft. It was when I went to sleep that the majority of the poem came to me. The setting was the same as Last Poet Standing with a couple of exceptions. 1) No feature artist, and 2) the Host was Alice Walker (weird huh!) well the story gets weirder, when my name gets called and I can challenge any poet. I pick National Def Jam Poet Black Ice. Once he’s done with a poem which I honestly don’t remember, I stepped up to the microphone and took a look out at my crowd. It was nearly empty, My great aunt (also my god mother), my great-grandmother and great-grandfather, my mother’s father, my god son in an older version and two of the high school teachers that believed in me where just waiting on me to begin. I just started rambling the first lines from the gas station and from there I started sharing my frustrations with where life was taking me in rhyme. Right before I was waiting for the judges to show their score, God stopped the entire scene and started showing me things from their life. He showed me my god son’s mother struggling to make end’s meat; my great-grandmothers mother telling her the story of sneaking out to learn to read; etc. I think that was the point where I woke up and started the poem from; that’s when God told me to turn around and look back. Although it took me almost a month in a half to finish the piece in its entirety the message had been implanted in my soul in one night. The poem Fed Up was God telling me to stop using my intellect trying to construct something the crowd would feel, and write from inside you. The poem and the 4 cigar’s left in my pack of Black and Mild’s are a constant reminder that even at your lowest point there are many people that are less fortunate. The place in the poem when I’m looking outward to see myself within reminds me that God and those who you don’t think are looking are always watching. Bearing one’s cross is just a part of life.

some days
i get so frustrated with the rat race
that i contemplate just givin’ back my track shoes
i get to the point where i wanna say f*uck this poetry stuff
just spark a blunt and chase 151 with my issues
cause i’m tired of havin’ to choose
between past due rent and enough gas
to get me back and forth to school
and i keep thinkin’ a profession more practical
would be more fitting to my bank account
cause right now
i feel like i might not amount to more
than my current balance
but before life gives me another overdraft charge
i’ll just withdraw all my talents and take what’s left
to my grave
cause if i could catch a STD from the amount of times
life has f**ked me
with no Vaseline
i’d probably test positive for AIDS
i’d probably weigh seventy eight pounds
from the way stress has tore down
my immune system
and barely left my soul intact
but every time i get that close to the edge
god tell’s me,
“turn around and look back;
to the family members that have used thier backs
to get you from where you started to your final destination.
Look at the previous generations that didn’t get your opportunity at an education
and every time you don’t wanna go to class
remember the whips on your great great grandmothers
back and ***
she would get for tryin to learn the alphabet
you were taught when you were five
then look in the eyes of tho-se
who died at the hands of a police water hose
and tell them your only prospects were to stand on PROSPECT
sellin rocks
tell the mother that struggles rasin’ five kids
more often than not
you can’t find reason’s to live.
and it’s to hard to discipline
the gifts ’god has blessed you with.”
Then watch them tell you how ridiculous
It is to think that the race is given to the swift
They’ll tell you that in order to appreciate your blessins’
You gotta experience some friction
So keep spittin’ your poems and livin’ life with conviction
Pick up yo’ cross and and yo people, and bear the crucifixion

word up and what a deep story laid before us
as i read my vision roams and the thoughts lingers
and the friction mounds up like a give away and then taken
as if one was convicted of set for crucifixion , feel every beat

as a poet the beats goes on and here i am in the struggling box
nice write
Poetic flow, Poetry of a poet! Be a Premium member today and enjoy all the fruits . 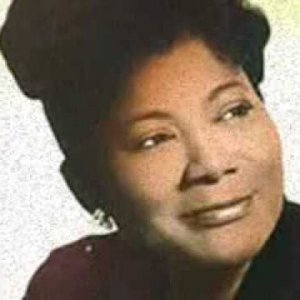