The majority of Black peoples inability to excel in life are compounded by obstacles that are both self-inflicted and institutionally imposed. There are certain aspects of life that one must grasp or have some semblance of in order to be the slightest bit relevant in this world. The absence of education and knowledge places one at the mercy of others because it leaves one irrelevant, at a disadvantage and vulnerable. It will more often than not handicap your ability to progress or to achieve your goals.

The basic necessities needed to forge through life are simple and far from complex. We are continuously making life much more difficult than it needs to be. If we were to just gather ourselves and map out a simple course of action needed to accomplish some very basic goals we would be able to position ourselves for greater opportunities. But this however is something that a large majority of us black folk fail to do. We have become so accustomed to being irrelevant and complacent that we don't even realize it. The process of devaluation and the marginalization by Europeans ( so-called white America ) over the years has damaged us to the point where we lack any positive perception of ourselves. To further compound this issue we are void of any substantive structure and discipline within our families and communities. We elect not to educate ourselves because of our self defeatist and nonchalant attitudes which also serve as constant road blocks in our life. We are rife with self-hatred and absent of self-identity which leads us to emulate the wrong people. We convince ourselves that a formal education and the ability to articulate oneself are qualities and characteristics unique to European ( so-called white people ). It is however quite the contrary, for these are essential components required to achieve any degree of success as a Black man or human being?

One major problem is that we handcuff and shackle ourselves mentally and physically. That for the most part is a very disturbing self-inflicted phenomenon. It is a process that requires very little effort on our part which is mainly due to complacency and familiarity. We tend to not possess the motivation or desire that is needed to change our situations. We have always succumb to our own fears, preconditioning and laziness. It has become too comfortable for us in our environment and we lack the initiative to strive for something better or different. Our little communities are a safe haven for us which doesn't demand anything except for the mere desire to exist. How disturbing is that? There are a disproportionate number of us who want to maintain the status quo and will not do anything that threatens it. We will not venture out of our immediate environment to explore possibilities of what life has to offer. We have become extremely comfortable with the current circumstances and have no inclination to change it. Fear and a lack of self-confidence......

We have without a doubt been bamboozled and don't even realize it. During four hundred plus years of slavery, we have been separated from our home country, stripped of our identity, afflicted with self-hatred, inflicted with cruel, vicious, inhumane treatment,. Not permitted to read, write, educate ourselves or to speak back to the European (so-called white man) without fear of physical retribution. We have had our spirits broken to demoralize us, our dignity castrated, endured unquestionable suffrage and have had to accept the Europeans ( so called whites ) as our masters and the superior race. We have been systematically conditioned to depend on these people for our very existence. That without their shameful arrogant pretentious benevolence we are meaningless and helpless. They have portrayed themselves as the savior and we have become the lamb of the field. The majority of Black folk are very much like sheep or cattle, breeding and wandering about aimlessly all day grazing in the pasture. We have been conditioned for docility and should we become unruly, his trusted herd dog (police) will restore things back to order.

This shepherds philosophy has become virtually ingrained in the minds of so many black folk . He has implemented a strategy of domination via psychological implementation, communication and demonstration. He has pitted the house negro against the field negro. The dark-skinned negro against the lighter skinned negro. The kinky and curly-haired negro against the straight and thin haired negro.The fat lipped and broad nosed negro against the thin-lipped and narrow nosed negro.The ignorant and inarticulate negro against the educated and articulate negro. This strategy has been adopted and implemented to perfection and the majority of us have become afflicted with it. The concept is to obliquely systematically divide and conquer. It is called The Willie Lynch syndrome and it has encapsulated us by design, we just don't know it. We need to wake up out of our stupor and realize that in order to remove these restraints we must liberate our minds and transform our attitudes. We must construct and embrace a rejuvenated renaissance within the Black communities and Black culture. Otherwise we will forever roam the pastures and graze among the grasses of ignorance. To be continued....

The Black man the solution to what??

Al D said:
The Black man the solution to what??
Click to expand...

the white man is intent on destroying the earth. he wants to kill us all.
only an unencumbered black man can save us.

Log in
Similar threads
Black People : Bamboozeled Part 2
Black People : They Drew Us...well Part One (Kids YT Channel)
Black Christians : How 'complementarianism' – the belief that God assigned specific gender roles – became part of evangelical doctrine
Black People : Something To Ponder part 1
Black People Politics : BIDEN WINS PART 2
Black People Politics : VOTE_Fraud claims aimed in part at keeping Trump base loyal ..
Black People Politics : Older Black Voters are doing their part
Black People : Consciousness Raising Online - for Oct 11, 2020 - Africa Before Invasion Part 1
Black People : CONSPIRACY THEORY PART II
Black People Politics : Facebook to pay users to quit the app as part of election study
Black People Politics : CONSPIRACY THEORY PART 1
Black People : Cosmic Slop (1994) A three-part anthology
Africa : 10 African Countries Have No Ventilators. That's Only Part of the Problem
Black Spirituality Religion : Is This Present Coronavirus Outbreak a Part of Biblical Prophecy (the Pale Rider)?
Black Poetry : Each part of your body is a whole love-erotic poem lyric, romantic, erotic fantasy, no beauties of nature can compare with this and even the views of
Black Spirituality Religion : Salawa (Karma) and its ramifications for African people according to Vodun part two
African Traditional Religion : Salawa (karma) in Vodun and how it creates Maroons part 1
Ghana : Ghana granted citizenship to over 100 African Americans and Afro-Caribbeans as part of Year of Return
Black Spirituality Religion : What part did God play in the creation of any religion?
Black Short Stories : The Auguries Part II
Black Poetry : I'm a brown Soul Sista looking for a bold mister in VIRGINIA BEACH My mini-skirt is a part of my wor
Black Poetry : SANTA’S CUMMING (A COMEDY) Glad sometimes sex is a messy start for the fleshy part Of a girl’s body
Black Poetry : Use to sketch online for a great stretch of time come up with art nice enough to suffice a part of m
Black Sports : Marc Gasol part of Mediterranean rescue effort to save shipwrecked migrant woman fleeing Africa
Black Poetry : SANTA’S CUMMING (A COMEDY) Glad sometimes sex is a messy start for the fleshy part Of a girl’s bod
Black People : My misguided views: The prediction of the fall Part 2
Black People : Sexualizing Children Now a Part of School Curricula
Audio Video Web Conferencing : Africa Before Invasion Part 2 - Consciousness Raising Online with Brother OldSoul
Black Poetry : A part of All
Black People Politics : Part 2: Donald Trump - Super Duper Fool
Black Relationships : Is arguing a natural part of every relationship?
Black Children : How Are You Striving To Be A Part Of The Solution Today?
Black Money Business Jobs : 5 Part-time Franchise Opportunities for Your Side Hustle (Don’t Quit Your Day Job)
Black Sports : This is part of the reason they don't like Serena
Black Hebrew Israelites : HEBREW ISRAELITE ORIGINS -- PART II
Black Christians : Tithing and New Covenant Giving - Part 2
Black People : Be a part of the healing power of nature
Black Christians : Tithing and New Covenant Giving - Part 1
Brother AACOOLDRE : Secrets Uncovered: J.Edgar Hoover Part 2
Black Poetry : look I feel sick need deals quick and after a few days disaster plays a part master the phrase of HI
Black Entertainment : Idris Elba Will Push His Body, Mind and Engineering Know-How in 4-Part Series, ‘Idris Elba No Limits
Black Relationships : Shahrazad Ali on Geraldo (1990) PART 1 thru 4
Black Poetry : wow black history month is a joke unless the whites play their part here's what it should be
Black People : The Perpetual Slave Part 1
Black People Politics : Black Consciousness vs Christianity – Part 1.
The Front Porch : Hello everyone, I am please to be a part of this forum
Black People : I Am A Part Of The Black Diaspora In The Americas Too!
Black People : We Are A Part Of The Black Disapora!
Black Spirituality Religion : Freemasonry & What It Means to Black Men: Part I
Black Entertainment : Whatever Did Happen To Hip Hop Part Two
Share:
Facebook Twitter Reddit Pinterest Tumblr WhatsApp Email Share Link 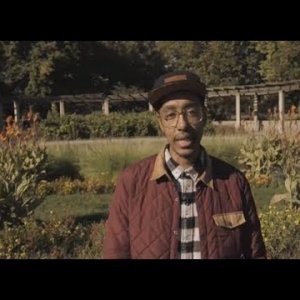