B. Smith, be successful

From home furnishings to restaurants, `the black Martha Stewart' does it her own way

As a cookbook author, furniture designer, restaurateur and television host, B. Smith is often compared to another famous domestic diva.

The media have tagged Smith the "black Martha Stewart" ever since she launched a lifestyle television show in 1999 and created her first collection of home furnishings for Bed Bath & Beyond in 2001. But Smith has carved out a career that stands on its own.

"In the beginning, it helped people to understand what I do," Smith said about the Stewart comparisons. "She had a furniture line before me. And she was in (a giant retail chain) before me because they couldn't understand my hair, which is sad. My hair has nothing to do with my products.

"But you know what? I don't take it personally. I just keep on trying until I get to where we want to go. I never give up. I never take no for an answer. My husband and I say we have stood on a mountain of 'no's' for one 'yes'."

At 58, Smith (the B stands for Barbara) is a whirlwind of activity. An ambassador for the Lawry's seasoning company, she was in Houston recently to tout a recipe contest — but she also gave a pep talk to employees at Bed Bath & Beyond, offered design tips on Great Day Houston and discussed a new furniture line she has created in collaboration with Clayton Marcus, a division of La-Z-Boy.

The At Home With B. Smith collection is the first from an African-American woman for national distribution.

"I'm practical, but at the same time, I like to spread the word that everyone can live the good life," she said.

Growing up in western Pennsylvania, Smith had great role models. Her family was not wealthy, but their home had style. In his spare time, her father hung wallpaper and built kitchen cabinets, while her mother cooked, sewed, gardened and refinished antique furniture.

"Food and fashion have always been a part of my life," Smith said.

It's something she has passed on to her family. Upon meeting her 5-year-old stepdaughter, she asked how they should decorate the child's room. Her stepdaughter picked pink and red, so they devised a tasteful room of pink walls and red bunkbeds. Smith also bought flatware with bright, crayon-colored handles to encourage the child to enjoy setting the table.

Smith's own journey took her to New York after high school when she signed a modeling contract with the Wilhelmina agency. She appeared on the covers of 15 national magazines — including, in 1976, Mademoiselle's first ever featuring an African-American woman.

Smith opened a restaurant in midtown Manhattan in 1986; it now has locations in Sag Harbor, N.Y., and Washington, D.C. She decorated all three restaurants as well as homes in Manhattan and Long Island.

She drew on these experiences to design her furniture collection, which is divided into three distinct looks: an urban theme inspired by her penthouse apartment overlooking Central Park; a coastal look reflecting her Sag Harbor beach house, and a global collection called Mosaic Treasures, based on her travels. Prices run between $1,299 and $1,999 for sofas and $249 and $899 for accent pieces. Fingers, Brandon and Bella Furnishings carry the line in Houston.

Even though she touts new home furnishings and housewares, Smith says it's perfectly fine to adapt what you already own.

She sometimes places tiny floral arrangements in wood-and-glass enclosed candleholders instead of candles to add variety. "You need to think outside the box," she said."Everybody can have a little bit of the good life. It doesn't have to be expensive, but it should be something that makes you feel good."

She acknowledges that many people are nervous about entertaining on a large scale, so she advises to start small. Invite one couple — that way you can have a really good conversation and get to know them — and start simple, with wine, cheese and ********.

Paper cocktail napkins are fine, but buy them in a color that coordinates with your home, she suggests. "It shows someone went that extra mile," she said. "It doesn't have to be the big things."

Smith is always looking for new ideas. During a luncheon in a private dining room at Tony's, she admired the table setting.

"I'm looking at this charger they have on the table, and I'm thinking, 'I want to take (my collection) up a notch,' " she said. "I learn from everybody." 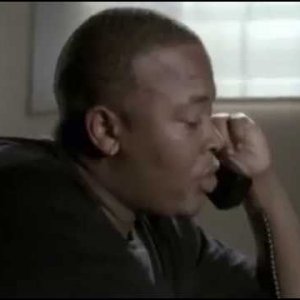