On a warm and sultry Saturday, on Sept. 22, 1906, thousands of whites in Atlanta joined together in the downtown area and began attacking and killing blacks in the city. The violence continued for four days. By the official count, 12 blacks and two whites were killed. Although many historians say dozens were murdered, the 1906 race riot has not been commemorated or taught in schools until now.

The riot broke out in the Five Points area of Atlanta, the heart of the city. Today, Five Points is the center of a bustling downtown area, with high-rise office buildings and banks. Even then, Atlanta was considered the capital of the New South. People came from farms in search of better jobs and a better life. Many were poor and many were black, adding to racial and class tensions.

The Atlanta riot received international attention, appearing on the cover of the Oct. 7, 1906, issue of the French publication Le Petit Journal. The story carried the headline: "The Lynchings in the United States: The Massacre of Negroes in Atlanta."
Click to expand...

Mayhem and Murder on the Streets

Thousands of whites congregated downtown, armed with any kind of weapon they could find: pitch forks, guns and knives. Kuhn says the riot began about 10 o'clock. It was, he says, "a pitched battle in the heart of downtown Atlanta, involving as many as 10,000 white men and hundreds of black men and women, who were unfortunate enough to be there on the street."

One of those who witnessed the riot was 13-year-old Walter White, the son of a letter carrier. He was black, although he didn't look it, with blond hair, blue eyes and fair skin. His niece, Rose Martin Palmer, recalls White's story.

"When they got up to Peachtree, towards the Herndon barber shop, he saw the mob," Palmer says. "And this little boy with this withered foot ran out of the barber shop. And [Walter] saw him clubbed to death by the mob. And this is what stirred in him the feeling of understanding of what hatred was all about -- race hatred."

This was the defining moment for Walter White, who went on to devote much of his life to improving race relations; he would eventually became the executive secretary of the NAACP.

Others recall stories of the 1906 race riot that remained with them all their lives.

Evelyn Witherspoon, a white woman who was 10 years old at the time, was interviewed in 1980 for a documentary that aired on WRFG in Atlanta.

"I woke somewhere around midnight and could feel tension in the room," she told WRFG. "My mother and her sister were kneeling in front of the window, looking out into the street. I got up and said, 'What is it?' They said, 'Go back to bed.' But I knew something was going on, and I came to the window and knelt down between them. And there I saw a man strung up to the light pole. Men and boys on the street below were shooting at him, until they riddled his body with bullets. He was kicking, flailing his legs, when I looked out."

A City Engulfed in Chaos

As the chaos continued, barber shops and other black businesses were attacked, along with street cars. Both races used street cars for transportation -- whites sitting in the front and blacks in the rear. Black men and women were pulled off street cars, beaten and killed.

The riot continued for days. The governor called out the militia. More than 250 blacks were arrested in Brownsville, south of Atlanta, after a white policeman was killed there as the community tried to defend itself. Clarissa Myrick Harris, a history professor and co-curator of an exhibit about the Atlanta riot, says the number of victims was much greater than the official records show.

"Bodies disappeared," Harris says. "Families did not want it known that their loved ones died during the riot, because they feared further retribution. They feared that someone would come attack them."

Atlanta officials, she says, also did not want the true death toll reported, because "that would further damage the reputation of the city." 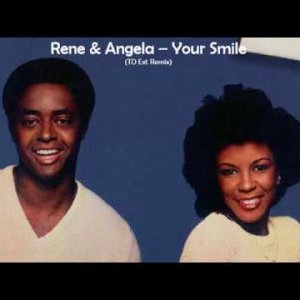