The scandal began in 2009 when theAtlanta Journal-Constitution published analyses of Criterion-Referenced Competency Tests (CRCT) results which showed statistically unlikely test scores, including extraordinary gains or losses in a single year.[1] An investigation by the Georgia Bureau of Investigation(GBI) released in July 2011 found that 44 out of 56 schools cheated on the 2009 CRCT.[2] 178 teachers and principals were found to have fixed incorrect answers entered by students.[3] The size of the scandal has been described as one of the largest in United States history.[3][4][5]

The scandal has thrust the debate over using high-stakes testing to hold educators accountable, mandated by the 2001 No Child Left Behind Act, into the national spotlight.[6] Teachers who confessed to cheating blamed "inordinate pressure" to meet targets set by the district and said they faced severe consequences such as a negative evaluation or termination if they didn't.[6]

Prior to the scandal, the APS had been lauded for making significant gains in standardized test scores. Between 2002 and 2009, eight-graders' (the grade level at which the CRCT is taken) scores on the National Assessment of Educational Progress reading test jumped 14 points, the highest of any urban area.[5] Superintendent Beverly Hall, who served from 1999 to 2010, was named Superintendent of the Year in 2009.[7] The GBI's report said Hall "knew or should have known" about the scandal.[2] Hall's lawyer has denied she had any knowledge of cheating practices.

Georgia should seize the chance to change the tenure system and fire bad teachers.

By Robert Enlow
For those who haven’t seen the documentary “Waiting for Superman,” there is a portion of Davis Guggenheim’s film devoted to a place in New York City public schools known as “The Rubber Room.”
It is a place where teachers who were accused of crimes, academic or criminal, and who could not be removed from their jobs were sent to wait in limbo, sometimes for years.
That’s because, thanks to the over-the-top contracts bargained for by the teachers unions and agreed to by school boards, it’s very nearly impossible to fire a teacher in this country.
It’s called tenure and it means that teachers who are accused of crimes or incompetence cannot be dismissed without undergoing a lengthy dismissal process that can cost taxpayers millions of dollars. It is an archaic benefit that defies common sense and one that most of us in the private or non-profit sector don’t enjoy.
We may soon see in Atlanta Public Schools the reality of teacher tenure policies playing out in the cheating scandal.
Interim Atlanta Public Schools Superintendent Erroll Davis should be commended for issuing an ultimatum to 179 APS teachers and principals involved in the Atlanta testing scandal. He said either resign or be fired.
But the teachers unions are stepping in to fight these firings, potentially protecting a worker’s interests over the welfare of students....

By Heather Vogell
The Atlanta Journal-Constitution
Across Atlanta Public Schools, staff worked feverishly in secret to transform testing failures into successes.
Teachers and principals erased and corrected mistakes on students’ answer sheets.
Area superintendents silenced whistle-blowers and rewarded subordinates who met academic goals by any means possible.
Superintendent Beverly Hall and her top aides ignored, buried, destroyed or altered complaints about misconduct, claimed ignorance of wrongdoing and accused naysayers of failing to believe in poor children’s ability to learn.
For years — as long as a decade — this was how the Atlanta school district produced gains on state curriculum tests. The scores soared so dramatically they brought national acclaim to Hall and the district, according to an investigative report released Tuesday by Gov. Nathan Deal.
In the report, the governor’s special investigators describe an enterprise where unethical — and potentially illegal — behavior pierced every level of the bureaucracy, allowing district staff to reap praise and sometimes bonuses by misleading the children, parents and community they served.
The report accuses top district officials of wrongdoing that could lead to criminal charges in some cases...
...For teachers, a culture of fear ensured the deception would continue.
“APS is run like the mob,” one teacher told investigators, saying she cheated because she feared retaliation if she didn’t.
The voluminous report names 178 educators, including 38 principals, as participants in cheating. More than 80 confessed. The investigators said they confirmed cheating in 44 of 56 schools they examined....
....Don’t blame teachers?
Phyllis Brown, a southwest Atlanta parent with two children in the district, said the latest revelations are “horrible.” It is the children, she said, who face embarrassment if they are promoted to a higher grade only to find they aren’t ready for the more challenging work.
Still, she doesn’t believe teachers should be punished.
“It’s the people over them, that threatened them, that should be punished,” she said. “The ones from the building downtown, they should lose their jobs, they should lose their pensions. They are the ones who started this.”


I am shocked and saddened by the facts uncovered by the Investigators. The instances of cheating they have documented are serious and cannot be ignored. I am particularly concerned for those students who have been affected by misconduct and whose education has fallen short as a result.

I am also disturbed by the repeated references to statements by teachers and other professionals declaring that they cheated or chose not to reveal cheating because of a perceived atmosphere of intimidation and retaliation. A number of years ago, we installed a hotline by which persons with knowledge of misconduct could report it and could do so anonymously if they wished. Anonymous emails and letters provided a further channel of communication. Even so, it now appears that our efforts and procedures were not enough.​


To the extent that I failed to take measures that would have prevented what the Investigators have disclosed, I am accountable, as head of the school system, for failing to act accordingly. I sincerely apologize to the people of Atlanta and their children for any shortcomings. If I did anything that gave teachers the impression that I was unapproachable and unresponsive to their concerns, I also apologize for that. Where people consciously chose to cheat, however, the moral responsibility must lie with them.

I do not apologize for the reforms my staff and I implemented during my tenure as superintendent. The public has a right to hold educators — and administrators — accountable if they fail to teach children what they need to learn. We set goals for our schools because our students deserve no less. But, most importantly, we accompanied our targets and the targets mandated by No Child Left Behind with programs and facility improvements designed to give principals and teachers the means to achieve them.

It is my hope that APS parents and supporters will not read the report as a sweeping indictment of the Atlanta Public Schools and the accomplishments of the past decade. The vast majority of our educational professionals are dedicated, hardworking and innocent of wrongdoing. They fully deserve our respect and our gratitude. ....


.....The initial 800-page report criticized Hall for breeding "a culture of fear and intimidation," in which teachers feared speaking out about cheating by coworkers that they became aware of, and in which educators were pressured to meet or exceed annual goals for test results. Hall told The New York Times that how she's been portrayed in the media is an image "foreign" and "crazy" to her.

Hall has also repeatedly denied a culture of cheating or fear, first telling The Times in September that she "can't accept" its existence, and noting on Rock Center this week that she "can't imagine where the fear and intimidation came from."

In July, Hall repeatedly denied being aware of widespread cheating during her tenure. She told WXIA-TV that she "absolutely knew nothing about the cheating."The district's high test scores after Hall's arrival at APS propelled Hall's status to National Superintendent of the Year, brought her $580,000 in bonuses and reaped in nearly $1 million in federal funds for Atlanta schools --which were under threat following the investigation.

Hall retired from her top spot at APS just before investigators released their report.

The district is now led by interim Superintendent Erroll Davis. 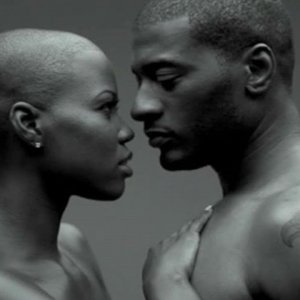