Black Atheists : Atheist scientist claims religion will be gone in a generation. Is he right?

No, it wont be gone in a generation because religion isn't passed down in just one way. It could be true if the only place people learned religion from was on the internet. However, the bible itself has self-defense mechanisms against people thinking and using their own brains. The bible has its own security system and the system constantly reinforces belief in the bible. And when your elders... your parents, grand parents, etc.
constantly reinforce this belief, and all your friends and/or family, are stuck in that same bubble, it creates an echo chamber.

At some point many people believe without even a good reason. They find value in the belief itself. And the belief often gives them the courage they think they need to handle life's trials and tribulations. And when they cannot believe in themselves, they believe in God, and that belief makes them more powerful in ways they don't readily understand. And so they credit that power to God the same way that a victorious army (or football team) will thank their god for allowing them to slaughter their foes even though the same god is often viewed as the same god of the other army/team.

It is amazing but what we have to understand is that religion isn't mostly intellectual. It's mostly emotional and psychological.

Black Atheists : ATHEIST?? Why label At All?

Black Atheists : It's impossible to be an Atheist from an (general) African perspective
2 3 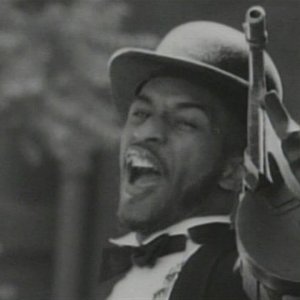