Black People : Are you willing to die?

All due respect brother but


bigtown said:
All revolutions do indeed need masses willing to risk it all, ridicule to death in order to achieve a common goal. If no one is willing to go that far, then it is just people talking for the purpose of amusement. If we all believe that the world wants us to be a race of slaves or wants us to disappear from the planet, then it is not too much to risk everything to fight against it. If you are not willing to go that far, then you should admit that you are comfortable with things the way they are and quit complaining. Move on and talk about Kanye West or Rhianna or some other insignificant topics.

We can agree to disagree, but I recall in another post you mentioned you don't realy care about people, or was it the masses are (expletive) so (expletive) them was the term you used.
Therefore why criticize anyone for thier methodoligy o modalty iof showing concern?
i aprreciated the original premiss of the post because it initiates deeper thinking ands I stand by my strategy,

FOR THOSE WHO DO CARE

It is interesting the many ways hatred or fanaticism are or can be expressed, for instance if one hated the green movement or ecology, the comment or question would be well if there is so much concern then go out and die for it.
The cessation of life in terms of any cause is predicated upon the refusal to use logic or strategy.
In terms of the protection of ones family then some things are obvious but in terms of a cause or a struggle, the fanatical approach is to go to the extreme.

In terms of the liberation struggle of Black folks in this nation against White Supremacy martyrdom only means something amongst a fanatical group, and as a people we are nor fanatical.
When Malcolm, Martin and Fred Hampton were assasinated, there was some rioting, some depression in groups, but after a few years folks went on as though they had not heard or absorbed the message that these men had left.

A.In terms of the present situttion of the Global Black community, no death is pleasant

That is the first premise to take a look at.

B. the Second is that physical death only gives joy , pleasure and siuccess to ones opponent.

D The fourth premiss is for the victim in asituation to analyze the modus aperendi of ones opressor.

1 If the modus aperendi is to keep one complacent egading the plight of ones fellow person of African descent, then YES
one must be willing to let that aspect of conciousness to die

2 If the modus aperendi of the opressor is to rule by divide and conquor, or as some mistakenly like o use the term , Willie Lynch, then Yes ones indifference must die and evolve into love

3 If the modus aperendi of the opressor is to keep Black folks from unifying on any real national level to solve our problems collectively,
then Selfishness in ones conciousness must be ready to be embalmed and buried

5 Now if the opressor itself is facing undue hardship and financial agony and is dependant upon every penny spent by the victim ,
then ith aberation of Greed must be mortified so that one learns to withhold ones dollars for the benefit of the greater good of ones group, andspend and invest those dollards with that group

But all of this is truly predicated on the spiritual, noy religious elevation, since this goes back to the first premiss, that none of these modalities are pleasant to let die.


We can agree to disagree, but I recall in another post you mentioned you don't realy care about people, or was it the masses are (expletive) so (expletive) them was the term you used.
Therefore why criticize anyone for thier methodoligy o modalty iof showing concern?
Click to expand...

You must be thinking of someone else Swope, I don't believe I ever said that. As far as any revolution or movement goes, I know that black people are the least dependable of all races. I guess I pretty much already knew the answer to my question.

oldiesman said:
oh, is this the beginning of the revolution bigtown?
Click to expand...

And, dagnabbit!...Will it be TELEVISED this time?!

BAMN - By Any Means Necessary

bigtown said:
My question to everyone on Destee is that if the world wants us black people dead or slaves. No one wants to be a slave correct?
Click to expand...

I DONT THINK ANYONE WANTS TO BE EITHER.....

bigtown said:
So why are we here talking the evil white man, going "back" to Africa, and the "black men are warriors" rhetoric?
Click to expand...

WELL....THE WHITE MAN IS EVIL.....MAYBE NOT ALL OF THEM , BUT THE ONES IN POWER ARE DEFINITELY PSYCHOPATHS , IN MY OPINION......

AS FOR GOING BACK TO AFRICA......MY QUESTION IS ...ARE THE AFRICANS WILLING TO FIGHT TO TAKE AFRICA BACK ?.....ARE THEY/WE WILLING TO DIE FOR THAT CAUSE ?.....AND ARE WE MATURE ENOUGH TO BOND WITH THEM ?

BECAUSE THE WAY I SEE IT , WE HAVE ALL WE NEED TO BUILD AFRICA IN THE DOMINANCE SHE ONCE HELD....

AS FOR BLACK MEN BEING WARRIORS.....I THINK WE ARE.....WE ARE JUST MISGUIDED , BECAUSE SO MANY OF US ARE EAGER TO FIGHT ONE ANOTHER . IF THAT DEEP ANGER WAS POINTED ANOTHER WAY , COLLECTIVELY , WE WOULD RE-DEFINE THE TITLE......WARRIOR

bigtown said:
If you believe that you are a slave, then you should be willing to die to gain your freedom, right?
Click to expand...

I WOULD BELIEVE IN MY CREATOR FIRST , MYSELF , AND THEN MY BROTHER.....AND IN THE NAME OF FREEDOM , ESPECIALLY FOR MY FAMILY , OH YES......IM WILLING TO DIE....

I DON'T ACCEPT THAT I AM A SLAVE , THOUGH I FEEL WE ARE CAUGHT UP IN A NEW SYSTEM OF SLAVERY....AND I KNOW WE AREN'T COMPLETELY FREE.......BUT WE COULD GAIN FREEDOM , IF WE ONLY STOOD TOGETHER...

EVEN HARRIET TUBMAN COULDN'T CONVINCE THOUSANDS OF SLAVES THAT THEY WERE SLAVES......SO HOW COULD THEY WANT FREEDOM ?


bigtown said:
Are you willing to give your life as a powerful individual? Or are you waiting for the Mythical black leader to appear and give his?
Click to expand...

THE ONLY MYTHICAL BLACK LEADER I KNOW THAT COULD HELP US IS......UNITY...

bigtown said:
Apparently you're very comfortable with the current circumstances with racism. No need for you to complain, take care of your fam.
Click to expand...

only a fool or someone acting foolishly would take that from what i said... 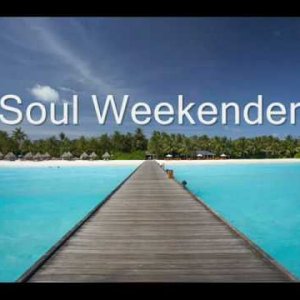